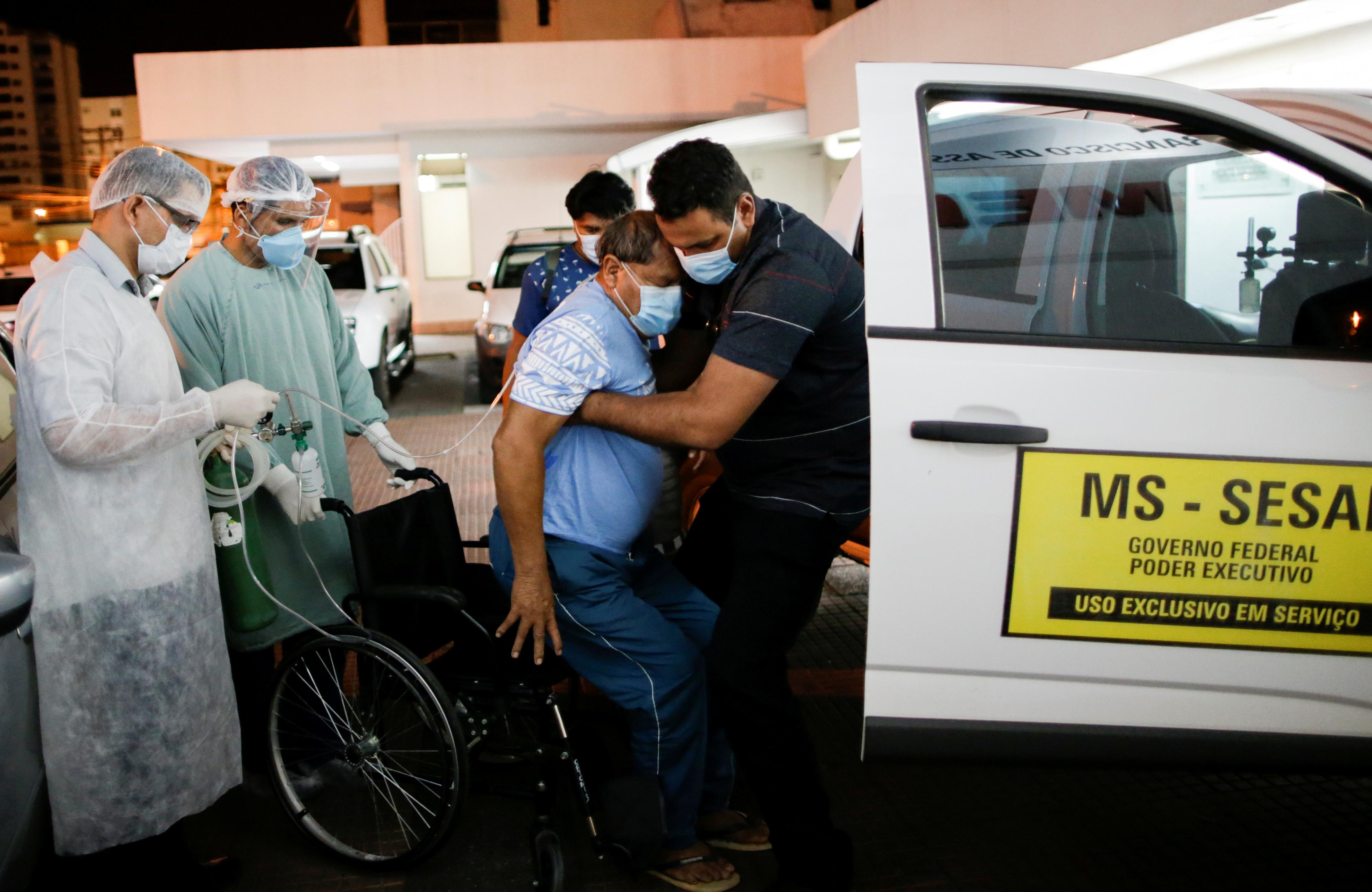 GOIANIA, Brazil (Reuters) – Aritana Yawalapiti, one of Brazil’s most influential indigenous leaders, arrived at a hospital in the central city of Goiânia early on Wednesday to be treated at an intensive care unit for COVID-19, after an arduous journey over rural roads with a dwindling supply of oxygen.

The hospitalization of Aritana, who is around 70 years old and leads the people of the Upper Xingu in central Brazil, is a powerful symbol of the threat to vulnerable indigenous communities in Brazil, the world No. 2 coronavirus hotspot after the United States.

Aritana came down with COVID-19 symptoms in recent days, and initially declined to leave his village in a remote part of the state of Mato Grosso, according to Celso Correia Batista, who aids indigenous people. However, as his condition deteriorated, and he needed oxygen to breathe, Aritana agreed to be hospitalized, Batista said.

Aritana and Batista set off on a 10-hour drive to a hospital in the small city of Canarana, in Mato Grosso. After performing a lung scan, they began looking for ways to get him to an ICU, but were unable to find a doctor willing to transport him by air. As a result, they decided on a risky nine-hour car journey to Goiânia.

Batista said they traveled with four 1,000-liter oxygen cylinders during the trip – two of which were “practically empty” – to keep the chief alive until he reached the hospital. On the way, Batista said, the cylinders were replaced by full ones in a quick pit-stop. “Otherwise we would have lost him,” he said.

After arriving in Goiânia at 1:30 a.m. on Wednesday, Aritana had to wait 30 minutes outside the hospital as he had not traveled with any documents.

“His condition is serious, but he has every chance of survival,” said Batista.