RIO DE JANEIRO (Reuters) – When coronavirus hit and tourists stopped coming to Thiago Firmino’s Rio de Janeiro favela tour, he decided to act. Unwilling to wait for officials to react, he donned a white suit and set about disinfecting the streets of the Santa Marta slum. 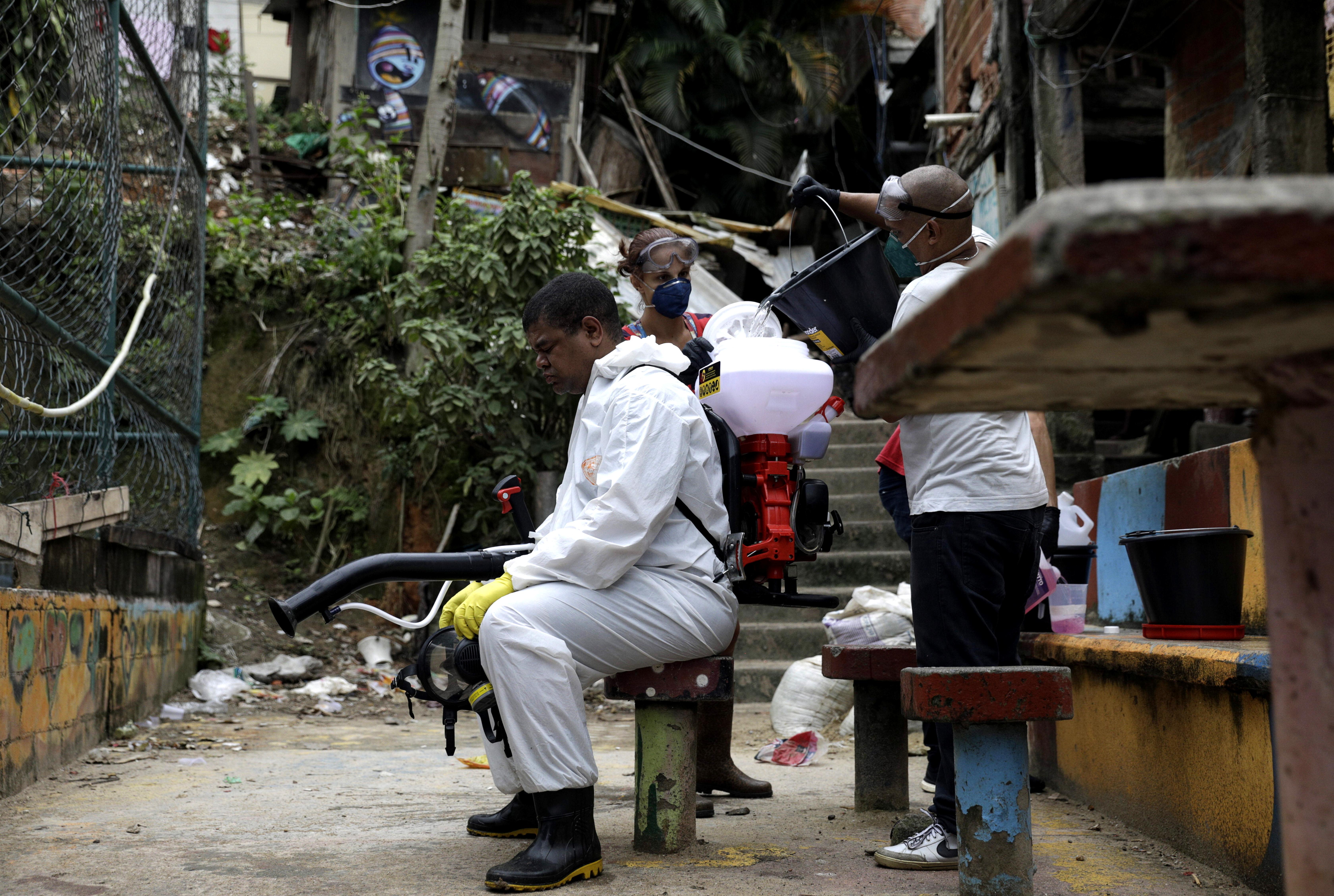 Having watched with horror as the virus spread round the world, Firmino, 39, launched a scheme to sanitize the Santa Marta favela.

Dressed as a “Ghostbuster,” Firmino leads the latest in a growing number of community-led programs to combat the spread of a virus that many expect to wreak havoc in Brazil’s poor, densely-packed slums.

“I wouldn’t call it heroic, but we have a ferocious attitude,” said Firmino as he took a break from spraying the stairways and back alleys of Santa Marta to the applause of quarantined residents.

Around 4,000 people live in Santa Marta, one of Rio’s most iconic favelas.

Set behind the beachside neighborhood of Botafogo, it boasts spectacular views of the Sugar Loaf mountain and even a statue of Michael Jackson, who filmed the video to his song “They Don’t Care About Us” in Santa Marta.

Firmino’s wife, Wilcieide Miranda, said that so far there were no known cases of COVID-19, the respiratory disease caused by the novel coronavirus, in the slum.

She and her husband rely on community donations to undertake their sanitation work.

“Tourism is the first to stop and the last to return,” said Firmino. “We are doing this voluntary action with residents so we can take care of ourselves, because I would rather be without work than without my life.”

This week, authorities reported the first six coronavirus deaths in Rio’s favelas, which are often controlled by drug gangs and violent self-defense militias.

Last month, Reuters reported that gangsters had imposed curfews in some of the city’s slums to fight the spread of the coronavirus.

On Wednesday, Brazilian Health Minister Luiz Henrique Mandetta said he would talk with the gangsters who act as the slums’ de facto rulers about how to best tackle the virus.

“They are also human beings and they need to collaborate, help, participate,” he said.

So far, 1,057 people have died from COVID-19 in Brazil, with 19,638 confirmed cases, according to the latest official figures on Friday. Nearly 150 people have died in Rio state, where there are 2,464 cases, the figures show.