The Parakana people have for decades been fighting to protect their land from illegal miners, loggers and farmers. 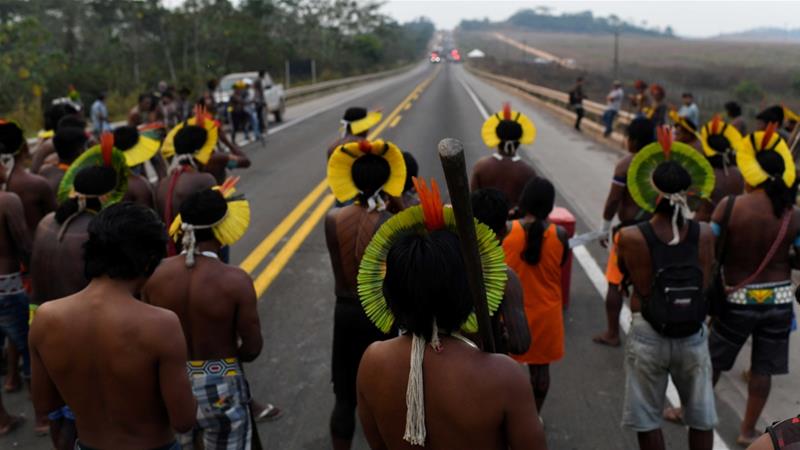 When Kawore Parakana sees the smoke rising on the horizon, the Indigenous leader knows that another part of Brazil’s Amazon rainforest is gone.

For more than three decades, the Parakana people have been fighting to protect their land in the Apyterewa reservation, in the northern state of Para, from illegal miners, loggers and farmers who clear large swaths of trees.

“With each day that passes there is a huge amount of deforestation. They create large fields. There has been a lot of smoke here lately at the bottom of the area,” Kawore said. 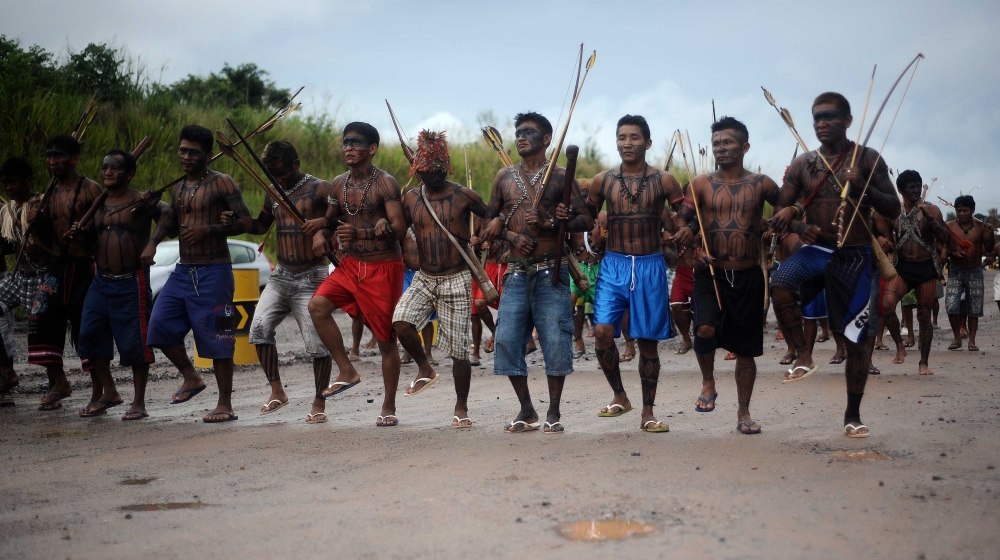 He said the Parakana fear there will be many more burning trees after a Supreme Court decision that could allow the municipality that oversees the reservation to legalise the presence of farmers already encroaching on the land.

In May, Justice Gilmar Mendes opened the door to negotiations between Brazil’s government and the municipality of Sao Felix do Xingu, which wants to reduce the size of the Indigenous territory on behalf of a local farmers’ association.

The negotiations – referred to by the court as a conciliation – could set a precedent for the reduction of other Indigenous territories across the country, they warn. “Rights to (Indigenous) territories, as provided in the Constitution itself, are non-disposable rights – they are not subject to any type of negotiation,” said Luiz Eloy Terena, a lawyer at APIB, Brazil’s main Indigenous federation.

Eloy explained there are several other Supreme Court hearings set for the coming months to address similar land conflicts between Indigenous communities and illegal miners, loggers and farmers.

Those hearings may be influenced by the result of the negotiations over Apyterewa, he added.

Eloy and other Indigenous rights advocates say the Parakana were not initially asked to participate in the negotiations about their own land. 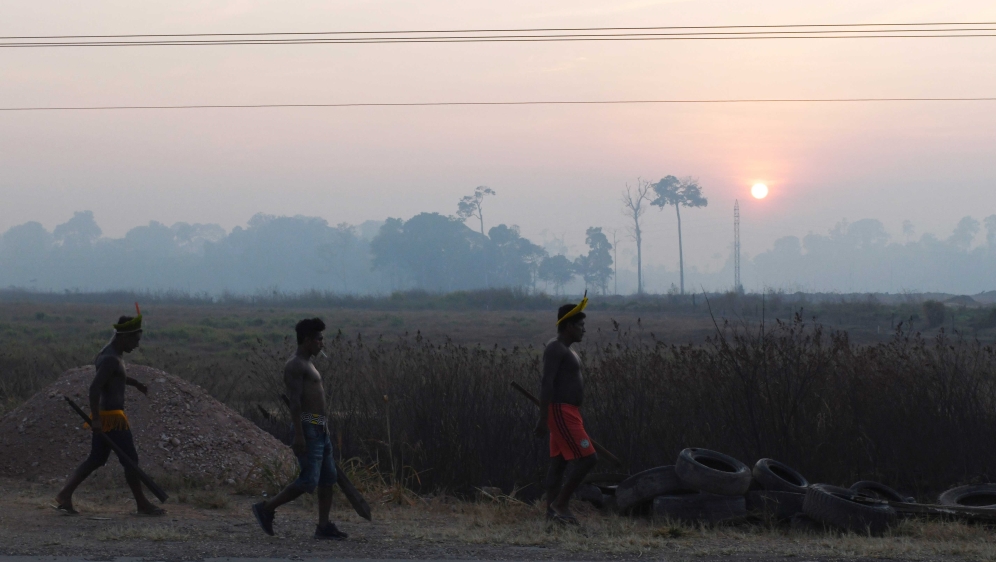 In June, the Attorney General’s Office published a document criticising the lack of Indigenous representatives in the process.

The Thomson Reuters Foundation made several requests for comment to Mendes, the Attorney General’s Office, the lawyer representing Sao Felix do Xingu and the farmers’ associations, but received no replies.

For the Parakana people, negotiations are not an option, Kawore said – the only acceptable outcome for the community is the eviction of the invaders from their land.

“We don’t want to give them even a millimetre,” he said.

Covering 730,000 hectares (1.8 million acres), Apyterewa had the second-highest level of deforestation amongst Indigenous territories in 2019, according to the National Institute for Space Research (INPE), which tracks deforestation in Brazil.

Deforestation in Brazil’s Amazon hit an 11-year high last year and has soared a further 25 percent in the first half of 2020, according to INPE. 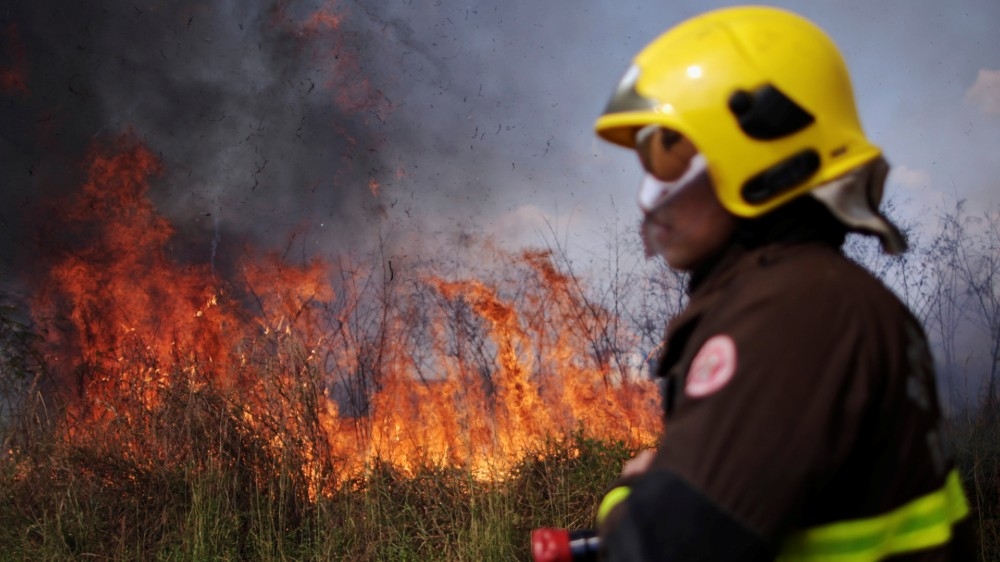 The tree loss is driven mainly by forest being cleared for cattle ranching, soy cultivation, and illegal gold mining and logging.

Forests are vital for curbing climate change, as trees absorb about a third of the planet-warming greenhouse gas emissions produced worldwide.

The Amazon forest also plays a crucial role in producing moisture that falls as rainfall in the southern agricultural heartlands of Brazil and Argentina – areas hit by heavy drought in recent years as the forest disappears.

Under Brazil’s current constitution, enacted in 1988, Indigenous lands belong to the state, which grants Indigenous peoples the permanent right to live and work on them.

Indigenous reservations, which the federal Indigenous affairs agency, Funai, said make up more than 12 percent of Brazil’s territory, have long been targeted by outsiders looking to tap their natural resources.

Human rights groups say invaders have been stepping up their activities in recent years, emboldened by Brazil’s right-wing President Jair Bolsonaro and his plans to introduce mining and farming in protected and Indigenous lands in the Amazon region.

“The government wants to exchange Indigenous people for cattle. That is the government’s main interest – to transform the forest into farmland and put cattle on Indigenous land,” Kawore said.

Carlos Fausto, an anthropologist and lecturer at the National Museum, a leading research institution in Brazil, said the Supreme Court’s decision could have long-lasting implications for Indigenous land rights and for the Amazon.

“It means all Indigenous land will be a target from now on,” he said.

In destroying large swaths of forest cover, the illegal miners and loggers are also affecting water sources vital to the animals that the Parakana hunt for food, he added.

“Worst of all, we are talking about an area where springs that serve as subsistence to the Parakana people are located,” said Fausto, who carried out his doctoral research among the Indigenous community.

“One of the greatest threats caused in the process of forest clearing is to the area where game breeds,” he noted, adding that the community relies on the springs for fishing and hunting. 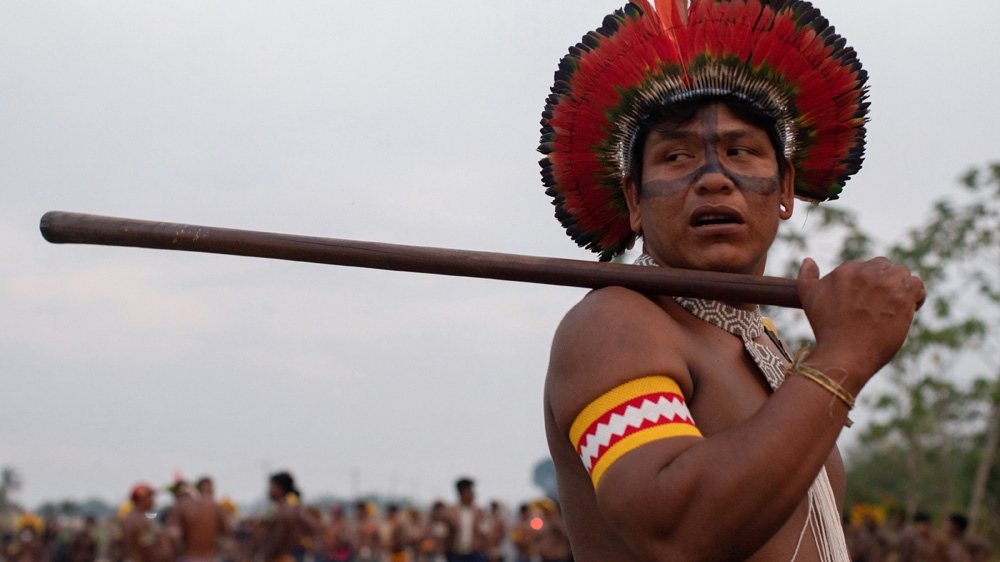 As the Parakana wait to hear the government’s position on the reduction of their territory, Aluisio Azanha, the lawyer representing the community, noted that Brazil’s constitution “imposes a duty on the Union to demarcate and protect [Indigenous lands].”

Kawore said the negotiations are “clearly a threat”.

“It’s nothing more than that: The government is threatening our territory,” he said.

“If this happens to the Parakana people, the people will die together with the land, because how will we practice our culture? It could suddenly die. We don’t want that.”