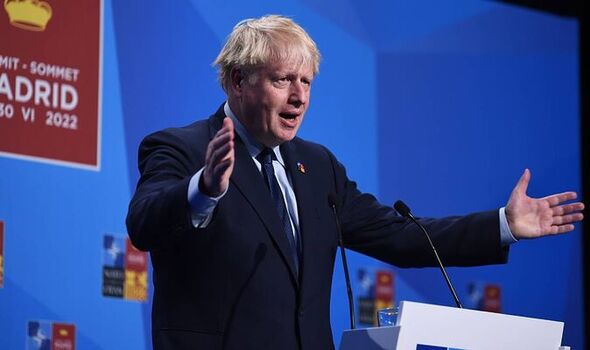 The Prime Minister announced an increase worth 2.5 per cent of national income at the end of the Nato summit after days of tensions with Cabinet ministers over funding. Mr Johnson also told allied nations they must devote more cash to their military budgets after most missed spending targets over the last decade.

Britain counts funding towards the Ukrainian resistance in its defence pot, putting the current level at 2.3 per cent of GDP.

But he told a press conference at the Madrid summit, Mr Johnson said it was necessary to “invest in the long term” while adapting to a “more dangerous and more competitive world”.

“The logical conclusion of the investments on which we propose to embark, these decisions, is that we’ll reach 2.5 per cent  of GDP on defence by the end of the decade,” he said.

Defence Secretary Ben Wallace and Foreign Secretary Liz Truss have been pushing for Mr Johnson to make a significant increase in spending.

A source close to Mr Wallace said: “The Defence Secretary has always been clear that as the threat changes, so should defence spending.

“In 2020 the Prime Minister reversed decades of under-investment in defence and he rightly responded to Russia’s danger by continuing to invest in defence, for which the Defence Secretary is very grateful.” 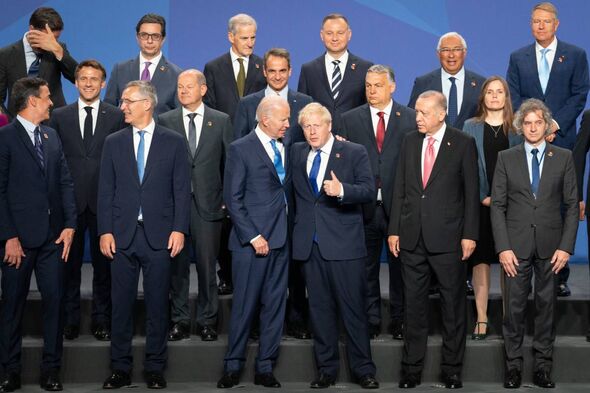 The pledge is expected to amount to an extra £55.1 billion cumulatively over the rest of the decade based on Office for Budget Responsibility forecasts of the size of the economy.

Tory Tobias Ellwood, chairman of the Commons Defence Committee and a prominent critic of the Prime Minister, said the funding was “too little too late”.

Mr Johhnson said the “cost of freedom” is “always worth paying” amid spiralling inflation exacerbated by the Russian invasion of Ukraine.”

He said: “The point I would make about the cost of freedom, as it were, is actually it’s always worth paying.

“Unless we get the right result in Ukraine, Putin will be in a position to commit further acts of aggression against other parts of the former Soviet Union, more or less with impunity, that will drive further global uncertainty, further oil shocks, further panics and more economic distress for the whole world.”

Mr Johnson described the Nato alliance as “united” and in “robust health” after Sweden and Finland were given the go ahead for membership.

He said: “The Nato alliance is plainly in robust health and getting stronger, with new members and a new purpose.

“We can see that our work is cut out.

“If history is any guide, then I believe that this great alliance will again be successful.”

Mr Johnson vowed to continue to intensify military support for Kyiv and support the country “no matter how difficult it may be”.

“t is only logical and right to continue to support Ukraine in the way that we are and, indeed, to continue to intensify that military support,” he said.

“I think the right thing for us is to keep going on the course that Nato set out, no matter how difficult it may be.”

He added: “We face the most serious security situation in decades, but we are rising to the challenge with unity and resolve.”

Nato leaders had discussed how to address the “growing challenge” of Russia and China seeking “political, economic and military gain”, using “economic leverage, coercion and hybrid approaches”, he added.

Mr Johnson said the war in Ukraine had shown the West should not be complacent about the potential for land grabs by China.

He said: ““It’s very important that we remember that we have a huge economic relationship with China … but at the same time, we’ve got to understand that there are areas where we need to compete, contest and sometimes challenge what China is up to.

“There has to be a balanced approach and every country around that table can see that, but obviously one of the reasons why what is happening in Ukraine is so important is because there is a clear read-across to other theatres, and that’s why we’re sticking up to the rules-based international system in the way that we are.”

Mr Johnson took questions from the press before flying back to London after eight days out of the country attending international summits.

The Prime Minister insisted there is “no place like home” despite returning to face more trouble from his restive backbenchers and demands for fresh measures to tackle the cost of living crisis.

The Nato summit in Madrid followed G7 talks in Germany and a Commonwealth gathering in Rwanda.

Asked if he is looking forward to returning to Britain after eight days away, he told a press conference: “Yes, I can’t tell you how much I’m looking forward to get … not that … it’s been wonderful being here in Madrid, as I’ve enjoyed being in Kigali and Germany.