At least three people have died and 38 have been injured after protests erupted in Uganda following the arrest of an opposition presidential candidate, police in the country have said.

Supporters of Bobi Wine, whose real name is Robert Kyagulanyi, blocked roads and burned tyres in the Uganda capital Kampala, while police responded by firing tear gas and rubber bullets.

Evarest Kayongo, chairman of the Kampala City Traders Association, said it was “total chaos” in the city. 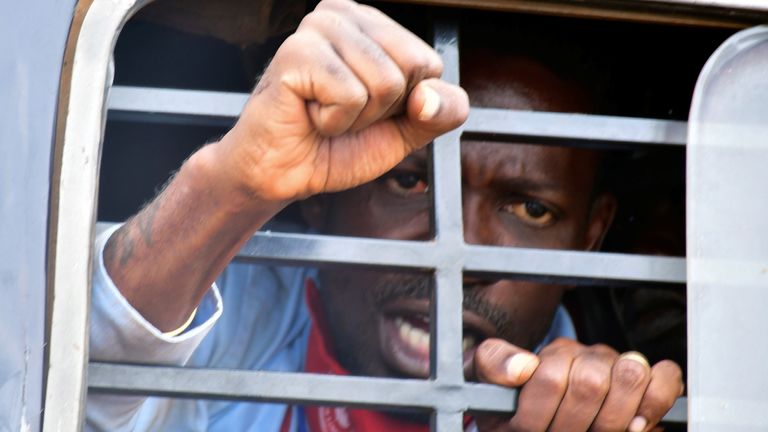 “The streets are empty … We have closed business because of tear gas and bullets,” he said.

Mr Wine, 38, was held by riot police at a rally in the eastern town of Luuka and taken to a police station in the nearby city of Jinja, near the northern tip of Lake Victoria.

The politician, who is also a pop star, is campaigning to unseat President Yoweri Museveni, 76, who has been in office for 36 years, in next year’s election.

He confirmed his arrest on Twitter, saying police “violently broke into his vehicle” and took him into custody and urged supporters to resist tyranny, promising them “we shall certainly overcome”.

Joel Ssenyonyi, spokesman for Mr Wine’s political party, the National Unity Platform, said: “We have not been allowed to see him and we don’t know what is happening.” 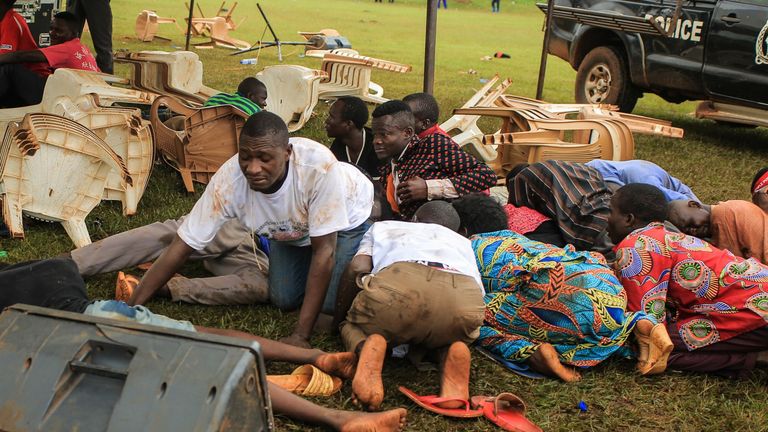 Since declaring his intention to run, the singer has caught the imagination of Ugandans, winning a large following, especially among young people in the east African country, TRT said.

Many say they are drawn to him by his criticism of Mr Museveni’s government mingled in his lyrics.

Mr Wine, who has been arrested many times in recent years, including after he formally declared his candidacy, has made persistent calls for Mr Museveni to retire.