Noor Bin Laden signalled her apathy for Mr Biden on Wednesday by holding a sign that read “Trump Won”. It happened in Geneva, where the President was holding a summit with his Russian counterpart.

Footage uploaded to Twitter showed Ms Bin Laden on a boat with several other people.

In response to the tweet featuring the video of her, Ms Bin Laden wrote: “Damn right.”

During his first meeting with Russia’s President, Mr Biden offered a three-month deadline to improve relations with Washington or face “devastating consequences”.

After the summit, Mr Biden was asked how relations between the US and Russia would be affected if Kremlin critic Alexei Navalny died in prison. 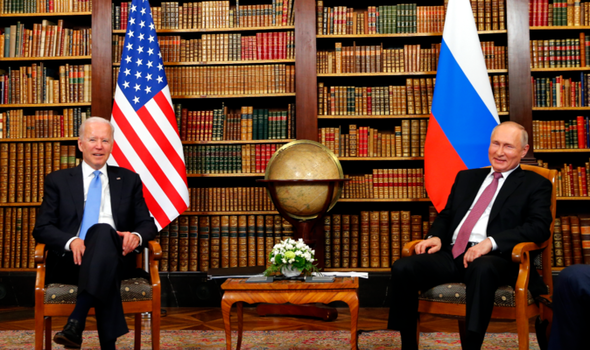 Mr Biden told reporters: “I made it clear to him the consequences would be devastating for Russia.”

Mr Putin said both nations had agreed to start nuclear arms control discussions to build on the New START treaty, a cornerstone of global arms control.

Speaking to reporters, Mr Putin pointed out that both sides knew their key responsibility for global strategic stability and the important role of the treaty.

He said: “I think it is clear to everyone that President Biden has made the responsible and, in our view, perfectly timely decision to extend the New START treaty for five years, which means until 2024. 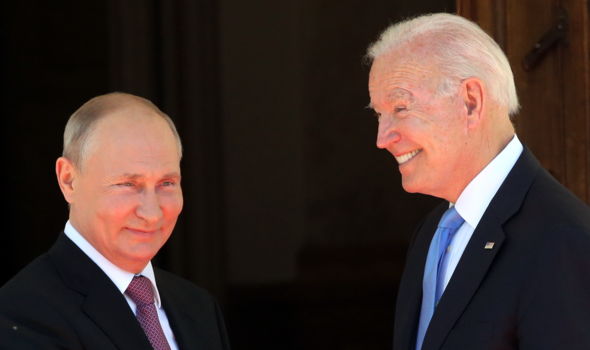 “Of course, that begs the question of what happens next.”

Mr Biden has been outspoken in his opposition of the Russian President, and in February when he was asked whether he thought Mr Putin was a killer, he replied: “I do.”

Mr Putin said Mr Biden had called him to explain why he branded him “a killer” in March and that the reason suited him.

He said: “As regards those sharp declarations what can I say, we’re all familiar with them.

“President Biden phoned me afterwards and we exchanged views on the subject. These explanations suited me.”