President Joe Biden told a Florida official that “no one f***s with a Biden” during a visit to the state in the aftermath of Hurricane Ian. He was seen on video talking to a local man after taking questions from the press, although the conversation was not picked up well by microphones.

The President said as the two shook hands: “No one f***s with a Biden,” to which the man replied “you’re godd***ed right”.

He also advised the man to “keep the faith” after Hurricane Ian wreaked devastation across Florida.

During the trip to Fort Myers, which was significantly affected by the storm, the 46th President called for more action to be taken to tackle the climate crisis.

He also put up a united front upon arrival with Republican Florida Governor Ron DeSantis, who has previously dismissed environmental concerns as “left-wing stuff”. 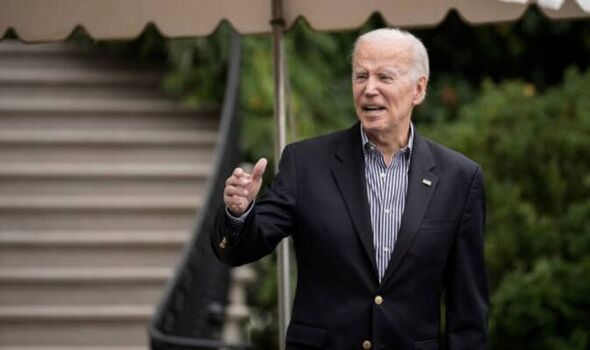 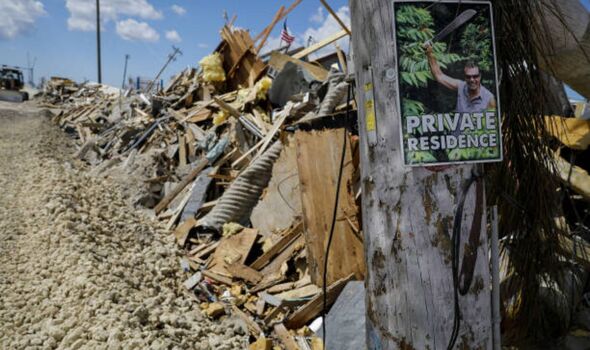 President Biden said: “More fires have burned in the west and the south-west, burned everything right to the ground, than in the entire state of New Jersey, as much room as that takes up.

“The reservoirs out west here are down to almost zero. We’re in a situation where the Colorado River looks more like a stream.

“There’s a lot going on, and I think the one thing this has finally ended is a discussion about whether or not there’s climate change, and [that] we should do something about it.”

At this point, according to the Guardian, Mr DeSantis shifted his feet and blinked but remained expressionless. 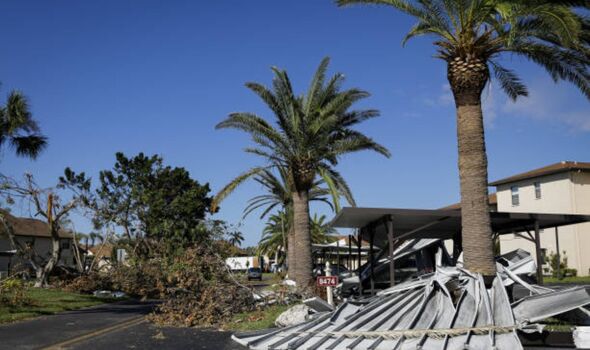 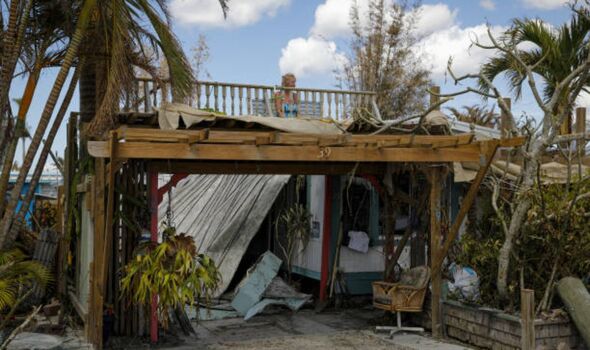 At least 84 people have been confirmed dead, although the unofficial toll stands at over 100 and is expected to rise.

Almost 400,000 homes and businesses are still without power after experiencing winds of over 150mph.

He said: “When you walk around here, what’s left of Fishermans Wharf, you don’t have to have much of an imagination to understand that everything – this historic, titanic and unimaginable storm just ripped it to pieces. 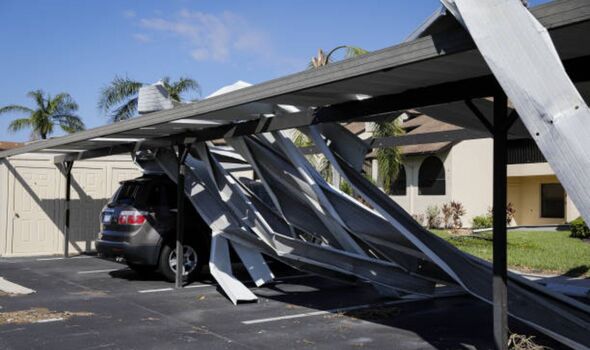 “Today we have one job and only one job, and that’s to make sure the people of Florida get everything that they need to fully, thoroughly recover.

“We’re one of the few nations in the world that on a basis of crises we face, we’re the only nation that comes out of it better than we went into it.

“And that’s we’re going to do this time around, come out of it better, because this is a United States of America. And I emphasise united. We’ve seen extraordinary cooperation at every level of government.”