Home » World News » Belarus election: Is Belarus in the EU?

Clashes broke out in the city on Monday evening and at least 30 people were detained following the supposed reelection of the country’s president, Alexander Lukashenko. The country faces international condemnation when police violently broke up protesters after the dictator won the general election with 80 percent of the vote.

Mass rallies have taken place in recent weeks in support of the opposition leader Svetlana Tikhanivskaya, who has called for a recount of Sunday’s vote.

Thousands have spilled onto the streets of the capital Minsk to express their indignation and demand a handover of power to Tikanivskaya.

Demonstrators have said one person died after a bomb they were planning to throw exploded in their hand.

The events are a repeat of what happened following the last election held in 2010, in which Lukashenko also won with 80 percent of the vote.

Belarus is considered the last Soviet-style dictatorship in Europe, and the outrage of the Belarusian people after 26 years of autocratic rule could finally be coming to an end.

Lukashenko has jailed the majority of his opponents, including the husband of Tiknaviskaya, which made her decide to run for power in her husband’s place. 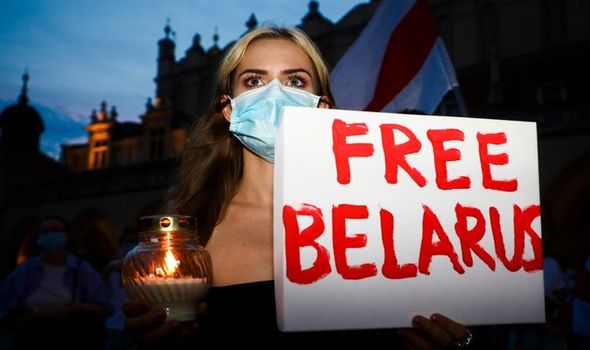 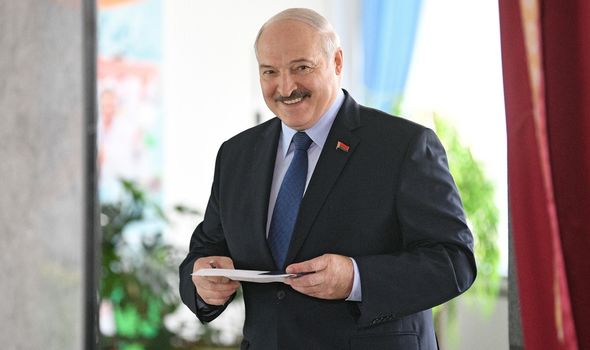 Is Belarus in the EU?

Belarus is not part of the EU and has never asked for membership.

After Alexander Lukashenko became Belarusian leader in 1994, the relationship between Minsk and the EU deteriorated and has remained cold and distanced with few improvements over time, as the EU has condemned the Government of Belarus several times for authoritarian and anti-democratic practices, and even imposed sanctions on the country, which have since been lifted.

The EU declared that “election night was marred with disproportionate and unacceptable state violence against peaceful protesters”.

Heiko Maas, the German foreign minister, said there had been “absolutely no sign” of a free election, and called for “peaceful protesters” in detention to be released. 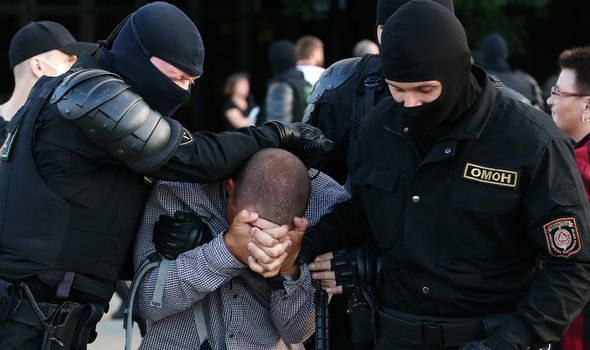 The EU should consider reinstating sanctions against Belarus, he added

Belarus is one of the former Soviet republics that won independence after the collapse of communism.

Britain called on the Belarus Government to refrain from further acts of violence, following what it called a “seriously flawed” presidential election, criticising a lack of transparency and obstruction of independent observers.

Foreign office minister James Duddridge said in a statement: “The UK calls on the Government of Belarus to refrain from further acts of violence following the seriously flawed Presidential elections.”

“There has been a lack of transparency throughout the electoral process in addition to the imprisonment of opposition candidates, journalists and peaceful protestors.

Who is President Alexander Lukashenko?

Since Belarus separated from Russia, the country has only had one president, Alexander Lukashenko, who came to power in 1994.

Lukashenko is on good terms with Vladimir Putin, and his tactics for holding onto power are not dissimilar from that of the Russian president.

He is heavily derided across the rest of Europe – undemocratic and unpleasant, he is often referred to as ‘the last dictator in Europe.’ 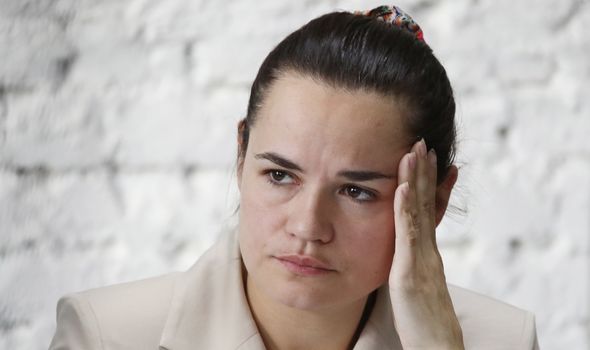 He has often shared a good relationship with Putin – Moscow needed his country as a lynchpin of the ineffective Commonwealth of Independent States, and Belarus sits perfectly as the space between Russia and Poland.

This has led to a special relationship being formed with Russia, which both sides profit from – until recently when Putin has refused to support the country economically after Lukashenko refused to sign a “union” agreement with Russian in January.

The close electoral shave will likely please Putin – if Lukashenko is forced to cling to power, it is much more likely to make him a very dependable ally to Moscow in his weakened state.