A huge explosion has occured in Lebanon’s capital of Beirut today (Tuesday, August 4). According to Reuters reports, two security sources and a witness said the blast occurred in the port area containing warehouses. 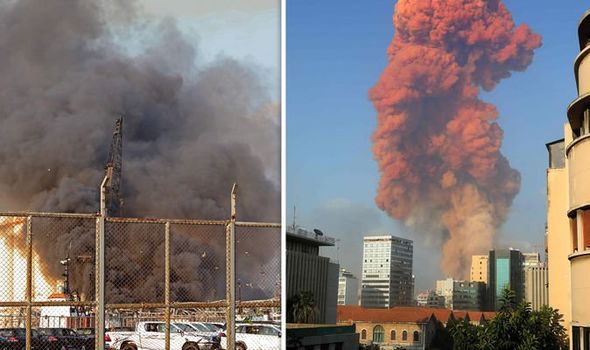 What is happening in Beirut?

It is not currently clear what has caused the explosion in Lebanon’s capital of Beirut.

But Lebanon’s health minister has confirmed a high number of injuries and significant amounts of damage due to the blast.

The blast rippled through several areas of the capital, and there have been reports of smashed windows and damaged buildings.

There have also been unconfirmed reports of a second blast.

BBC News reports the explosion occured ahead of an UN tribunal, which is due to give its verdict in the trial in absentia of four suspects in the murder of ex-PM Rafik Hariri.

All four suspects are members of the Iranian-backed Hezbollah group, which has consistently denied any role in Hariri’s death.

The BBC also state the unconfirmed second explosion has been reported at the Hariri residence in Beirut.

This is a breaking story with updates to follow.