BBC Weather meteorologist Ben Rich warned viewers some parts of Europe will be a little bit cooler for the time of year. Temperatures are expected to fall a little below average with the air moving in from the northwest. The weather presenter pointed to an area of cloud across eastern Europe as an indicator of what is to come.

“As we move out of Monday into Tuesday, that will bring some heavy rain and some really strong winds as well.

“Towards the southeast of Europe, it’s largely dry for Turkey and for Cyrpus.

“It’s fine for much of Greece, although we could just see the odd shower here during Tuesday.” 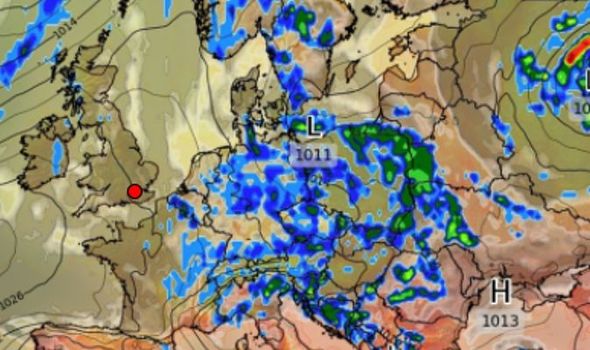 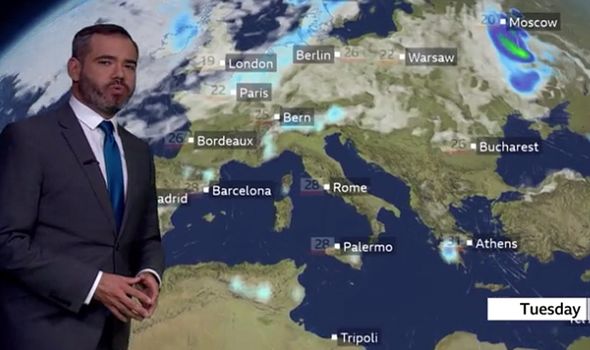 He continued: “There will be largely sunny skies across Italy with temperatures in Rome around 28C.

“It will perhaps be not quite as hot as it has been across Iberia.

“It could still be up into the high 30Cs across southern Spain.

“Then there is a frontal system bringing cloud and rain across France and northwestern Germany up into Scandinavia.” 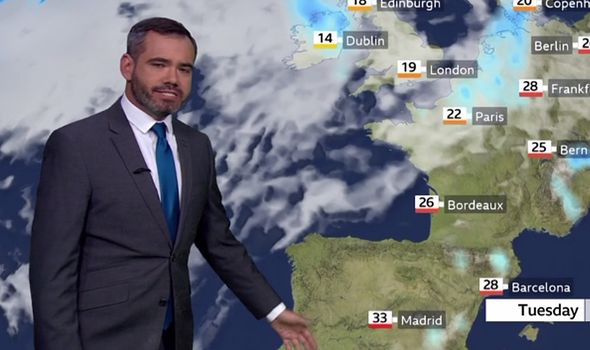 The BBC presenter added: “You can see that very wet weather affecting western parts of Russia.

“In fact on Wednesday, it will stay wet and rather blustery across those western parts, including in Moscow where it will be 22C.

“Down towards the southwest of Europe, it’s largely dry and sunny for Spain and Portugal.”

The BBC Weather chart showed temperatures hitting 34C in Lisbon and 32C in Madrid on Wednesday. 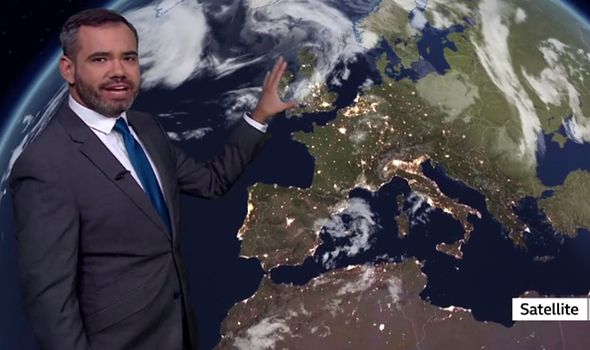 “At the same time, Paris is likely to get to around 30C.

“So things are warming up in the northwest of Europe, but it stays unsettled in Moscow.

“Temperatures will be hovering around 20C.”