BBC meteorologist Louise Lear warned viewers the record-breaking heat across Scandinavia and extreme heat in the north will be replaced by a swirl of cloud this week. The weather presenter explained this is an area of low pressure which is gradually drifting its way steadily east. She noted it will likely bring “unseasonably strong winds” and some heavy rain with it at times.

Ms Lear said: “With the new week, there’s a new feel to our weather across northern Europe.

“That said, much of the Mediterranean is fine, settled and sunny.

“You can see temperatures into the 30s across Turkey and Greece.

“It will be fine and sunny across the Balkans as well.” 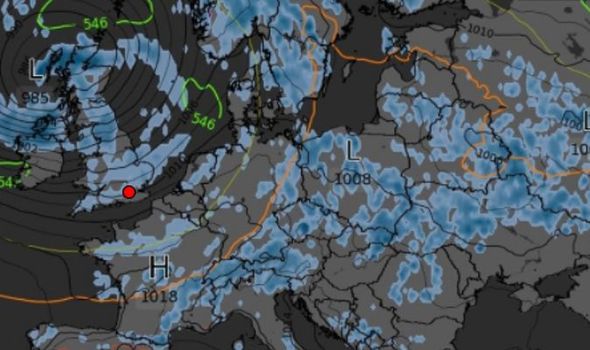 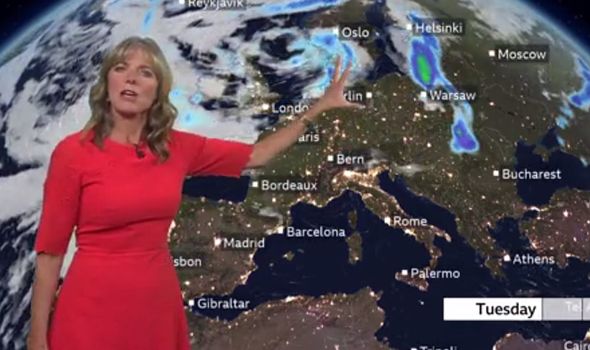 She continued: “There’ll be a little more cloud as we push further north into Germany.

“The difference in the feel of the weather will be obvious, especially after record-breaking heat across Scandinavia.

“There’s a real significant change to the feel of the weather.

“And the type of the weather as well, as we are expecting further outbreaks of rain.” 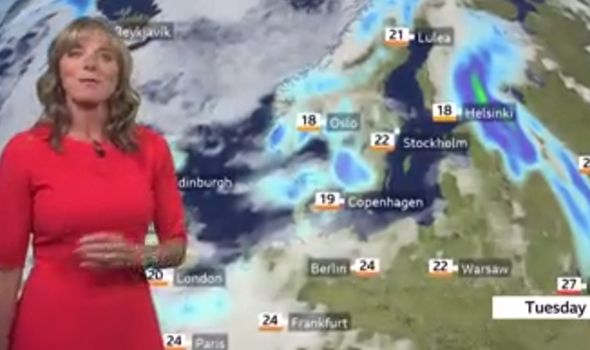 The BBC presenter added: “On Wednesday, one spell of wet weather will move away, it will stay breezy and showery.

“We keep some showers into the low countries and France.

“At the same time, heat is building across Iberia.” 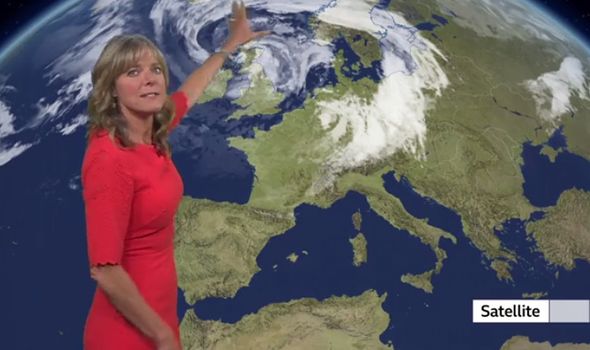 Ms Lear told viewers: “We’ll see a return to lots of sunshine through Portugal and Spain.

“Both Madrid and Rome stay settled and sunny.

“It will be a little bit cooler though into northern Europe.

“It looks likely across parts of Stockholm that we’ll continue to see outbreaks of showery rain at times.

“Temperatures here will hang around the low 20s through the week.”