SYDNEY (Reuters) – Australia will within days unveil a second stimulus package designed to shelter its economy from the impact of the coronavirus, two sources familiar with the government’s plan told Reuters on Friday. 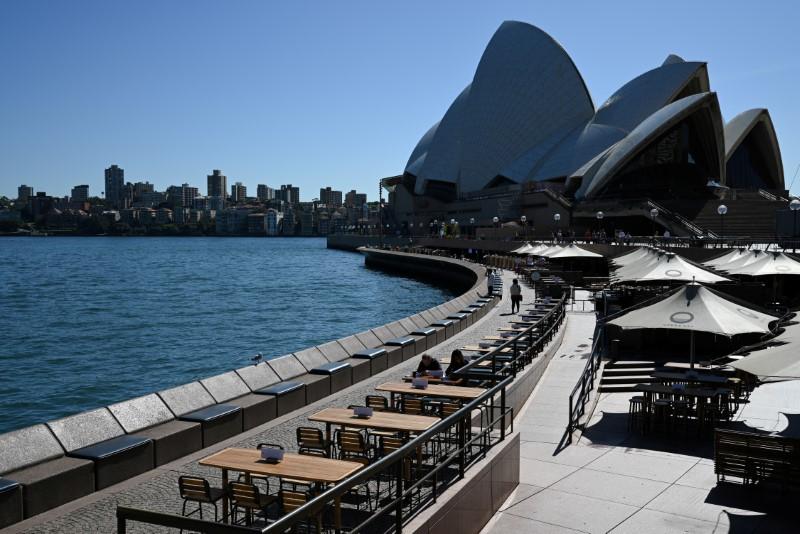 Australia has recorded nearly 700 coronavirus infections, a relatively small number compared with other countries, but officials are increasingly concerned about the prospect of an exponential rise in cases.

Australia last week said it would inject A$17.6 billion ($10.06 billion) to stop the country slipping into its first recession in nearly 30 years.

However, the sources said Australia would announce an expansion of this package over the weekend, as the coronavirus causes widespread panic in global markets and brings industries such as the aviation sector to its knees.

“The package is still being finalised, it will be unveiled over the weekend,” one government source told Reuters.

The size of the package is still be determined, but local media reported it could be worth around 3-4% of Australia’s A$2 trillion economy.

Australia’s Treasurer Josh Frydenberg declined to comment on the size of the package, but said the new stimulus would target at those most impacted by the coronavirus pandemic.

“This second package is more about cushioning the blow for those Australians who may find themselves out of work,” Frydenberg told the Australian Broadcasting Corporation.

Flagship carrier Qantas Airways Ltd, one of Australia’s largest employers, on Thursday told most of its 30,000 employees to take leave and ceased international services.

With unemployment rising, Australian internet searches for jobs with major supermarket chains has surged following recent announcements that grocers would be hiring thousands of workers to meet demand.

On Tuesday, searches for major supermarkets accounted for 8.8% of all queries on jobs website Indeed, which is four times higher than it was two days earlier and almost 500% higher than search activity during 2019.

“Supermarkets have become a lifeline for workers who are now either unemployed or who have experienced a fall in the number of hours they work,” said Callam Pickering, Indeed’s APAC economist.

The stimulus will complement a A$100 billion package unveiled by the Australian central bank and government on Thursday.

The Reserve Bank of Australia’s stimulus includes a three-year funding facility for at least A$90 billion to the country’s banks at a fixed rate of 0.25%.