Two massive rain events are forecast for the antipodean nation over the next few days leading to heavy rain,flooding and coastal erosion. Forecasters have warned that there will be an East Coast low system zeroing in on Sydney and Queensland could be “intense”.

Sky News Weather senior meteorologist Tom Saunders said that the Northern Territory town of Katherine could record 25mm of rainfall during the storm.

That compares to the 1mm that the town usually receives in July.

He said: “That’s more than 10 times the average rainfall.”

Mr Saunders said an upper level through was causing the unusual weather. 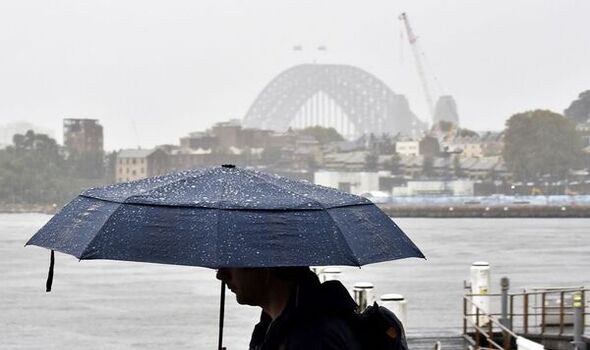 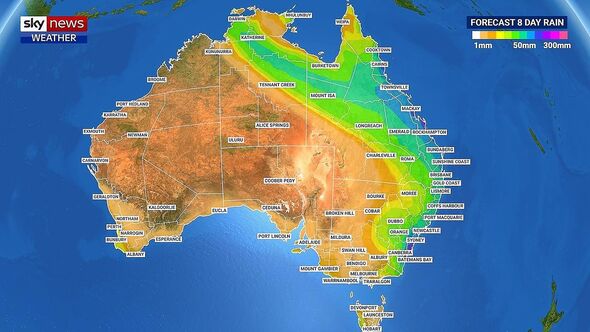 He said: “That trough will interact with tropical moisture to produce unseasonable rain (breaking) even July records.”

Katherine’s 25mm is also due to fall on Thursday.

However, the wet weather will clear by Saturday before moving into Queensland. 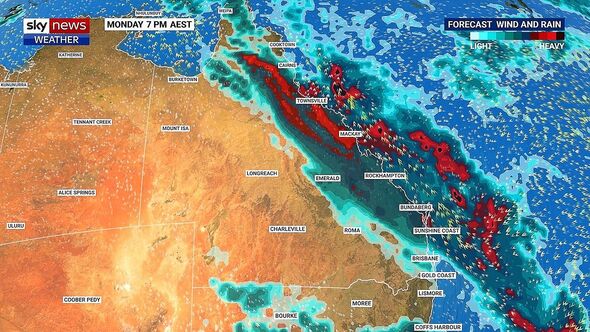 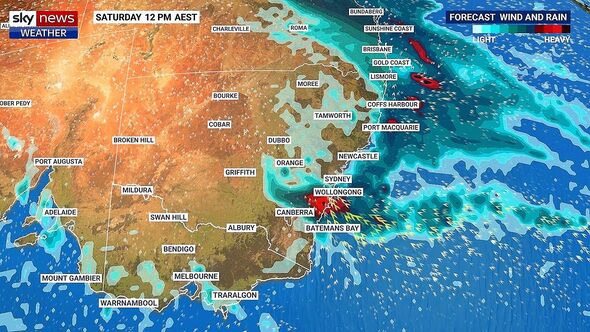 According to Mr Sanders, that state is likely to see heavy rainfall over the weekend and into early next week.

He said: “The falls should intensify on Sunday with heavy falls likely on Monday and Tuesday through northern and eastern Queensland.

“Mackay, Rockhampton – they only average about 35mm in the entire month of July.

“So you’re talking about a season’s worth of rain falling in one week.”

Cairns could see a rainfall of 30mm on Friday followed by a brief respite and then 10-50mm on Monday and Tuesday.

Brisbane will also see heavy rain with 10-25mm falling on Friday followed by 15-25mm on Saturday.

There is also the possibility of an East Coast Low, a weather system similar to a cyclone on the coast.

Although they aren’t classified as cyclones as they are in subtropical waters they can still be deadly.