The volcanic eruption occurred with very little warning on Saturday night, leaving the areas surrounding the city of Goma devastated by the damage it caused. Goma is home to many of the region’s humanitarian agencies and Mount Nyiragongo lies just six miles north of the city.

Torrents of lava poured down slopes and burned through entire villages, with thousands forced to flee for their lives.

A government spokesperson confirmed roads were thrown into chaos as people tried to escape, resulting in the deaths of nine people due to traffic accidents.

There were also four deaths which occurred when some inmates tried to escape a prison, as well as two others who burned to death because of the volcano.

Mount Nyiragongo’s eruption destroyed well over 500 homes, with lava from the blast displacing tens of thousands of people from the area. 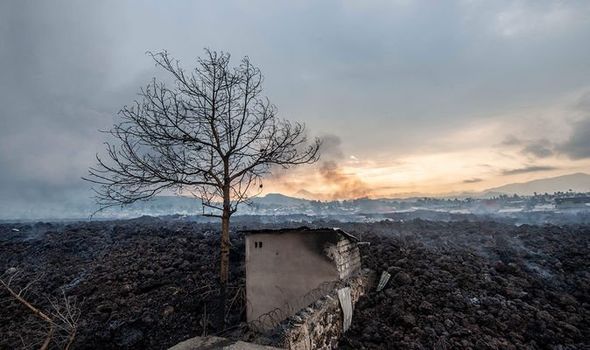 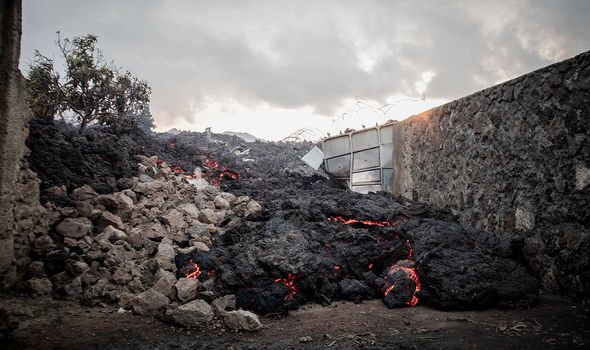 According to UNICEF officials, over 170 children were feared to be missing by Sunday.

The death toll is expected to soar once officials are able to reach the affected areas and get a clearer image of the situation.

Among the dead include the parents of Aline Bichikwebo, who were unable to escape the devastation like she and her baby did.

Speaking to the Associated Press, she said: “I am asking for help because everything we had is gone. 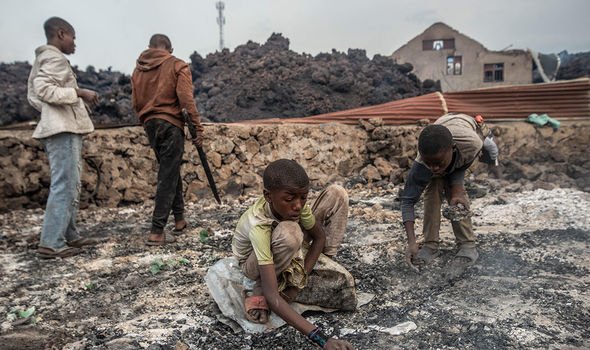 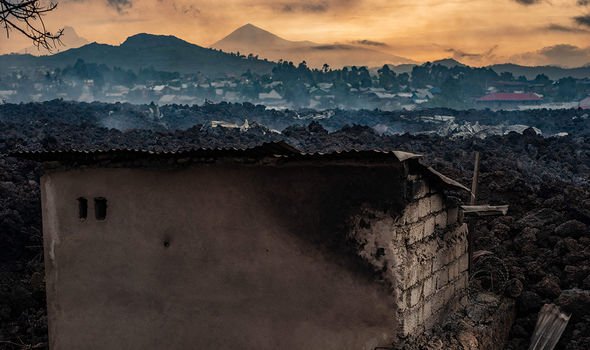 “We don’t even have a pot. We are now orphans and we have nothing.”

The lava stopped just before reaching Goma, which has a population of two million people, though it still managed to make its way through 17 nearby villages between the city and the volcano.

According to Patrick Muyaya, a government spokesperson, three health centres, a primary school and water pipeline were some of the many facilities destroyed by the volcano.

The lava appeared to have stopped by Sunday morning, piling up in tall mounds once it cooled. 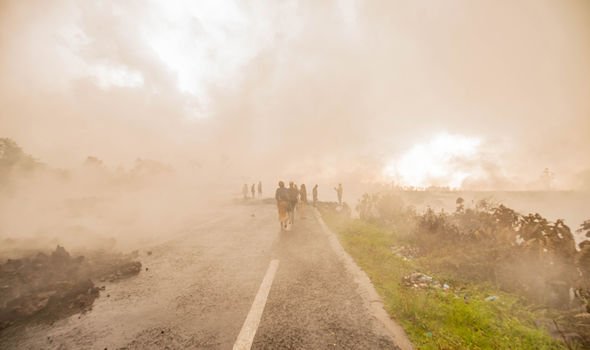 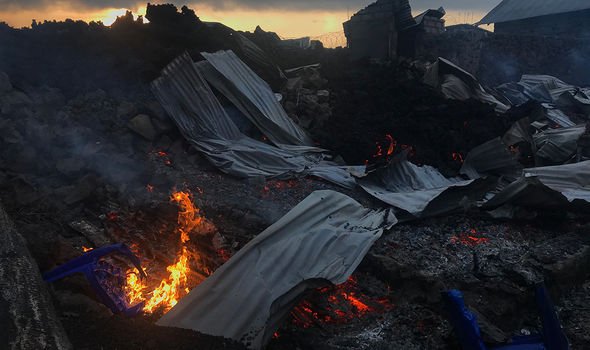 Alumba Sutoye, another resident of Goma, said: “People are still panicking and are hungry. They don’t even know where they are going to spend the night.”

Warning signs of the eruption were apparently missed by the Goma Volcano Observatory (OVG) due to it having no internet access for several months.

The OVG only had its internet access restored in April, giving them little time to spot what was about to happen. 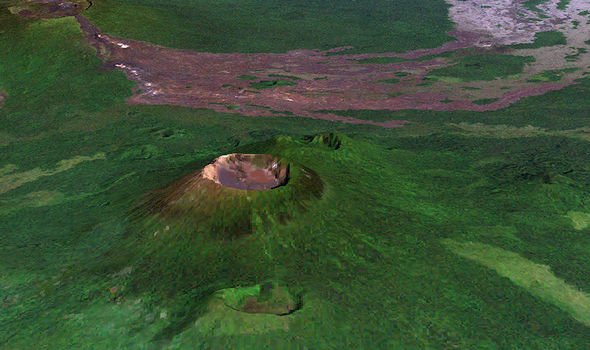 Speaking to a local radio station, Celestin Kasereka Mahinda, the OVG’s scientific director, said: “As soon as the internet was restored, we had started recording the warning signals, but since we did not have previous data, we thought it was the start of volcanic activity. Hence this surprise.”

The OVG lost access when it had its funding removed by the World Bank over corruption allegations.