At least 500 people have been killed since the conflict reignited on September 27.

The ceasefire will come into effect at midday local time (09:00 BST).

Mr Lavrov said “substantive” discussions would now begin between the two sides now a truce is in place. 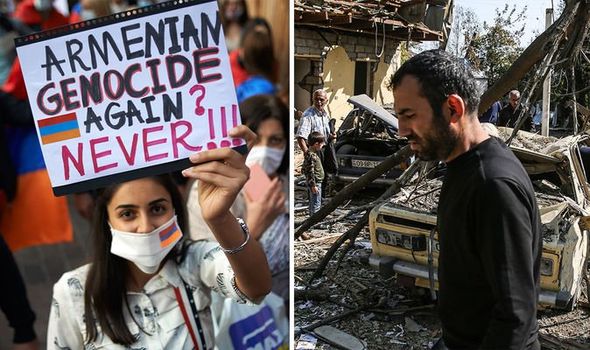 The Armenian dominated Nagorno-Karabakh region administers itself as the Republic of Artsakh, though it’s closely supported by Armenia.

However most of the international community consider the territory to be part of Azerbaijan.

Over 30,000 people were killed between 1988 and 1994 when Armenia and Azerbaijan, both former Soviet republics, fought a war over Nagorno-Karabakh.

Both sides blame the other for the resumption of hostilities at the end of September. 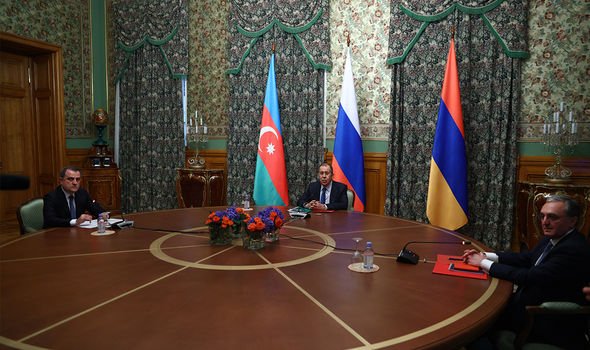 During the fighting Turkey provided Azerbaijan with firm diplomatic, and allegedly military, support.

Armenia alleged one of its SU-25 jets was shot down by a Turkish F-16 and that Turkey was transporting Syrian mercenaries to the conflict area, though both accusations were denied by Ankara.

Some 70,000 people, about half the population of Nagorno-Karabakh, have been displaced by the fighting according to Armenian officials.

Stepanakert, the de-facto capital of Nagorno-Karabakh, has been heavily shelled. 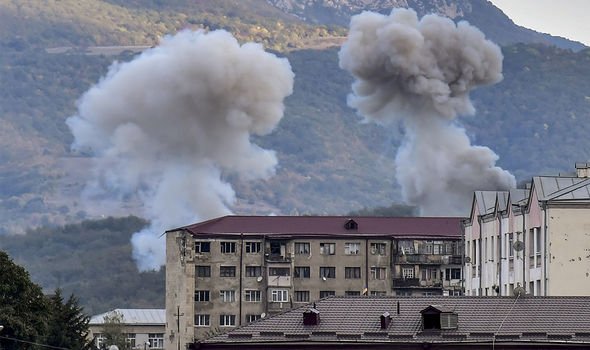 Russia has a military base in Armenia, one of its traditional allies.

However Moscow also has warm relations with Azerbaijan and has been calling for a ceasefire since the conflict began.