Alex Jones is a far-right conspiracy theorist who has popularised his controversial beliefs on US website ‘InfoWars’. His shocking claims include that the Sandy Hook massacre was a hoax, 9/11 terrorist attack was orchestrated by George W Bush’s government and that Michelle Obama is a man. The broadcaster’s extreme hate speech led to him being banned from Facebook, Twitter and YouTube, after he violated their policies on abusive behaviour. Recently, he came under fire again for stating he would be willing to resort to cannibalism if a global food crisis emerged during the coronavirus outbreak. Despite claiming his comments were a joke, it is feared they could inspire others to consider more outlandish measures. One insider who spent four years with the infamous conspiracy theorist claims to have answers to explain Alex Jones and outrageous outbursts.

Alex Jones founded ‘InfoWars’ in 1999 in rebellion to what he considered censorship and the suppression of information by the media.

In the years that followed, he has claimed to have debunked terrorist attacks, promoted anti-LGBTQ+ beliefs and a whole host of other conspiracies.

The most notable was his denial that the Sandy Hook School attack, the second deadliest school shooting in the US, never happened.

The massacre in Newtown, Connecticut, led to deaths of 26 people, including 20 children aged six and seven, in 2012.

Mr Jones on-air adamant claims that the killings never happened led to some of his followers sending hate mail to the grieving families of the deceased to condemn them and grill them for ‘lying about the events’.

Now the conspiracy theorist has touted beliefs that coronavirus lockdown is a con to keep the populations indoors while the government installs 5G networks capable of controlling humanity. 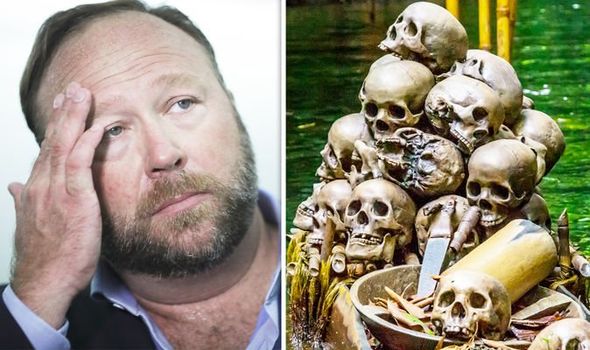 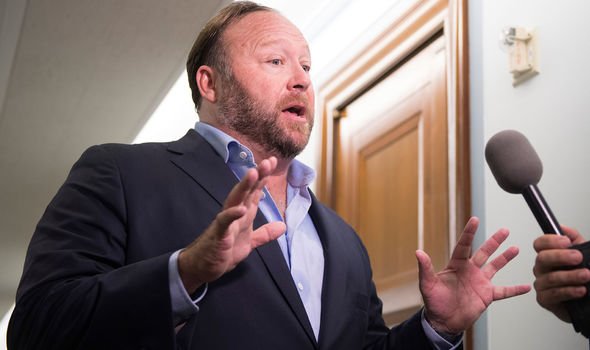 During one recent outburst, he stirred up fears about food supply issues and alleged an end of the world scenario was likely to unfold.

It was then that he claimed that he would become a cannibal to stay alive and consume those around him.

He said: “I’ll admit it. I will eat my neighbours… I’m just gonna be honest.

“I’m literally looking at my neighbours now going,  ‘Am I ready to hang them up and gut them and skin them and chop them up?’

After widespread condemnation, he later vented that his comments were being taken out of context and he was being demonised for a joke – but his harsh words were feared to risk inciting violence.

One former employee, Josh Owens, who worked with Alex Jones before becoming a whistleblower last year claimed to understand the motives behind his conspiracy theories. 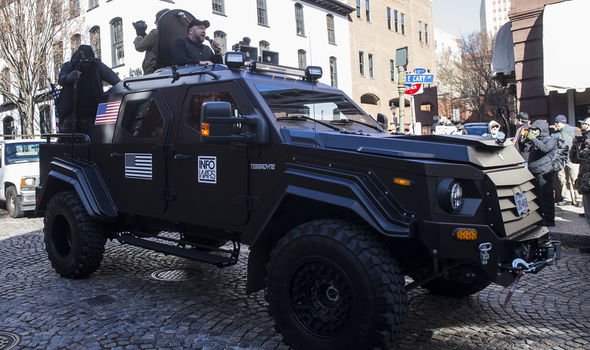 The claims emerged during an interview with journalist Jon Ronson, on BBC podcast ‘Grounded with Louis Theroux’, which was released on April 27.

The pair discussed whether banning someone controversial, like Alex Jones, from social media platforms was a wise move.

There Mr Ronson recounted a story told to him by Alex Jones insider Mr Owens, which could explain more about the man behind the inflammatory rhetoric.

He claimed: “The reason why Alex became a conspiracy theorist was because at school he had been a bully, like the worst bully at school.

“A bunch of the kids he bullied had enough so they invited him to a party in a barn but it was a trap and they beat him within an inch of his life. 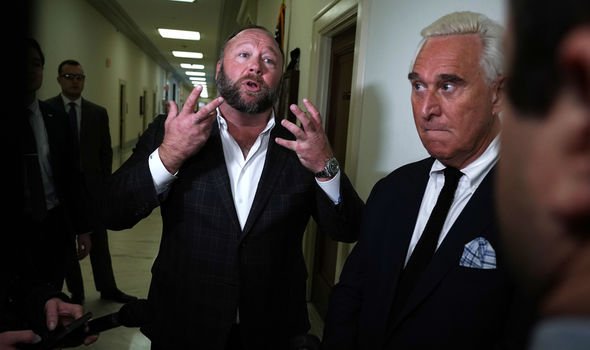 “He didn’t want to ever be the person who doesn’t know what other people know again.”

Mr Ronson concluded the shocking bombshell by referring back to de-platforming.

He explained that after revealing this anecdote Alex Jones had lambasted him on-air.

The journalist added: “Alex went on a big rant against me and I got one piece of hate mail, just one.

“If he hadn’t been de-platformed I would have had hundreds. So de-platforming certainly works.”