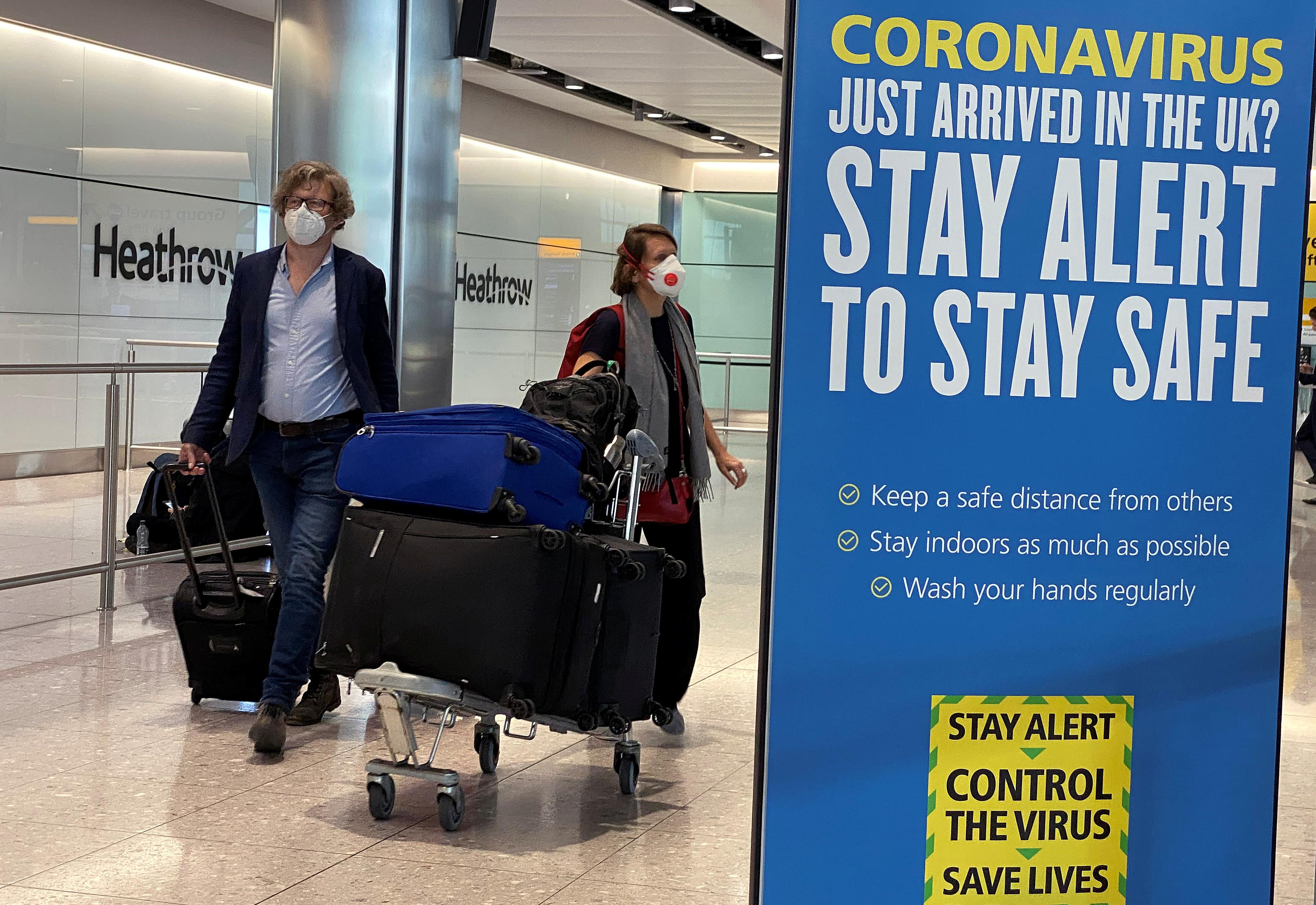 LONDON (Reuters) – Three of Europe’s biggest airlines are to end a legal challenge against the British government after it scrapped its quarantine rule for travellers coming from some of the most popular tourist destinations.

The government said the policy would be ended for English holidaymakers to countries such as France, Spain and Italy, although it would be maintained for the United States.

Initially, the legal action by British Airways (ICAG.L), easyJet (EZJ.L) and Ryanair (RYA.I) proceeded, as the full list of countries impacted by the change had not been published.

However, lawyer for the airlines Tom Hickman later said he had no reason to doubt that the list would be published later on Friday, and had agreed to withdraw the legal challenge on that assumption.

“On the premise it materialises, we have agreed everything else which needs to be agreed,” he said.

The government introduced a blanket rule that all travellers arriving from abroad must self-isolate for 14 days on June 8, arguing it was a crucial step to avoid a second wave of COVID-19.

The airlines, which grounded planes due to the pandemic, criticised the quarantine policy, saying it dealt a catastrophic blow to the industry’s hopes of recovery in the summer, and that they had not been consulted on the move. They also queried the scientific basis of the measures, and had sought a judicial review of the rules.

Government lawyers said that the measures had been justified and proportionate.