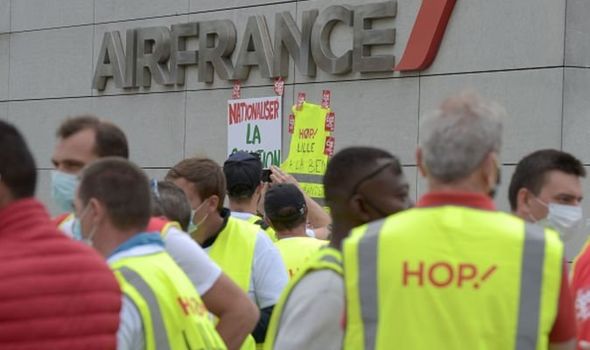 A small group of 100 union members and employees, from cleaning staff to check-in assistants, demonstrated outside the airline’s base at Paris’ Roissy airport, criticising its plans to cut staff after receiving state aid to help the company to ride out the pandemic fallout. “It’s scandalous, the government is putting in 7 billion euros and the company is destroying jobs,” said 62-year-old Annick Blanchemin, who works as ground staff for the airline.

“They’ll push me to retire but I won’t get my maximum pension this way. And this is not how I wanted to leave.”

At least half of the cuts are likely to entail voluntary departures and retirement plans, sources familiar with the matter said this week.

The bulk of layoffs will fall at Air France, but unions said just over 1,000 will hit its sister airline “HOP!”, based in the eastern city of Nantes, where employees also erected banners in protest on Friday.

The French government – which granted Air France 7 billion euros ($7.87 billion) in aid, including state-backed loans, to help it to survive – has urged the airline to avoid compulsory layoffs, though it has conceded Air France was “on the edge.” 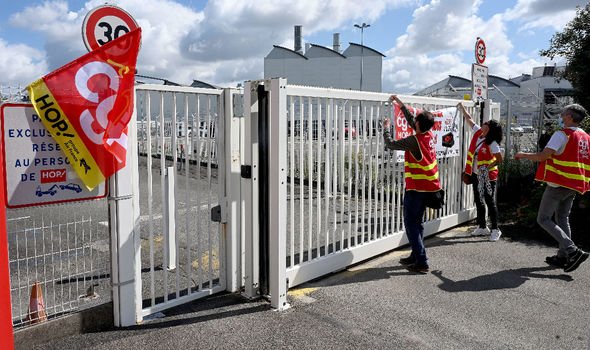 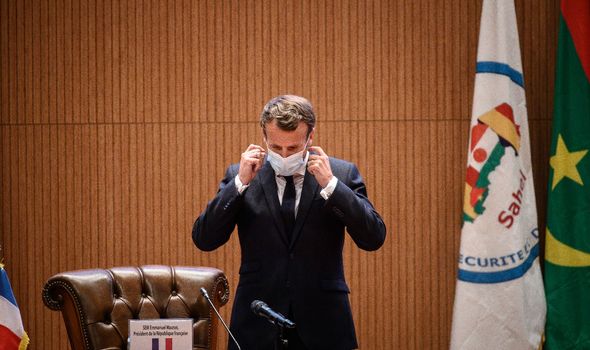 “A successful labour reorganisation is one where there are no forced departures,” junior economy minister Agnes Pannier-Runacher told Sud Radio on Friday.

Plans by aircraft maker Airbus to cut some 15,000 jobs across Europe – with a third of those in France – sparked similar warnings this week, as a wave of restructuring triggered by the virus outbreak begins to hit.

Under CEO Ben Smith, who joined from Air Canada in 2018, Air France-KLM has sought to cut costs, improve French labour relations and overcome governance squabbles between France and the Netherlands, each owners of close to 14 percent of the group.