Home » World News » After fleeing fear and death, Afghan evacuees start to hope as they wait to be flown to America

In an otherwise forgettable corner of western Germany, you drive round a corner and find yourself in America, complete with planes, jeeps and a lot of soldiers.

Ramstein Air Base is the biggest part of a cluster of American facilities. Together, they make up the biggest community of Americans outside the United States. This is the focus of the country’s air operations within Europe and, right now, it’s hectic.

The base has already dealt with more than 20,000 people who have been evacuated from Afghanistan. Many of them have already been flown on to the US, in order to start new lives – but plenty more are still on the base, waiting for their flight.

A huge section of the base has been turned into a tented village, where evacuees are given accommodation, food, drink, a hot shower and both safety and hope. 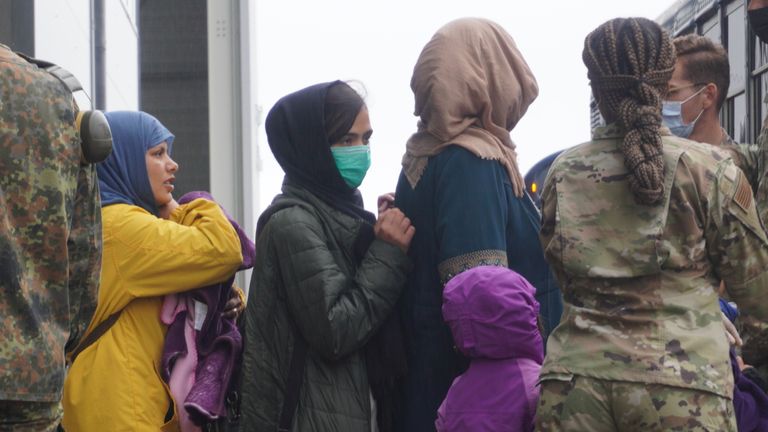 In Hanger 5, we meet Afghans who are now preparing to leave the base and board a flight to America. Rafi tells me that he would “definitely, definitely” have been killed if he stayed in Kabul.

“I have faced so many difficulties. So I’m glad that they’re going to take us to the United States. Our life is safe and there are no dangers for us.”

That theme, of fleeing death, is one that you hear again and again from the people in the hanger. One man, speaking in broken English, delivered with a smile, told me that he had worked with American advisers and that the Taliban were “really terrible… very, very dangerous for us”. His ambition now, he said, was to live in California.

As we move to leave, a man comes to say hello. His name is Hamid and alongside him is his daughter, Lima. We have only a couple of minutes to talk, but their story is remarkable. 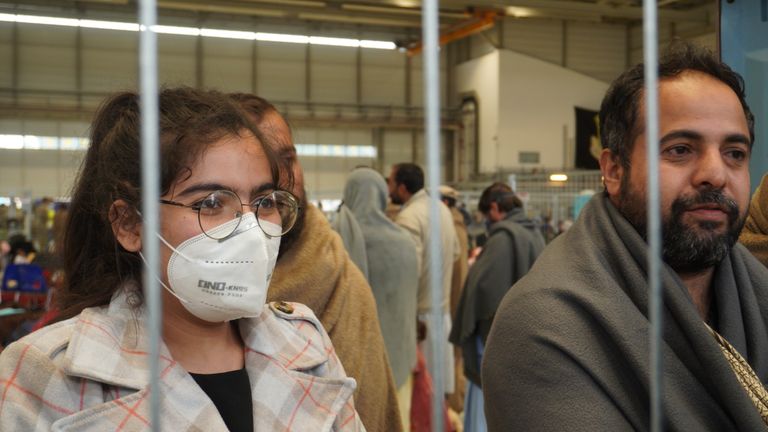 In 2017, Hamid set up a television channel called Zan, which was almost exclusively staffed by women. Among its presenters was Lima. At the start of the month, she was one of Afghanistan’s few female news presenters; now, a few weeks later, she is a refugee.

“It is dangerous to live in Afghanistan with the Taliban,” she told me. “They didn’t allow girls to go school and they are too much scary persons.

“Afghanistan is too difficult for a woman. Some people are saying the Taliban are going to their houses and they are taking their daughters and marrying them. And they didn’t allow girls to go to school. It is scary.”

Hamid smiles stoically, reflecting on the television channel he launched, and has now lost. “It was a 20-year achievement, and we lost it in less than 24 hours. The new life with the new chapters might be stopped, but it’s very difficult. But, you know, we have hope and we have a vision to come back stronger.”

To talk to these Afghans is to be confronted by this curious combination of horror, fear and regret blended with optimism and relief. As we watched, buses carried hundreds of people from the hanger and off towards a waiting passenger jet, chartered from United Airlines, and soon to take all these Afghans towards their new home. 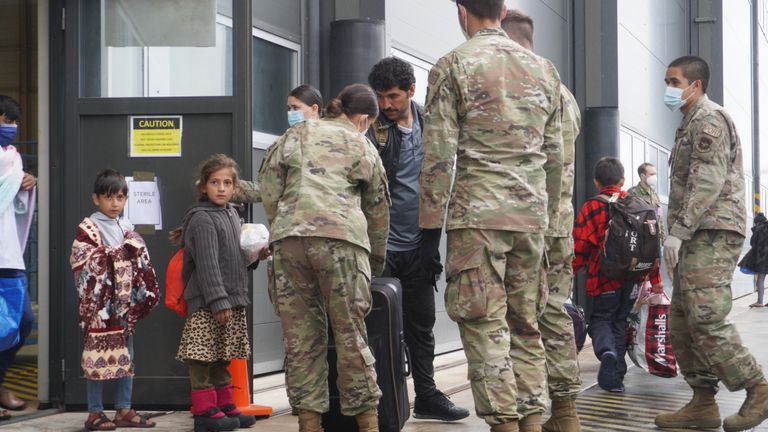 For them, the sense of rescue is evident. But for the American soldiers on this base, the workload is unrelenting. General Josh Olson is the overall commander of the facility. When we spoke, he looked tired and a little frustrated that, in his mind, his people haven’t received the plaudits they deserve.

“Part of the problem is the people’s understanding of what’s going on in the US is very different from the real world. It is a Herculean effort,” he said. “It’s absolutely amazing what our young airmen, our soldiers and our sailors are doing and what we’re asking them to do.

“And that’s a heavy burden because each and every single one of those are my responsibility. It is a joint effort of a magnitude that we don’t even understand.”