KABUL (Reuters) – Gunmen attacked a ceremony in the Afghan capital Kabul on Friday where a top Afghan political leader, Abdullah Abdullah, was present but escaped unharmed. 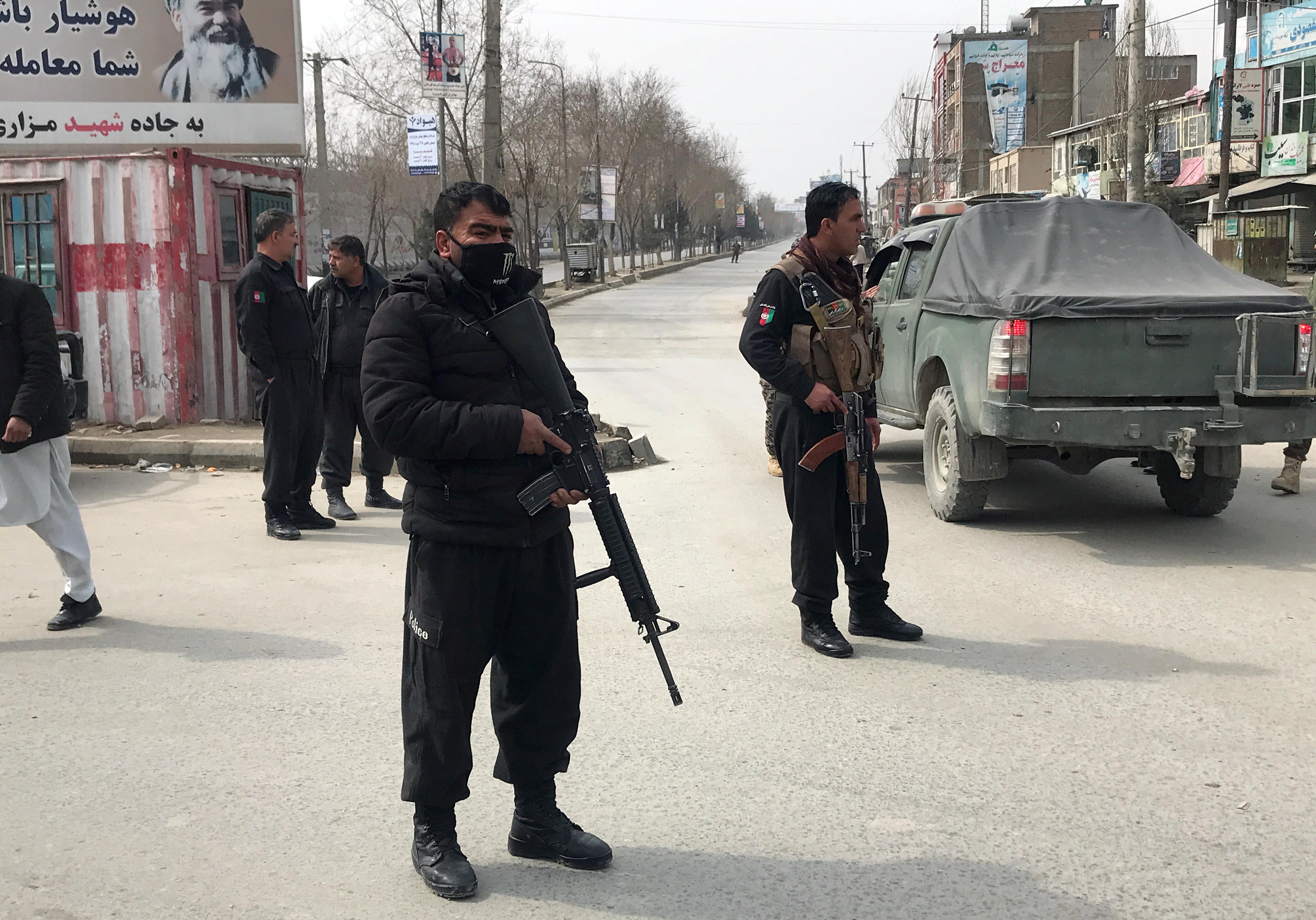 Two were killed and 18 wounded at the event, according to Afghan officials, the first big attack on the capital since a troop withdrawal agreement was signed in Doha between the United States and the Taliban Islamist militant group.

The Taliban said in a statement they were not involved in the attack.

“The attack started with a boom, apparently a rocket landed in the area, Abdullah and some other politicians … escaped the attack unhurt,” Abdullah’s spokesman, Fraidoon Kwazoon, who was also present, told Reuters by telephone.

The gathering marked the anniversary of the death of Abdul Ali Mazari, an ethnic Hazara leader who was killed in 1995 after being taken prisoner by the Taliban.

Abdullah, runner-up in the last three Afghan presidential elections, each of which he disputed, has served as chief executive of a coalition government since 2014 and is also a former foreign minister.

President Ashraf Ghani tweeted that the attack was “a crime against humanity and against the national unity of Afghanistan”.

Several people were killed in a similar attack on the same commemoration last year. Islamic State militants claimed responsibility for that attack.

The United States has been trying to spearhead efforts toward a lasting peace arrangement. Violence decreased during a seven-day hold-down agreement with the Taliban leading up to last Saturday’s deal, though the Taliban has since resumed attacks on Afghan forces.

A senior Western security official said all checkpoints in Kabul were on high alert.

“It’s too early to say but for now we are intensifying security,” the official said.