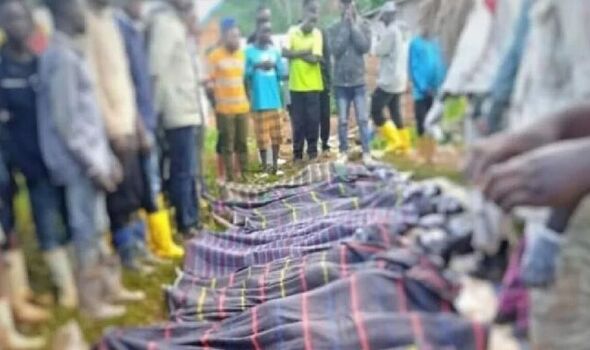 An official death toll has risen after the killings of 272 villagers in the DRC. The killings were allegedly carried out by the M23 armed group in the DRC’s east.

These figures, coming from the Minister of Industry and former governor of North Kivu, Julien Paluku, reveal a defenceless population that was mascaraed by the rebel group last week.

A conflict has raged between the armed rebel group M23 and the government for a year, resulting in clashes across the East. The group are allegedly backed by neighbouring Rwanda and is fighting to overthrow the current government.

M23 have said the allegations are “baseless” denying it has targeted any civilians.

Last Thursday the UN mission tweeted: “These allegations if confirmed, could constitute crimes under international humanitarian law”. The horrific killings are in violation of a ceasefire which was agreed upon on November 23.

Since the fighting began last November, 200,000 people have been displaced from their homes. The M23 rebels are a Congolese Tutsi rebel group that had been dormant since 2012 but took up fighting again seizing the towns of Bunagana and advancing towards Goma.