Brexit: George Galloway tells EU to 'mind their own business'

Guy Verhofstadt, the outspoken pro-European, took to Twitter to comment on the recent acquittal of former US President Donald Trump in his impeachment trial. He suggested the outcome of the Senate trial, which was announced yesterday, was the wrong one.

While sharing an article detailing the result of the impeachment trial, Mr Verhofstadt wrote: “Decades from now we will remember that, when democracy was under siege, those who were elected to defend it were too cowardly to do so.

But former Brexit Party MEP Belinda de Lucy has responded furiously to his Tweet, and reminded him about his attempts to thwart Brexit from going ahead.

She wrote: “Please don’t talk about democracy Guy, it insults all those whose vote you tried to overturn in the UK with the LibDems.” 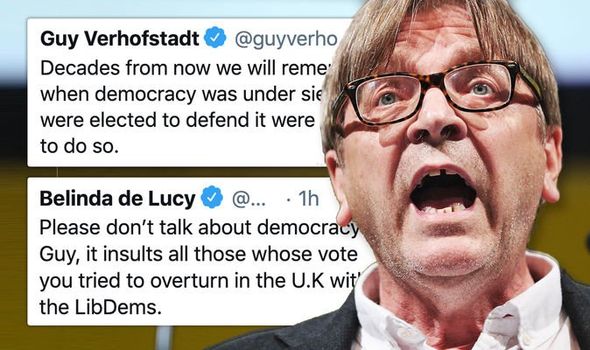 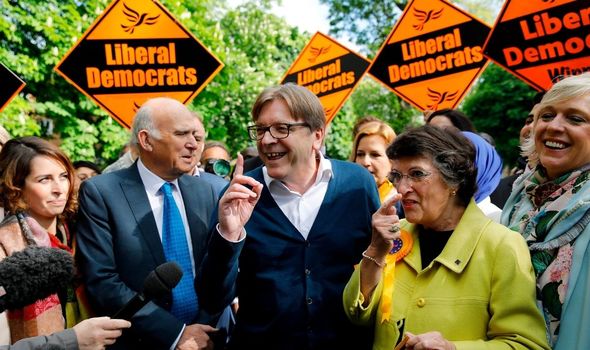 Other Twitter users also mocked Mr Verhofstadt for questioning democracy in other countries.

One person wrote: “This is wonderful coming from the EU. They are suddenly champions of democracy. Right.”

Another user said: “The irony of you talking about democracy…”

A third wrote: “Are you saying the EU is democratic?” 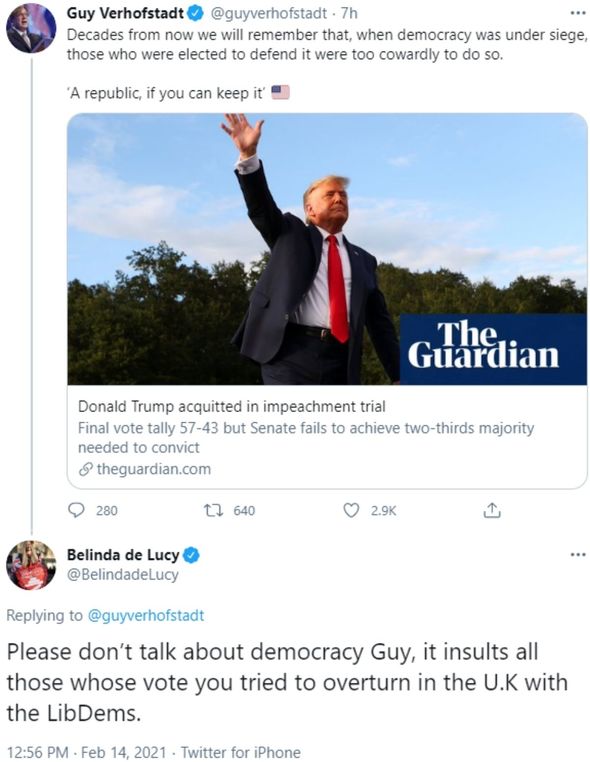 Ms de Lucy’s comment references Mr Verhofstadt’s allegiance with the Lib Dems in the lead up to the UK’s December 2019 election.

The Lib Dems pledged to revoke Brexit without a referendum.

They promised to revoke Article 50, the legal mechanism that enables an EU state to quit the bloc, if the party won by an absolute majority. 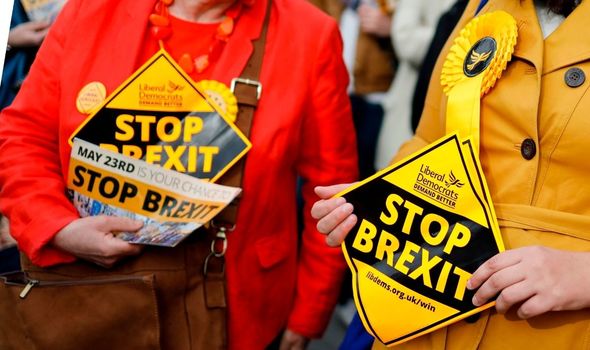 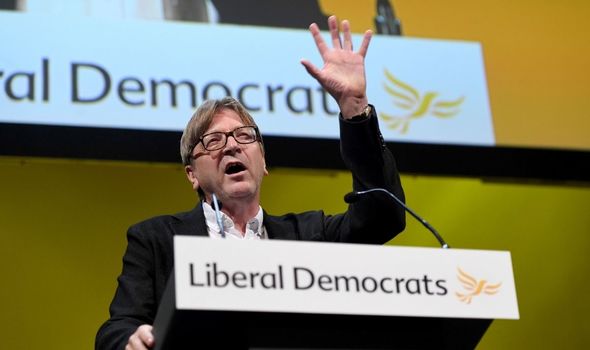 Mr Verhofstadt made the trip over to London several times during the 2019 election campaign, where he told Remain-backing voters to cast their ballot for the Lib Dems.

He said in May 2019, the party – which was led at the time by Sir Vince Cable – was the “natural” home for Remainers.

Mr Verhofstadt insisted his presence was not foreign interference in the UK’s elections as he was “a Lib Dem” and backing the party because it opposed Brexit.

Speaking at one of the rally’s, he said: “I think it’s important to show that the European liberals and democrats support Vince Cable.

“Support the Lib Dems in this difficult fight in Britain, in these European elections.

“Secondly, we want to show by coming here a message to the continent to say never repeat Brexit again.”

The Lib Dems lost one seat and even saw its leader, Jo Swinson, ousted from her seat in the 2019 election.