Alok Sharma promises that the Government is ready to “take back the purse strings” from Brussels on the country’s departure from EU rules and regulations at the end of the year. He also confirms that Britain will be free of EU rules on subsidies for industry once the post-Brext transition is over. Instead of Brussels law, the UK Government will adopt state aid rules set by the World Trade Organisation.

“From next year, the people you elect will be holding the purse strings once more – and can invest our cash in businesses and communities in every corner of the UK,” Mr Sharma says in an exclusive article for the Daily Express.

Promising that Boris Johnson will not be “bounced” into a bad deal with the EU, he adds: “We must not waste the golden opportunity to take back control.

“This Government will reap the benefits of our departure from the EU, while protecting the Union, reducing burdens on business and maintaining our high standards.”

Officials say the UK will be joining an international recognised system of state subsidy rules when adopting the Geneva-based World Trade Organsation regime.

Unlike EU nations, most advanced industrial countries do not have substantive rules regulating subsidies beyond those set by the WTO.

Ministers insist the Government does not intend to return to the 1970s approach of trying to run the economy or bailing out unsustainable companies with state handouts. 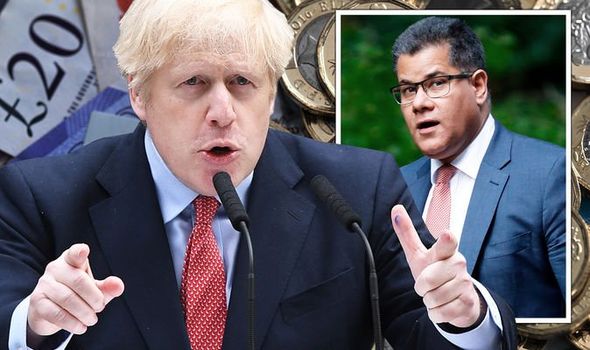 In a statement announcing the move, Mr Sharma said: “We want a competitive, dynamic market economy in which we can back British industries to create more jobs in this country, while also making the UK the best possible place to start and grow a business.

“While our guiding philosophy remains that we do not want a return to the 1970s approach of picking winners and bailing out unsustainable companies with taxpayers’ money, the UK must have flexibility as an independent, sovereign nation to intervene to protect jobs and to support new and emerging industries now and into the future.

“As we take back control of our money and laws from the EU, we have a unique opportunity to design our own subsidy control regime in a way that works businesses, workers and consumers.

“Over the coming months I want to work closely with businesses and public authorities across all parts of the United Kingdom to consider how best we can use these new freedoms.”

Guidance will be published before the end of the year for public authorities which explains the WTO rules. 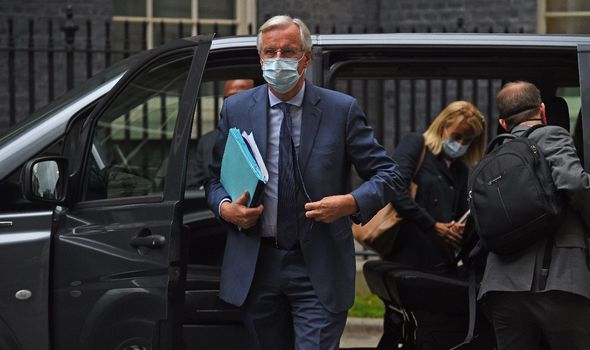 A EU official last night attacked Mr Sharma’s announcement on state aid as “provocative” given that the issue is still being wrangled over in the Brussels trade negotiations.

“Given the fact we’ve been waiting for details since March, that’s tantamount to taunting us,” the official said.

EU chief Brexit negotiator Michel Barnier is claiming the EU should still be able to set UK state aid rules after next year as part of a trade deal with the bloc but his demand has been rejected by Mr Johnson’s chief European envoy Lord Frost.

Ministers are planning further legislation to remove redundant EU State Aid rules from the statute book at the end of the Brexit transition to provide further legal certainty for businesses.

In the coming months, the Government will launch a consultation with business leaders on whether the UK should go further than its international commitments, including on the need for further legislation.

Ministers promise that a UK-wide subsidy control regime will ensure that subsidies do not unduly distort competition within the UK’s Internal Market.

For example, rules will ensure that a Scottish firm is not unfairly undercut or disadvantaged by a subsidy decision in England or viceversa.

Whitehall officials say the move will also mean that big companies cannot play off the regions, nations, towns, and cities of the UK against each other in a competition to extract taxpayer subsidy – therefore ensuring a dynamic and competitive market economy throughout the UK.

Former Tory Cabinet minister Liam Fox is currently bidding to become the next head of the World Trade Organisation with the backing of Mr Johnson’s government.