The Brussels diplomat insisted the bloc can “suspend” chunks of the Trade and Cooperation Agreement if the UK attempts to undercut its businesses. He hinted Britain’s City of London reforms, a reversed pesticide and an overhaul of workers’ rights regulations could trigger corrective measures. Mr Barnier suggested the UK would be stripped of its zero-tariff and zero-quota with the bloc if it falls too far below European standards.

In a newspaper interview, he said: “With our agreement, the UK can now export goods without quotas or tariffs to the EU.

“However, he [Boris Johnson] announced his intention to deregulate in three areas: financial services, pesticides and working hours.

“Will this change of rules lead to unfair competition which risks destroying jobs in Europe?

“All situations of distortion of competition will have to be assessed objectively. 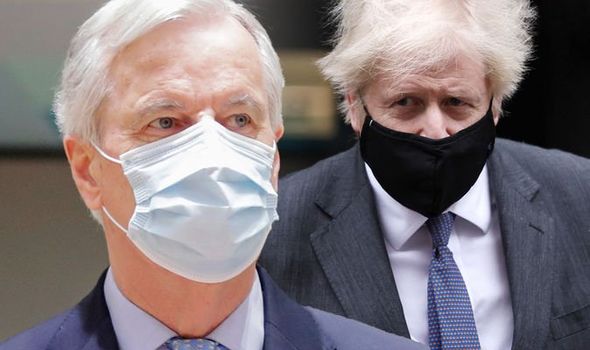 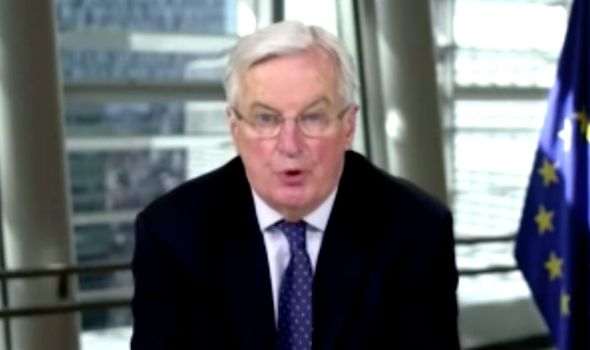 “If necessary, as the agreement provides, we could respond with countervailing measures by reinstating tariffs. Part of the deal could even be suspended.”

Britain has announced plans to strip all EU law from its statute books, as well as plans for what could become a “Big Bang 2.0” for its financial services sector.

Mr Barnier has previously warned Brussels will be “vigilant” on all fronts in policing Britain’s standards.

In the wide-ranging interview, the Frenchman claimed Britain had often “misunderstood” the EU as a mere trading bloc. 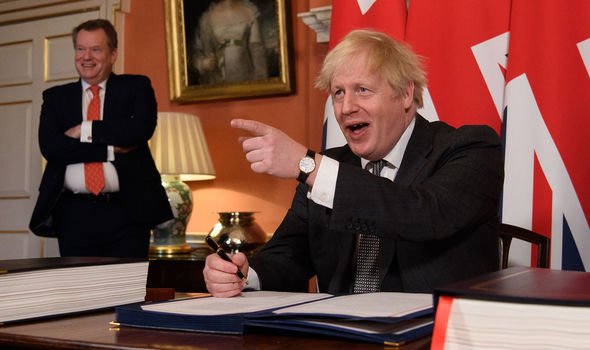 He said: “The British have often viewed the European Union as a free trade area. This was without doubt our great misunderstanding.

“At 27, we must continue to act together when this presents real added value.

“I am thinking of public health, but also of defence, industrial and digital policy, the fight against terrorism, and even fiscal and budgetary policies.

“We have made progress: the unprecedented joint loan of 750 billion euros to revive our economies severely affected by the pandemic is proof of this.” 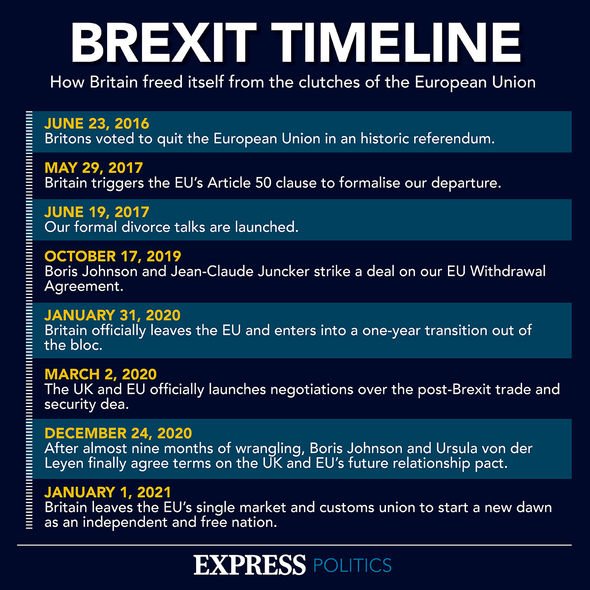 But Mr Barnier stopped short of insisting the formation of a European superstate should be the end goal for the Brussels project.

He said: “I happened to be a minority, but I have always been respected.

“I have always thought that France is not great when it is arrogant, that it is not strong if it is lonely.

Brexit: George Galloway tells EU to 'mind their own business'

“This idea that one can be European and patriotic is increasingly shared on the right.

“But I’ve never been a blissful European, I’m not a federalist. There is no such thing as ‘one’ European people, much less ‘one’ European nation. I think nations will always be needed to fight nationalism.

“I think nations will always be needed to fight nationalism. While united, we must respect the identity and culture of each people.”