In a briefing with senior MEPs, the European Commission insisted the fisheries provisions in the Trade and Cooperation Agreement are based on the bloc’s existing legal frameworks. Charlina Vitcheva, director general for maritime affairs and fisheries, said British negotiators had made a significant climbdown to accept an agreement based on the bloc’s CFP. The Commission official added the EU’s loss of access in UK fishing grounds is “really very limited”.

Speaking to the European Parliament’s fisheries committee, Ms Vitcheva said: “We have introduced a number of principles that are part of the Common Fisheries Policy.

“One of the traits of this agreement is that it is very much CFP compliant. Besides the fact the UK all the time tried to avoid anything linked to the CFP.

“I have to say that in substance and in terms of principles and objectives and how we will manage and conserve the resources, we are very much into the meaning and objectives of the CFP.”

Under the terms of the agreement, the EU will hand back 25 percent of the value of fish its boats catch in British waters. 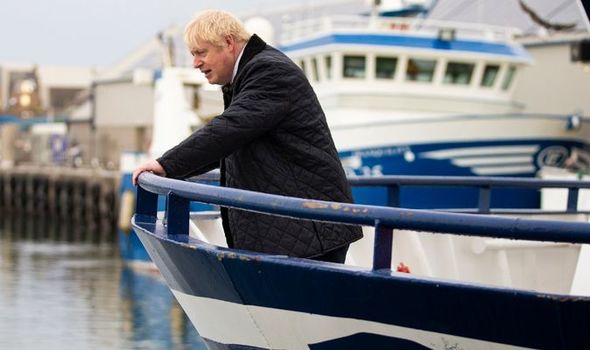 This will be phased in over a five-and-a-half year transition period before the resumption of annual negotiations over access to UK fishing grounds.

Ms Vitcheva claimed the final agreement was a good deal for EU fishermen because British negotiators were previously making “excessive demands in taking almost all the fish”.

She added: “From this point of view, the cuts in the quota shares for the EU are really very limited.

“It is something around a quarter of what we used to fish in the British Exclusive Economic Zone.”