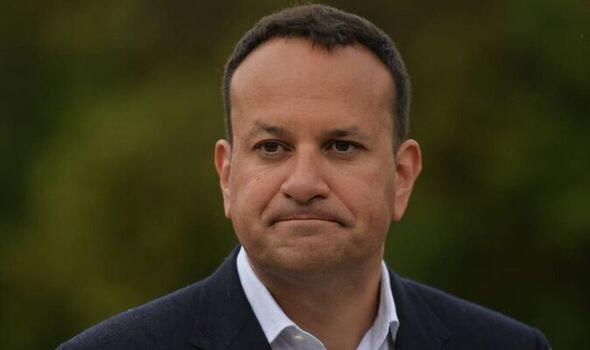 In a move unlikely to endear him to Liz Truss or Rishi Sunak – one of who will be PM by the time Mr Varadkar returns to his old job before the end of the year – the Fine Gael leader’s spokesman claimed this year’s Stormont elections had in effect been a vote of confidence in the mechanism for preventing a hard border on the island of Ireland.

He also dismissed claims by leading Dublin-based eurosceptic Anthony Coughlan that Mr Varadkar pulled the plug on talks which could have resolved the Brexit wrangle over the Irish border five years ago, shortly after becoming Taoiseach.

Arrangements for the border between Ireland and Northern Ireland have been a key sticking point ever since the 2016 referendum.

Former Prime Minister Theresa May’s decision to agree to the so-called backstop plan attempted to prevent any need for physical checks by keeping the North aligned with some aspects of the single market until alternative arrangements could be identified.

The proposal was entirely unacceptable to many Tory MPs, and Mrs May was forced from office after her draft Brexit withdrawal agreement failed three times to get through the House of Commons.

The Northern Ireland Protocol was subsequently agreed upon by the UK and EU as a mechanism for preventing a hard border on the island of Ireland – but Unionist critics say it has instead resulted in a border down the Irish Sea.

The British Government is currently trying to pass legislation suspending parts of the agreement to make it easier to transport goods between Great Britain and Northern Ireland.

However, Mr Coughlan, retired Senior Lecturer Emeritus in Social Policy at Trinity College, Dublin, suggested all such complications could have been averted had Fine Gael leader Mr Varadkar, who is currently Ireland’s Tanaiste or deputy PM, and who is due to return as Taoiseach later this year in place of Micheal Martin, taken a different option when he first came to power.

He said: “Leo Varadkar is the person primarily responsible for the problems associated with the Northern Ireland Protocol.

“When Mr Varadkar became Taoiseach in 2017 he ordered the promising contacts between the Irish and British Revenue authorities, initiated by his predecessor Enda Kenny, to cease.

“He did this in order to facilitate the EU’s desire to use the Irish border issue as a means to keep the whole of the UK in the EU single market and customs union.

“This was at a time when Theresa May and her advisers were willing to play along with that objective once she had lost her House of Commons majority in the 2017 UK general election.”

Mr Couglan, who is also secretary of Irish eurosceptic lobby group the National Platform for EU Research and Information Centre, added: “People will recall how at an EU Council meeting on becoming Taoiseach Mr Varadkar waved an Irish Times front-page photo of a customs post burned down by the IRA to show what he implied would happen again if there were any North-South controls on trade following Brexit.

“This piece of demagoguery was grossly irresponsible for somebody who should have been solicitous of the Good Friday Agreement.”

Mr Coughlan cited reports on the websites of the Campaign for an Independent Britain (www.cibuk.org) and Facts4EU.org suggesting Irish and British Revenue officials in 2017 did not believe Brexit called for a hard border between North and South, suggesting the perceived problems were “largely a ball of smoke”.

He said: “These discussions were referred to by the Irish Times at the time, but they have been forgotten since, as mainstream Irish opinion sought to demonise the Brexiteers and exaggerate the problems raised by the Northern Ireland Protocol.

“The sensible way to deal with the East-West Sea-border problem which has so upset Northern Unionists is to have Red and Green lanes that distinguish between goods imported from Britain that are for consumption in Northern Ireland and the tiny proportion of goods that are imported that way to go across the land border to the Republic.” 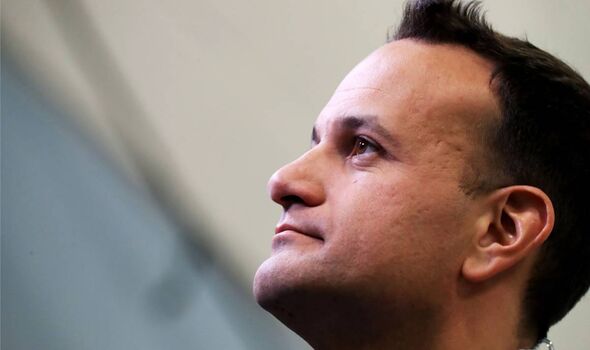 The way to deal with North-South trade in goods originating in Northern Ireland would be to impose severe legal penalties on anyone in the North attempting to export goods to the Republic which did not abide by EU Single Market rules, Mr Coughlan argued.

He said: “Ireland should impose similar sanctions on exporters to the UK that do not abide by UK rules. Such sanctions should be supplemented by licensed exporter and trusted trader schemes for regular North-South exchanges of goods such as milk, plus devices for unobtrusive electronic surveillance in border areas.

“Such measures are well able to deal with any valid EU concerns regarding the ‘single market’ as long as Ireland remains a member of that – as the relevant Revenue authorities accepted was possible way back in 2017.”

“Remainer” interests in the Republic were making a mountain out of a molehill in a bid to derail Brexit, Mr Coughlan insisted.

He said: “These interests, whose chief mouth-pieces have been Messrs Leo Varadkar and Simon Coveney, have led to a significant degeneration in community relations in Northern Ireland as the latest studies show.

“This shows shocking irresponsibility by interests in the Republic that imperil the hopes for peace and gradual cross-community coming together in Northern Ireland stemming from the Good Friday Agreement.”

It was therefore crucial that the new British Prime Minister understood that the North-South trading issues in the context of the UK leaving the EU while the Republic of Ireland stays in it could be resolved relatively easily by the British and Irish Revenue Authorities sitting down together – as they had been doing when Mr Kenny was Taoiseach, Mr Coughlan pointed out.

He added: “They need to know – and it is desirable that Irish public opinion should know – that the blame for the Northern Ireland Protocol problems rests primarily with Dublin, and the EU encouraged by Dublin, rather than with London.

“Mr Varadkar is due to become Irish Taoiseach again next December under the rotating-Taoiseach arrangement that currently exists in the Republic.

“It is to be hoped that when Mr Varadkar gets the opportunity when he becomes Taoiseach next December he will get together with the new UK Prime Minister to undo the damage his putting EU interests before Irish ones have done to Anglo-Irish relations since 2017.” 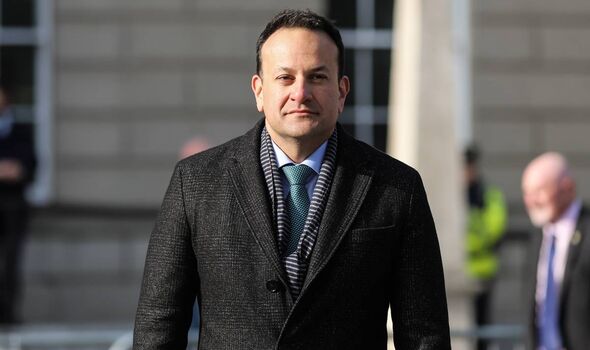 “It’s noteworthy that they do not get a mention in Professor Coughlan’s statement. The often repeated claim that Mr Varadkar, as Taoiseach in 2017 revoked any contracts between the Irish and British revenue authority is a myth and is made without evidence.”