Home » Politics » UK did have a right! Mordaunt slammed in tense probe over misleading Brexit warning

Penny Mordaunt was confronted on the misleading claim she made in 2016 during the Brexit referendum that Britain did not have a veto to reject Turkey’s accession to the European Union. She argued Britain did not have that right given that then Prime Minister David Cameron had pledged to let Turkey into the European Union. BBC One’s Sophie Raworth pointed out article 49 of the EU treaty did allow Britain to veto that application.

Asked if she accepted her claim was misleading, Mr Mordaunt said: “No. First of all, I am very proud to have fought for Brexit, campaigned for it, voted for it and helped deliver it.

“And that’s a classic example of the campaign that we were up against. David Cameron had given undertakings to Turkey that we would support, the United Kingdom would support its accession into the EU.

“Just because there’s a provision in a treaty does not mean the UK could ever have ever used that. And to have gone back on what as government policy, those undertakings that he (David Cameron) had given to Turkey, a key NATO ally, have been crazy.

“But the point that I made on that clip – and I feel very strongly about it – is that the British people did not have a say. They did have a say during the referendum.” 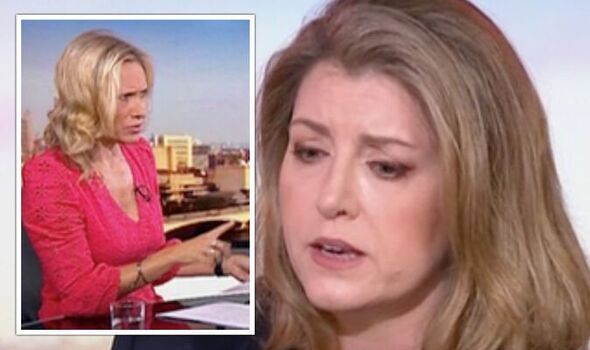 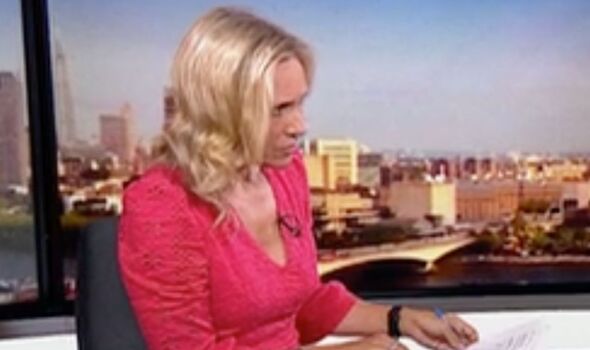 BBC’s Sophie Raworth: “But it was a fact that the UK did have a veto, wasn’t it? Member states’ right to veto is spelt out in article 49 of the treaty on the EU. You claimed we did not have a veto. Do you accept that what you said at the time was misleading?”

Ms Mordaunt retorted: “We did not, Sophy, have a veto because we couldn’t use that provision in the treaty. And the clip says it as I see it, the British people did not have a say.” 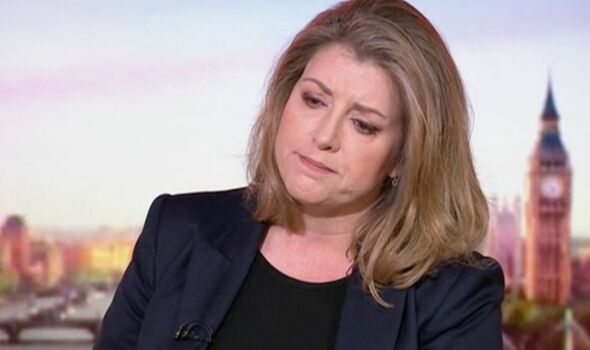 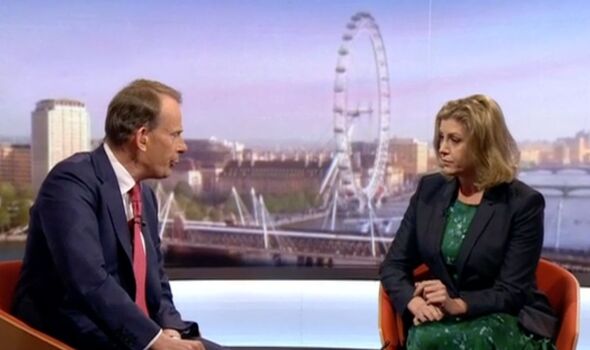 Ms Mordaunt interjected: “Which we could have never used.

Ms Raworth hit back: “We could have never used? It was a fact that we did have it though.”

Ms Mordaunt continued: “We could never have used it.

When pressed repeatedly on why she made that claim, Ms Mordaunt said: “It’s like 2016 all over again. This is why people were so fed up with being in the EU. Because there were important things that were happening that they felt they had no control over. That is why they wanted powers to be given back to the United Kingdom.

DON’T MISS:
Tory Leadership: Rishi storms ahead as Brexiteer pushed out [REPORT]
Penny Mordaunt’s swipe at BBC presenter: ‘Like Edvard Munch Painting’ [REPORT]
Liz Truss: Only I can save the Tory red wall and deliver for Britain [COMMENT] 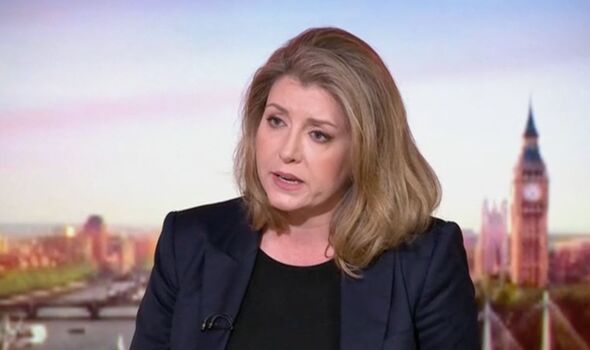 “What we also wanted is to maximise the opportunities that have come from leaving the EU. That is the job we still have to do. And I can tell, if you don’t win the next general election, all of the work that we’ve done will be for nothing,” Ms Mordaunt warned.

Turkey has so far failed to joined the EU and is currently at the candidate status stage just like Ukraine. Turkey did sign a Customs Union agreement with the EU in 1995 to allow free trade between the bloc and Turkey.

As the former EU Ambassador to Turkey said in a letter to the Guardian, Turkey “was not in line for EU membership” and that “membership of the EU customs union does not grant it the free movement of people.”

Consevatiive contenders will debate these issues on Sunday ahead of Monday’s round of voting.

READ NEXT:
John Curtice says Penny Mordaunt and Kemi Badenoch are winning
Mordaunt is the leader the British public are crying out for
Have Your Say: Should the next PM raise taxes or lower them?
Next Prime Minister odds: How first TV debate changed Tory race
Rishi Sunak and Liz Truss’ heated relationship laid bare