Steve Bray, who has been protesting against Britain’s exit from the European Union since September 2017, arrived at Parliament Square on Wednesday blaring several songs. The so-called Stop Brexit Man, who is known for wearing a Europhile tophat, was surrounded by 20 police officers yesterday as the Met enforced new limitations under Priti Patel’s Police, Crime, Sentencing and Courts Act.

Officers again approached Bray and informed him he was still in a designated area in which noisy protesting is forbidden.

Following his interaction with the force yesterday, Mr Bray told PA: “I’ve got more amps on order and I’m going to link four amps together – not this week, maybe next week – and it’ll be twice as loud as it was here to compensate for the move to the corner.

“In fact, I’m going to wire eight together.”

Mr Bray, who lost his deposit and finished in a distant sixth place as the Liberal Democrat candidate for Cynon Valley in the 2019 general election, shouted “this is ridiculous, this is fascism” as officers told him to stop. 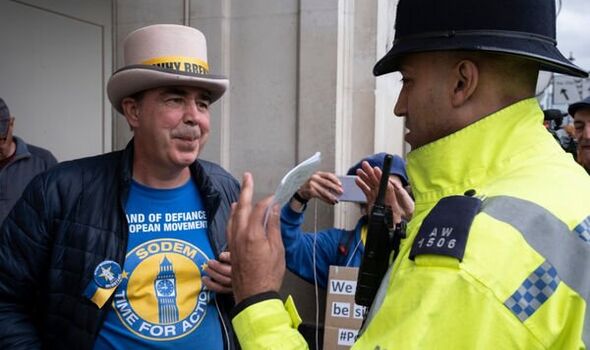 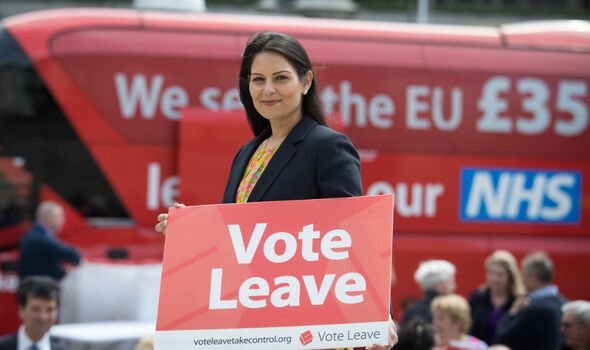 In footage circulating on social media, Tony Blair’s ex-spin doctor and fellow Remoaner Alistair Campbell joined Mr Bray as he was being spoken to by a police officer.

Mr Bray spoke directly to the officer’s camera when he sent an “up yours” message to the Home Secretary.

“You’re doing more good than a lot of those f******s in there about drawing attention to these liars and crooks.” 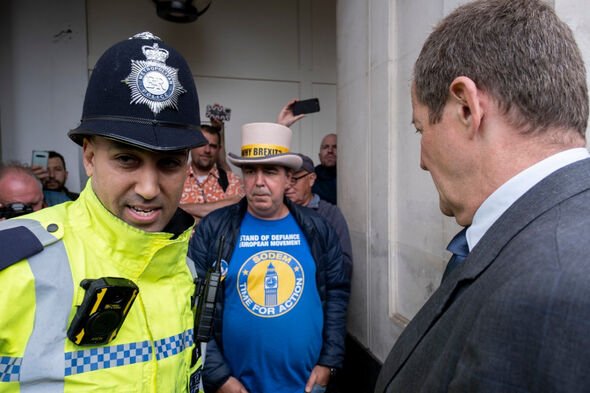 Just under £200,000 has been raised as a part of Mr Bray’s campaign to “save the UK from liars, cheats and charlatans”.

However, a pro-Brexit MP has confirmed she is happy to see Ms Patel’s law come into play.

Andrea Leadsom, who starred alongside Boris Johnson and ex-Labour MP Gisela Stuart in the Wembley Brexit debate, said: “Steve Bray has spent six years screaming abuse through a loudhailer at me and many others as often as he saw us for the ‘crime’ of trying to fulfil the democratic decision of the UK to leave the EU. 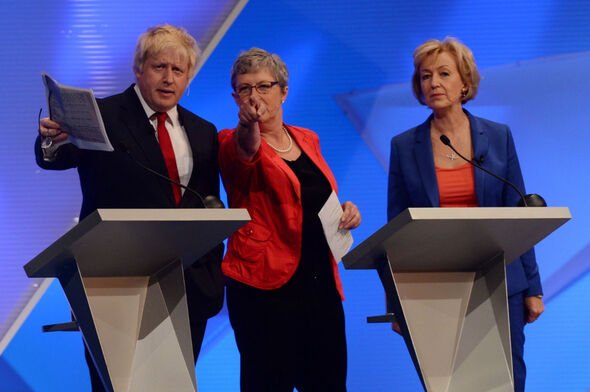 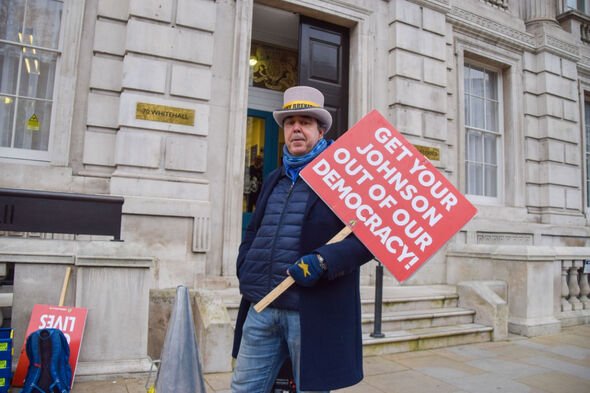 “This action by the police to stop his violent protest is very welcome.”

Lichfield MP Michael Fabricant, who has been a vocal backer of Mr Johnson in recent months, added: “What a joyous day for all who live and work around Westminster!”