Friday saw the Foreign Secretary, Tom Tugendhat, Rishi Sunak, Penny Mordaunt and Kemi Badenoch face off for the first time on Channel 4. Opinium carried out a snap poll after the debate, with 1,000 voters responding.

When asked “who performed best” in the debate, 36 percent of 1,000 voters pointed to Mr Tugendhat, who is ahead by 12 points over Rishi Sunak, on 25 percent.

Penny Mordaunt and Kemi Badenoch are tied, with 12 percent each,

Liz Truss placed last with voters, with only 6 percent saying she performed best.

Nine percent said “none of them” or “don’t know”. 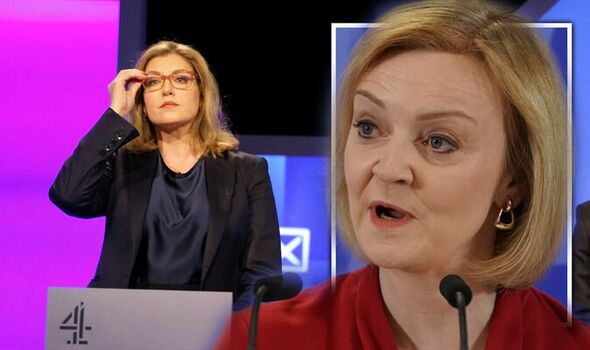 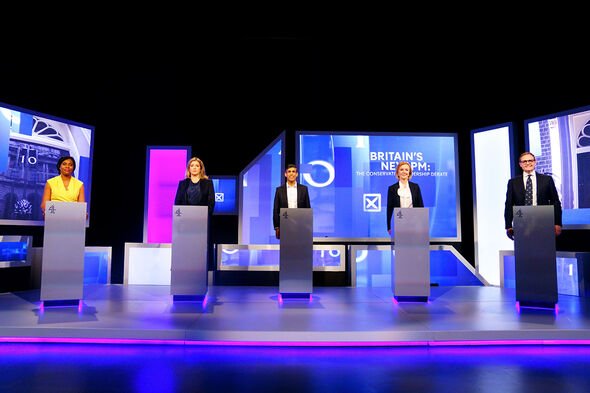 In another blow, 61 percent said Mr Tugendhat would make a good Prime Minister, with 31 percent disagreeing and 8 percent unsure. 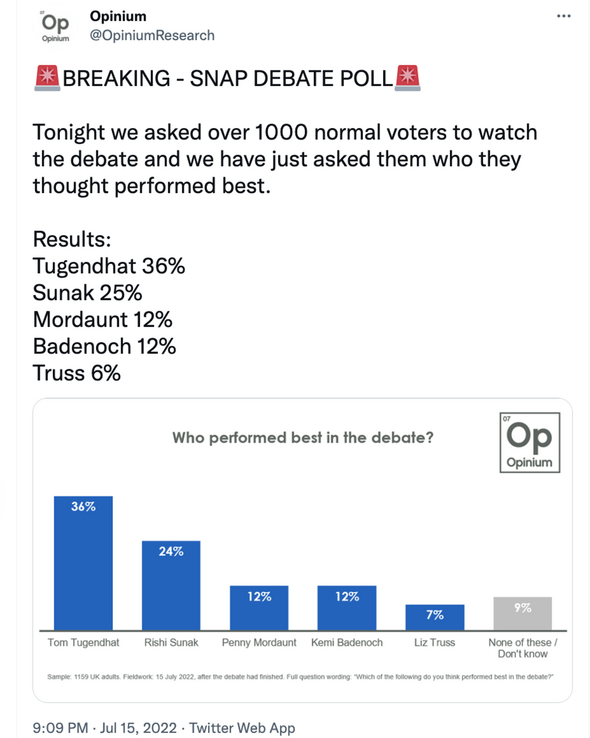 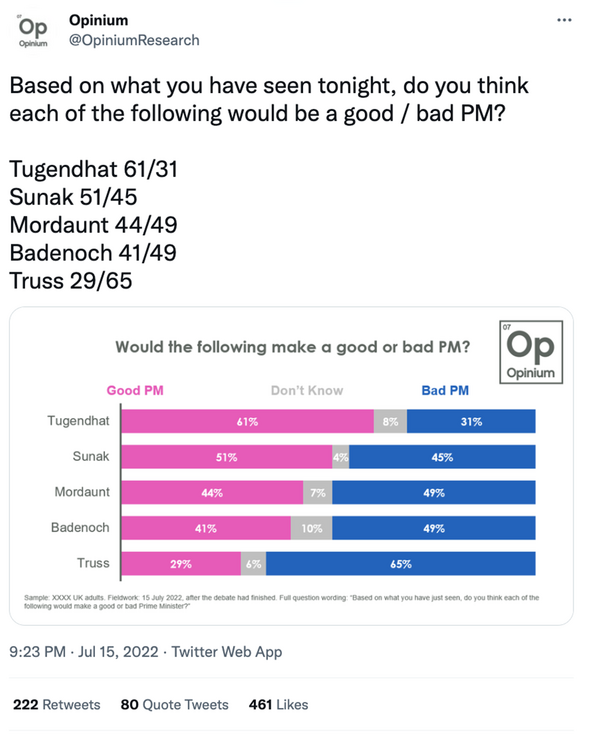 In another poll, from J L Partners for the Sunday Telegraph, people in 2019 Conservative seats were asked who would make the best Prime Minister.

Rishi Sunak saw the highest number of seats with a net “good PM” score, with 276 of the Tories seats backing the former Chancellor.

Mr Tugendhat had the highest support in 70 seats, while Ms Mordaunt had 19.

Ms Truss and Ms Badenoch do not top the table in any seat the Conservatives won in 2019 according to the pollsters.

UK heatwave: 41C blast to hit at 6pm on Tuesday 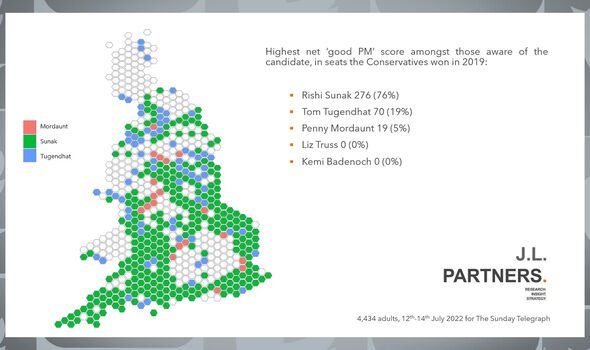 The poll sees Ms Truss with 39 percent of 2019 Tory voters saying she would make a good Prime Minister.

However, polling all voters, Ms Truss placed second to last ahead of Ms Badenoch, with only 22 percent saying she would make a good Prime Minister.

James Johnson, co-founder of J L Partners, said of the results: “Truss has high negative ratings with the wider public, but does better with Conservative 2019 voters – but is clearly a high risk bet.” 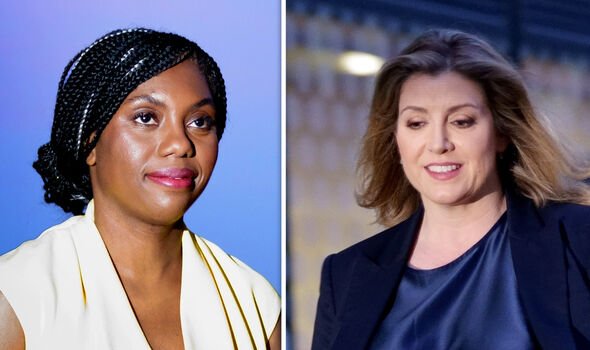 Supporter of Ms Truss have attacked Ms Mourdaunt, with Lord David Frost saying the MP for Portsmouth North did not “master detail”

He told Talk TV Ms Mourdaunt “did not master the detail that was necessary” and had been “absent on parade” during Brexit negotiations with the EU.

Sir Iain Duncan Smith, also backing Ms Truss, also told LBC about Ms Mourdaunt: “We can’t just elect somebody because for a short period of time they may look better than others.”

Ms Mordaunt told Sky News the reason she did not “have a profile” was that she had “just been getting on with the job” of being a minister prior to the Tory leadership contest.