WASHINGTON (Reuters) – White House officials trying to broker a deal on new coronavirus legislation will advise President Donald Trump to act on his own to deliver relief to Americans suffering from the pandemic, after talks with top Democrats in Congress broke down on Friday.

U.S. Treasury Secretary Steven Mnuchin and White House Chief of Staff Mark Meadows said they would recommend that Trump issue executive orders over the weekend to resume enhanced unemployment benefits, reinstate a moratorium on evictions and address other issues.

“The president would like us to make a deal. But unfortunately we did not make any progress today,” Mnuchin told reporters after he and Meadows met with House Speaker Nancy Pelosi and Senate Democratic leader Chuck Schumer for nearly 90 minutes on Capitol Hill.

The global pandemic has taken a particularly heavy toll on the United States, where it has killed more than 160,000 people and thrown tens of millions out of work. Trump initially played down the disease’s threat and has drawn criticism for inconsistent messages on public health steps such as social distancing and masks.

Friday’s talks appeared to mark the end of nearly two weeks of almost daily closed-door negotiations between the four leaders, who have sought to hammer out an agreement on legislation to resume COVID-19 relief programs that expired at the end of July.

Democrats said they offered to reduce a proposed $3.4 trillion coronavirus aid package, which the House passed in May but the Senate ignored, by nearly one-third if Republicans would agree to more than double their $1 trillion counter-offer.

Trump’s negotiators turned them down.

“It was a disappointing meeting,” Schumer told reporters.

Both sides said they remained open to further negotiations.

“I will be back here any time to listen to new proposals,” said Mnuchin, who identified the roadblocks as funding for state and local governments and an extension of enhanced unemployment payments, a $600 per week lifeline for those who have lost jobs in the coronavirus crisis.

Pelosi said she gave him and Meadows a stern parting message: “Come back when you’re ready to give us a higher number.”

Trump has also said he could use an executive order to defer payroll tax payments in an effort to stimulate the reeling U.S. economy, as he seeks reelection in November.

But it was unclear how much any president could do by executive order. At a news conference, Schumer said the president could not order any new money spent – as that is the power of Congress – but could only defer costs until they were eventually paid.

The U.S. Constitution gives Congress authority over federal spending, so Trump does not have the legal authority to issue executive orders determining how money should be spent on coronavirus.

Trump has managed to sidestep Congress on spending before. In 2019, he declared a national emergency on the U.S.-Mexico border to shift billions of dollars from the defense budget to pay for a border wall he promised during his 2016 election campaign.

Schumer placed some of the blame for the lack of progress on 20 Republicans in the Senate greatly influenced by the conservative Tea Party: “They don’t want to spend the necessary dollars to help get America out of this mess. Ideology sort of blinds them.” 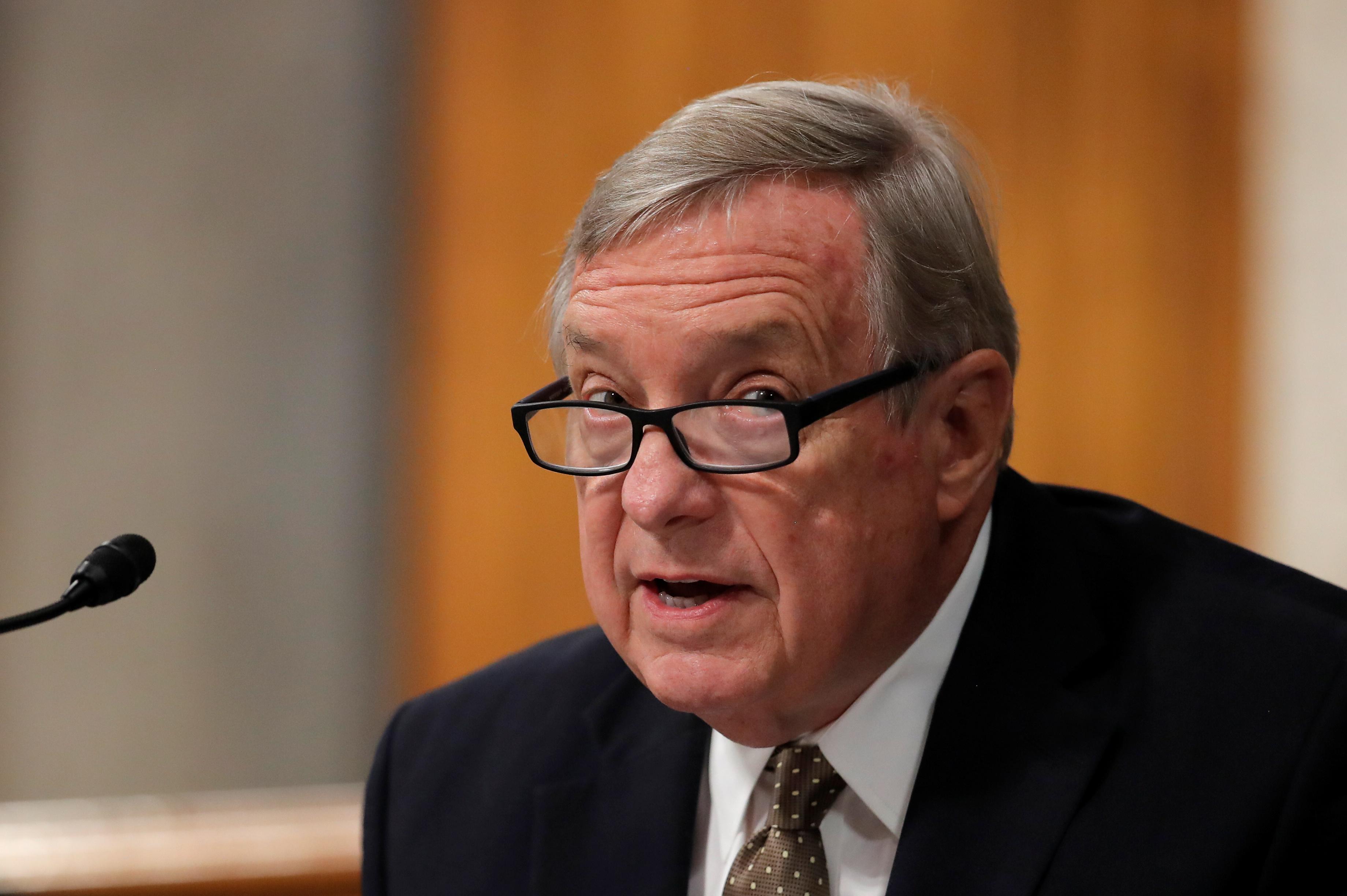 The White House at one point suggested $400 a week in federal benefits for the unemployed, but Democrats rejected it and have refused to do a separate deal, saying they wanted a comprehensive package that also included money for state and local governments and other matters.

Trump cast the issue of aid to state and local governments in partisan terms, writing on Twitter: “Pelosi and Schumer only interested in Bailout Money for poorly run Democrat cities and states. Nothing to do with China Virus! Want one trillion dollars. No interest. We are going a different way!”

More than 300 U.S. mayors this week sent a letter to Trump requesting $250 billion in direct federal aid to cities across the country. U.S. state governors of both parties have asked Congress for another $500 billion.