Negotiations broke down this week between the White House and top Democrats in Congress over how best to help Americans cope with the heavy human and economic toll of the crisis, which has killed more than 160,000 people across the country.

Trump said the orders would provide an extra $400 per week in unemployment payments, less than the $600 per week passed earlier in the crisis. Some of the measures were likely to face legal challenges, as the U.S. Constitution gives Congress authority over federal spending.

Republicans have argued that higher payments were a disincentive for unemployed Americans to try to return to work, though economists, including Federal Reserve officials, disputed that assertion.

Trump’s move to take relief measures out of the hands of Congress drew immediate criticism from some Democrats.

“Donald Trump is trying to distract from his failure to extend the $600 federal boost for 30 million unemployed workers by issuing illegal executive orders,” said Senator Ron Wyden, the top Democrat on the Senate Finance Committee. “This scheme is a classic Donald Trump con: play-acting at leadership while robbing people of the support they desperately need.”

The Democratic-majority House of Representatives passed a coronavirus support package in May which the Republican-led Senate ignored.

Trump also said he was suspending collection of payroll taxes, which pay for Social Security and other federal programs, an idea that he has repeatedly raised but has been rejected by both parties in Congress. He said the suspension would apply to people making less than $100,000 per year. 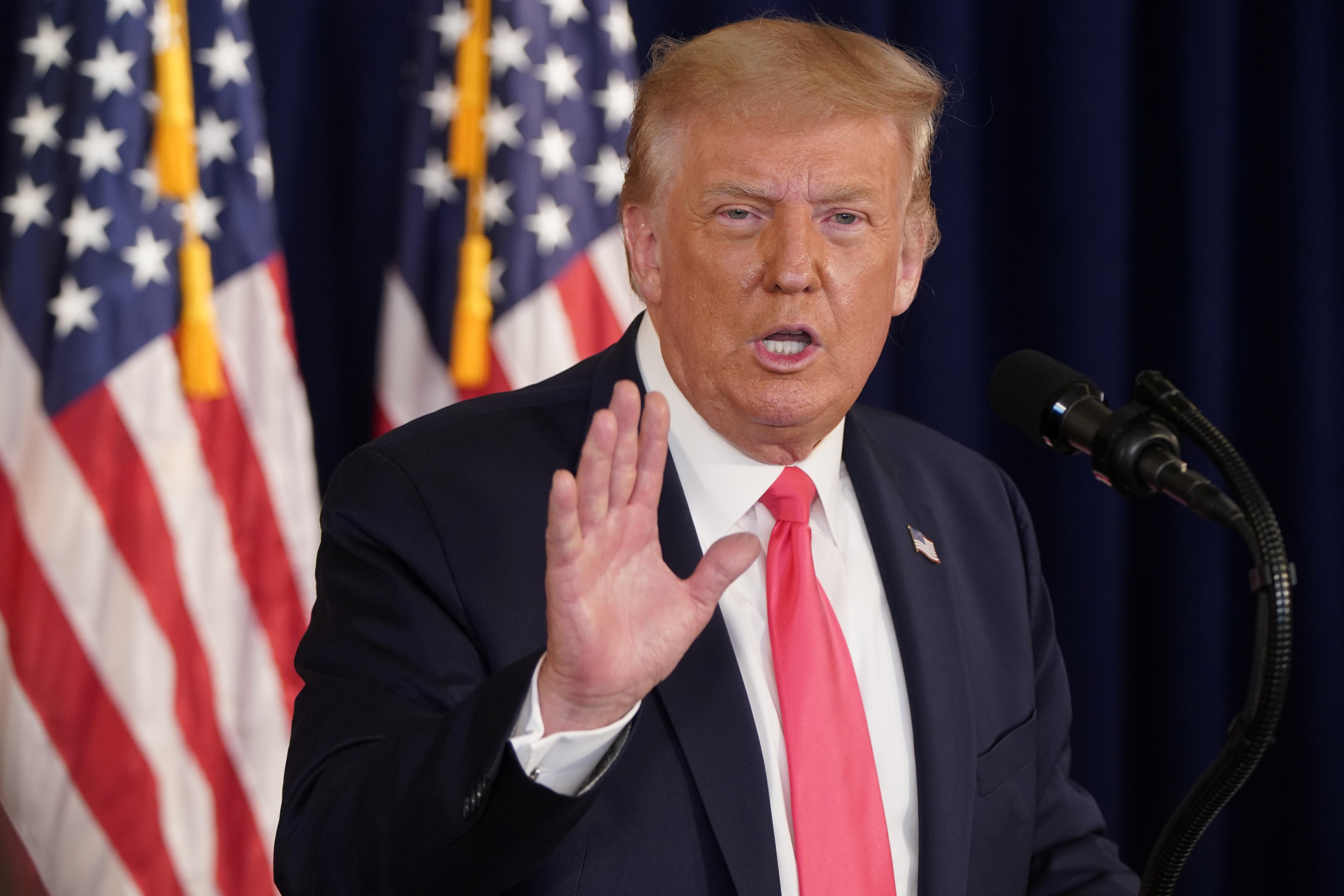 Trump initially played down the disease’s threat and has drawn criticism for inconsistent messages on public health steps such as social distancing and masks.

He spoke to reporters on Saturday at his New Jersey golf club, in a room that featured a crowd of cheering supporters.

Nearly two weeks of talks between White House officials and congressional Democrats ended on Friday with the two sides still about $2 trillion apart.

House Speaker Nancy Pelosi had pushed to extend the enhanced unemployment payments, which expired at the end of July, at the previous rate of $600 as well as to provide more financial support for city and state governments hard hit by the crisis.

Pelosi and Senate Minority Leader Chuck Schumer on Friday offered to reduce the $3.4 trillion coronavirus aid package that the House passed in May by nearly a third if Republicans would agree to more than double their $1 trillion counteroffer.

The $1 trillion package that Senate Majority Leader Mitch McConnell unveiled late last month ran into immediate opposition from his own party, with as many as 20 of the Senate’s 53 Republicans expected to oppose it.

Trump did not rule out a return to negotiations with Congress.

“I’m not saying they’re not going to come back and negotiate,” he said. “Hopefully we can do something with them at a later date.” 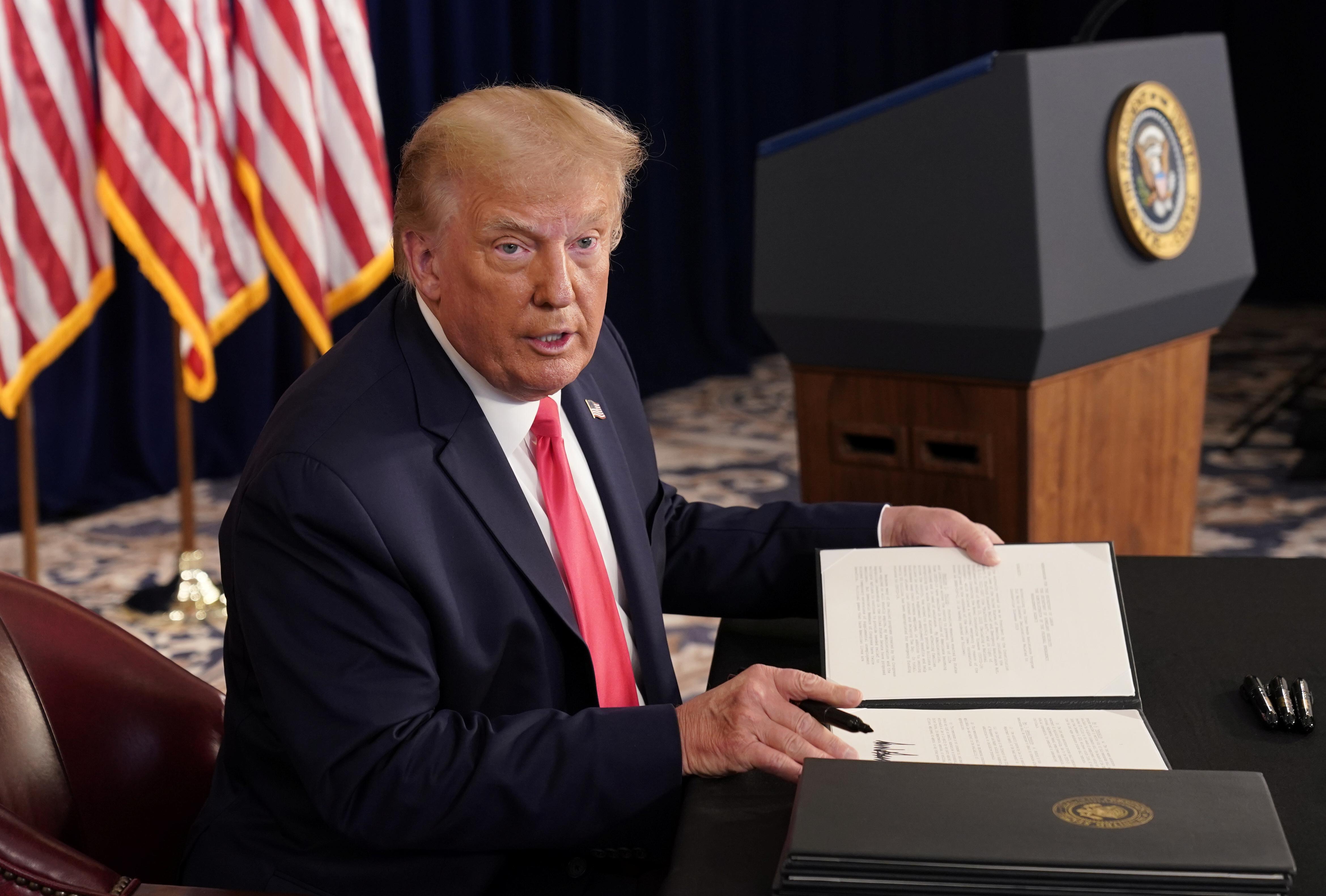 Democrats have already warned that such executive orders are legally dubious and would likely be challenged in court, but a court fight could take months.

Trump has managed to sidestep Congress on spending before, declaring a national emergency on the U.S.-Mexico border to shift billions of dollars from the defense budget to pay for a wall he promised during his 2016 election campaign.

Congress passed legislation to stop him, but there were too few votes in the Republican-controlled Senate to override his veto – a scenario that would likely play out again with less than 90 days to go before the Nov. 3 presidential election.