The PM is said to be “actively considering” giving Parliament a formal say on the decision to slash aid spending from 0.7 percent of national income to 0.5 percent. A group of approximately 50 Conservative MPs, including former Prime Minister Theresa May, are against the £4billion cut.

The aid reduction has meant millions of pounds less is being spent on supporting girls’ education, women’s reproductive health, clean water, HIV/Aids, the humanitarian ­crises in Yemen and Syria and many other causes.

Ministers have blamed the decision on the financial impact of the pandemic. But Mr Johnson is now being advised to table a vote before Parliament breaks for its summer recess at the end of this month. Foreign Secretary Dominic Raab and the Chancellor Rishi Sunak are said to have met in an attempt to find a solution to the row but failed to agree a way forward.

The rebels have ­suggested imposing a time limit on the reduction to ensure it can only last for one year before returning to the 0.7 percent level.

Andrew Mitchell, a former international development secretary, said: “The Government need to get off this hook, which is damaging our ­international reputation and leading to hundreds of thousands of avoidable deaths.” 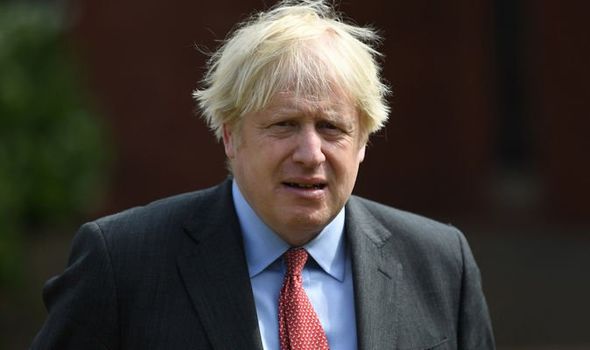 David Davis, the former Brexit secretary, added: “This policy will lead to the death of women and children.

“It’s a breach of our manifesto promise, it’s very likely unlawful and has never been put before Parliament.

“Many MPs feel an enormous moral imperative to put this right as soon as possible and much of the public feel the same.”

But Tory backbencher Andrew Bridgen said the UK’s Foreign Aid policy should not be judged on cash alone. He said: “We have given the world a Covid vaccine at cost.

“In doing that, AstraZeneca have probably foregone £35billion of ­revenue and that would probably have been around £7billion of corporation tax, which is far more than the ­reduction in the aid budget.”

A Government source said a plan for a vote “has been drawn up”.