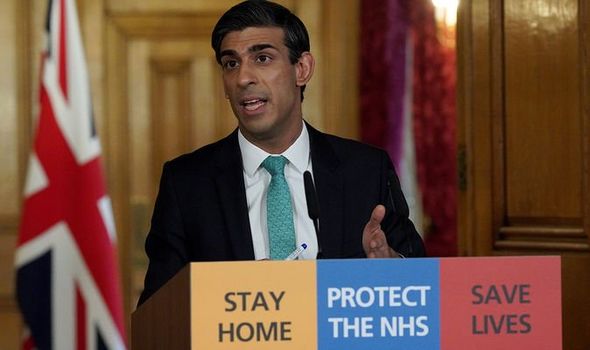 The speed of his ascent and the magnitude of the crisis meant Sunak – dubbed “Dishy Rishi” and enjoying approval ratings Boris Johnson could only dream of – went from relative unknown to household name almost overnight. Tipped as a future Prime Minister, his rapid rise means the public knows little about the man who has become the undoubted political celebrity of 2020, yet his is an extraordinary story of a family’s rise to prominence through hard work.

Sunak’s maternal grandmother Sraksha grew up in rural Africa in a remote hut in the heart of Tanzania’s lion country.

Born to Hindu Punjabi parents, she learned Swahili as a child and considered Africa her home.

At the age of 16, she entered into an arranged marriage with Rishi’s Indian grandfather, Raghubir Berry, a railway engineer.

The couple had three daughters including Sunka’s mother, Usha, and in 1966 Sraksha made the bold move to Britain after selling her wedding jewellery to buy a one-way ticket.

In a move of extraordinary courage and vision, she gambled everything to give her family a better future, making her way alone to Leicester where she found a job as a bookkeeper.

A year later her family joined her in Britain. 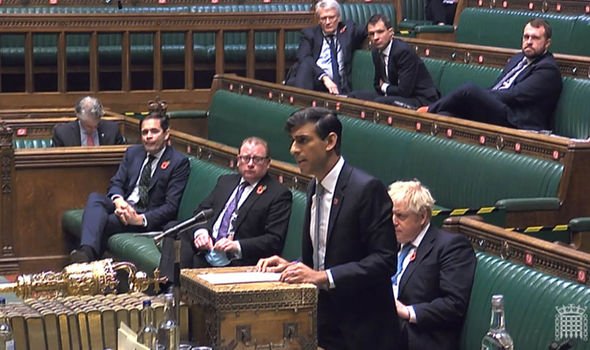 The Chancellor’s father, Yashvir, was from an upper-middle-class Punjabi family who, before partition, came from Gujranwala, now in Pakistan.

After Yashvir’s elder brother was offered a place at Liverpool University to study electrical engineering in 1966, Yashvir joined him to complete his A-levels and, a few years later, the rest of the family joined the two boys in the UK.

While Yashvir read medicine at Liverpool University, Usha graduated in pharmacology from Aston University. Introduced by family friends, they married in Leicester in July 1977 before relocating to Southampton where Yashvir worked as a family doctor before starting a fledgling pharmacy business.

Their first child, Rishi Sunak – no middle name – was born on May 12, 1980, at Southampton General Hospital. 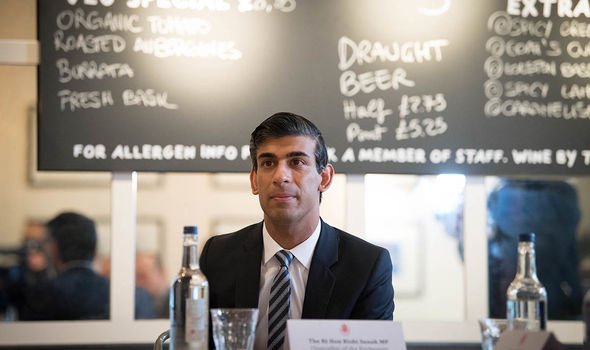 The family grew with another son, Sanjay, arriving in 1982, followed by a daughter, Raakhi, in 1985.

Sent to kindergarten at an old-fashioned prep school, Oakmount, Rishi made such an impression even aged just four-years-old his teacher predicted he would be a brain or heart surgeon.

In fact, the future Chancellor was so academically gifted he appears to have been moved up a year.

When the school closed suddenly in 1989, the Sunaks moved their eldest son to Stroud, a private prep school.

There, he played hockey and football but excelled at cricket, becoming team captain. 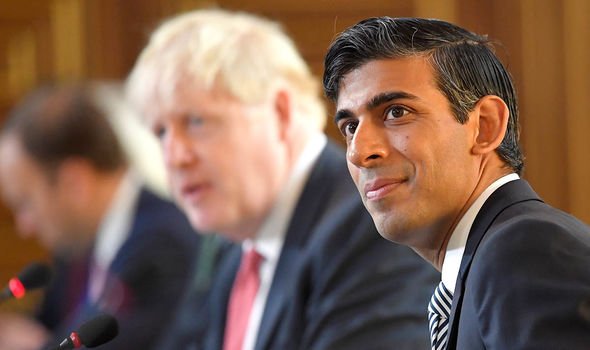 He was quickly identified as a “high achiever”.

Teacher Olly Case recalled: “The teachers would say, ‘He’s going to be a Prime Minister’.”

With much of the family’s finances going on their children’s education, holidays were not extravagant, with many summers spent on the Isle of Wight.

Other modest treats included trips to watch Southampton, where Yashvir had a season ticket.

Rishi’s childhood hero was star player Matt Le Tissier and he remains a passionate supporter of the club.

Having won a place at Winchester College, the naughtiest thing Sunak ever did at Winchester was to smuggle in a hand-held television so he did not miss any key games of Euro ’96.

During school holidays, he helped his mother with the accounts of her pharmacy business.

As a result, he began taking an interest in what the main political parties were saying about tax and spending.

He was also becoming increasingly conscious of the importance of the role his parents played in the local community.

In May 1997, during the general election, he briefly leafleted for the local Conservative candidate.

But as Tony Blair swept to a landslide victory, he wrote in the school magazine the Tories deserved to lose and “nobody elects a divided party”. 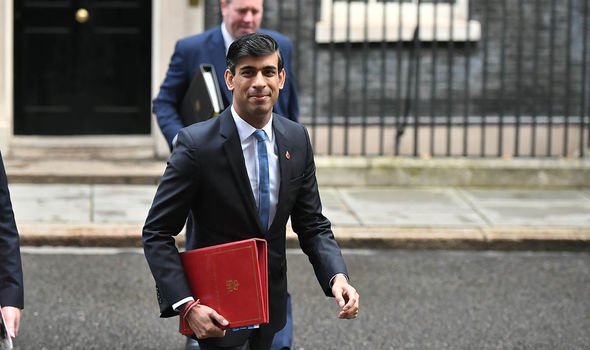 He was accepted as just one of nine undergraduates to read philosophy, politics and economics at Lincoln College, Oxford, and it was there he revealed a natural talent for ballroom dancing, even reaching the semi-finals in one competition.

After Sunak graduated with first-class honours, he accepted a position with Goldman Sachs, one of the world’s largest – and, to its critics, most rapacious – investment banks.

The punishing hours and constant review process there may go some way to explaining how well he would come to be regarded at Westminster some 15 years later.

A two-year MBA course at Stanford saw him arrive at Silicon Valley.

His time there had a profound impact on his view of the world, filling him with excitement about entrepreneurialism and giving him a global outlook. 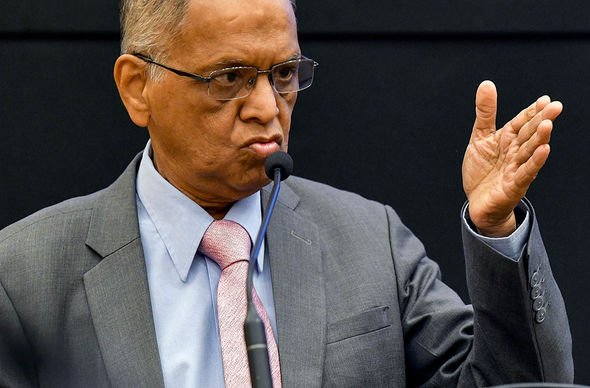 Also at Stanford, he met the person with whom he wished to spend the rest of his life: Akshata Murthy, whose father Narayana Murthy, above, is now the sixth richest man in India, with a net worth of $2.7billion.

It is easy to see why the pair were so drawn to each other: both had grown up in households in which education and achievement were obsessions and hard work and decency were prized.

With outgoing personalities and preppy good looks, Sunak and his new girlfriend quickly became something of a power couple at Stanford.

Armed with his MBA, in 2006 Sunak had joined what was probably the UK’s best-performing hedge fund, The Children’s Investment Fund. 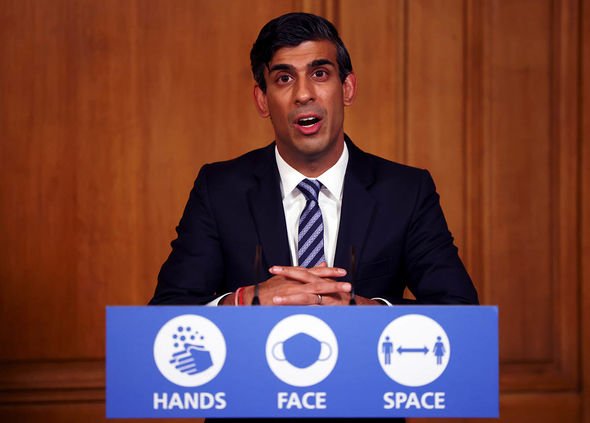 For a while he and his new colleagues were riding the crest of a wave.

Then the financial crisis struck.

For Sunak, seeing hundreds of millions of pounds wiped off the value of investments was a bitter foretaste of the terrifying uncertainty he would face as Chancellor more than ten years later when the UK economy plunged into recession.

When Rishi and Akshata married in August 2009, his best man was James Forsyth, his best friend from their time at Winchester together, and the future political editor of the Spectator magazine.

The couple bought a fabulous penthouse in a smart complex called the Waverly, in Santa Monica, for $7.2million, and two daughters – Krishna and Anoushka (nicknamed “Nou”) completed their family. 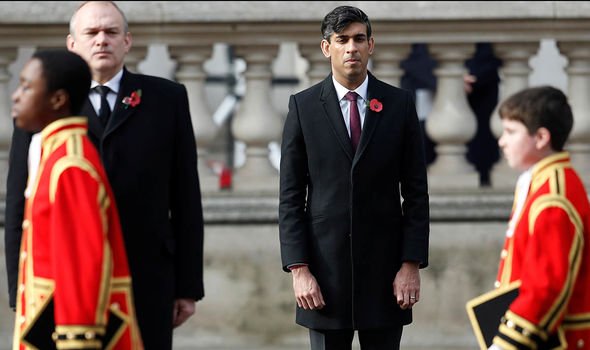 But in 2013, Sunak started thinking seriously about returning to the UK and moving into politics.

Sunak has told friends: “I came back from America and only knew James. No one else in politics. He introduced me to Dougie and between them, that was that.”

To stand out, Sunak volunteered to undertake research for the Policy Exchange on a subject close to his heart: Britain’s minority communities.

For too long, he felt, the media had treated BAME groups as if they were a single entity, when more than 100 different languages were spoken in London playgrounds alone.

His report made compelling reading and was splashed all over newspaper front pages.

Suddenly, he was in high demand.

When former Tory leader William Hague announced he would not seek re-election for the rural constituency of Richmond, Yorkshire, in May 2015, the race for one of the safest Tory seats in the country was on.

Even an early presentational error, when he purchased a pair of blue wellington boots, marking him out as a “townie”, was not judged too harshly, and his commitment and energy impressed observers.

To those people who said, “We remember William Hague, we like William,” he replied, “I’m the next William Hague; I’ve just got a better tan!” recalled Angus Thompson, the chairman of Richmond Conservative Association. 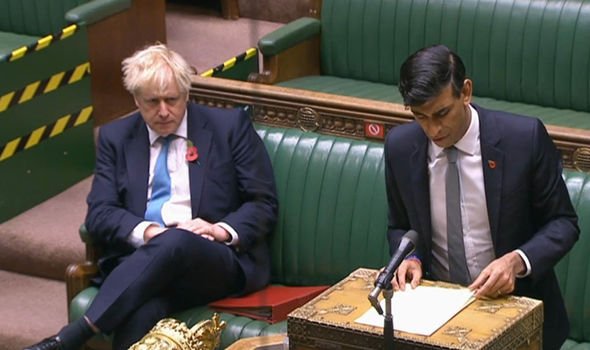 When Sunak became the candidate for Richmond he needed a constituency base and decided on a fabulous manor house in the village of Kirby Sigston, Hambleton, about four miles east of Northallerton.

The Grade II listed building was set in many acres of parkland and had a beautiful lake.

He and Akshata were used to multi-million-pound price tags for swanky apartments in London and Los Angeles.

This stately home was a snip at just £1½million.

Yet tempting as it was to buy it on the spot, Sunak knew this would look presumptuous. 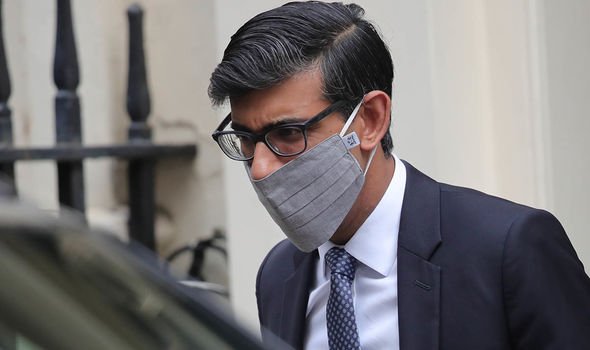 So he struck a deal with the owner to rent the place with a view to buying it if and when he became local MP.

It was a risk.

Sunak’s choice of accommodation immediately marked him out as far wealthier than most of the people he hoped to represent and could have been a gift for his political opponents.

Strangely, however, he got away with it.

In the subsequent General Election, he secured more than 51 percent of the vote, with a majority of 19,550. 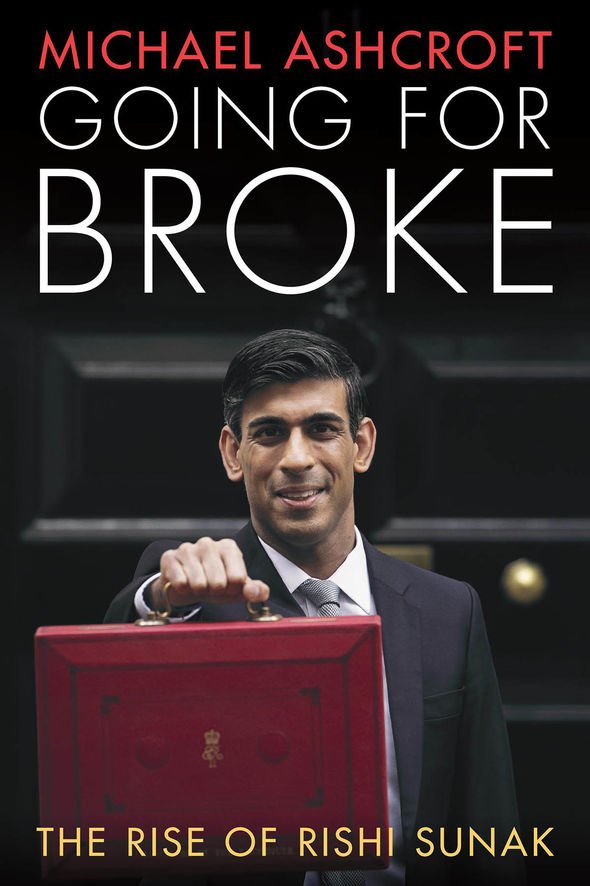 The qualities that have propelled him are evident in the story of his life: clever and talented, immensely hard-working, ambitious, eager to learn, disciplined, always well prepared.

He takes nothing for granted, absorbing information, diligently doing the less glamorous parts of his job and working in his constituency – the  54th safest in Parliament – as though it were a marginal.

“It’s a remarkable talent in politics seemingly to have no enemies and not even people who seem to be that jealous,” says one who knows him well.

The only mischievous moniker that did the rounds at Westminster after he became Chancellor was “Baby Chino”; a reference to his predecessor Sajid Javid who acquired the unfair nickname Chino, meaning “Chancellor in name only.”

In Sunak’s case it might also be a dig at his diminutive stature as he only stands 5ft 6ins tall, and it seems unlikely to affect him.

But his colleague adds: “It’s very difficult to dislike him. He’s a very easy-going, humble kind of guy.”

· Edited extract from Going for Broke by Michael Ashcroft (Biteback Books, £20). For free UK delivery, call Express Bookshop on 01872 562310 or order via www.expressbookshop.co.uk Delivery 10 to 14 days

• Lord Ashcroft KCMG PC is a businessman, philanthropist, author and pollster. For information about his work, including his six books on bravery, visit lordashcroft.com. Follow him on Twitter and Facebook.