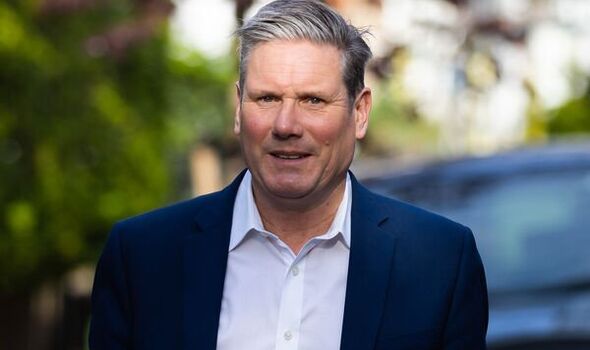 Critics say a photograph showing the Labour leader holding up a football shirt is at odds with his claim he was working that night and not socialising.

Sir Keir was seen at the Miners Hall in Durham on April 30, last year, while campaigning for a crucial by-election.

Images emerged of him swigging a bottle of beer and tucking into a takeaway curry with several colleagues.

The former Director of Public Prosecutions insists it was a meal break during a work event and therefore no rules were broken.

However, the picture of him holding up the non-league Consett AFC suggests he was not working for the entire evening.

A Labour spokesman declined to comment on the football shirt photo.

Beergate is being investigated by Durham Police.

Sir Keir and Labour’s deputy leader Angela Rayner have both vowed to quit if they receive fixed penalty notices for breaching Covid restrictions.

The Opposition leader has insisted: “I am absolutely clear that no laws were broken. They were followed at all times.

“I simply had something to eat whilst working late in the evening, as any politician would do days before an election.”