Sophy Ridge ripped into the state of Labour, saying that people in the UK “did not know” what the party stands for. She accused Labour’s Steve Reed, the shadow communities secretary, of dodging her questions on the party’s vision. At one point, Ms Ridge rebuked: “I’m giving you a platform to speak to the people of the UK and you have actually ducked it!”

Ms Ridge admitted that she “could not remember what Labour’s slogan was going into last week’s elections”.

Mr Reed said it was “secure the economy and protect the NHS”.

When the Sky News host grilled the Labour MP on his party’s “big vision,” Mr Reed said Labour would “engage with people in the country”.

This prompted Ms Ridge to fire back: “You’re been doing that for 18 months.”

JUST IN: Matt Hancock warns those with two vaccine doses ‘may still die’ 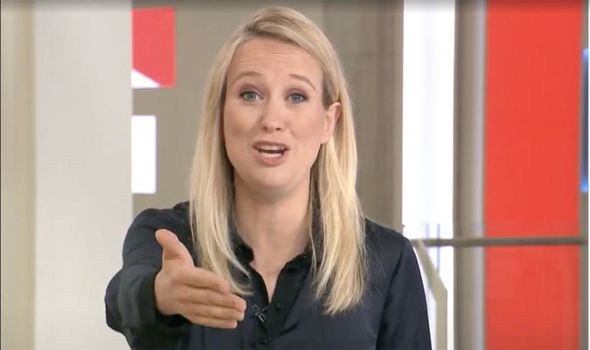 “I’m giving you a platform to speak to the people of the UK and you have actually ducked it!

“That’s the issue with Labour, isn’t it?”

Mr Reed admitted that Labour has to take time to work out what that looks like in the future but added that continued devolution is one policy they want to fight for.