Home » Politics » SNP civil war: Ian Blackford CONDEMNED by own party for referendum vow – ‘Not up to HIM!’

Mr Blackford, the SNP’s Westminster leader, has been attacked after he claimed a vote to rip the UK apart would take place next year. But SNP sources hit back, reminding him the date would be decided by First Minister Nicola Sturgeon.

One told The Times: “It won’t be Ian Blackford who gets to decide the date.

“It will be the first minister and cabinet.”

Another said: “Nobody believes it but supporters of an early vote will be hoisted by their own petard.” 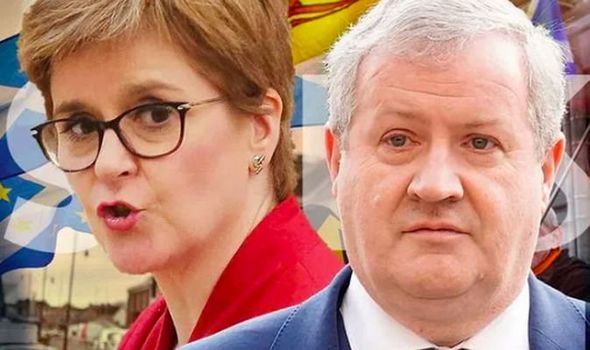 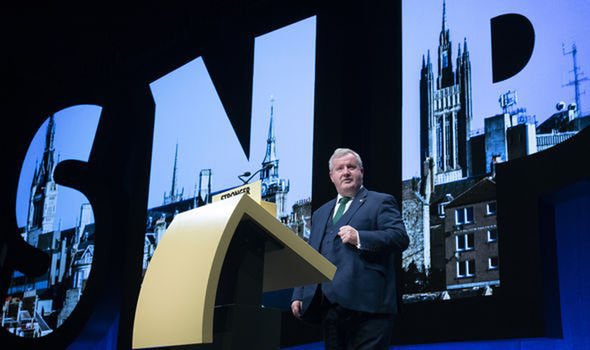 It comes after Mr Blackford said the SNP “must” prepare for a second referendum on Scottish independence to take place in 2021 despite the UK being in the middle of the major coronavirus pandemic.

The SNP Westminster leader insisted the party would have a platform to hold indyref2 “quickly” if they won the Scottish Parliament elections in May.

In an interview with the Sunday National newspaper, the MP for Ross, Skye and Lochaber said the party should focus on the Holyrood vote first.

“To be able to be respectful to those who are not currently with us that we’re appealing to join us; about that denial of democracy that is currently taking place and to affirm that it is the sovereign right of the people of Scotland to determine their own future; and come what may, we will prevail.

He said the coronavirus crisis had led to plans for another referendum being delayed, saying: “COVID has come along and the Scottish Government in particular, has had to take its responsibilities of stewarding the country through this crisis.

“So we’ve had to, from a tactical point of view, put off holding a referendum in 2020 and I apologise that that was the case.”

The party’s Westminster leader said the SNP would have a platform to hold indyref2 “quickly” when the crisis is over and if they secure a “victory at Holyrood”.

Mr Blackford’s timetable was rubbished by Scottish and former prime minister Gordon Brown, who said a referendum should not be held as the country “heals” from coronavirus and its economic impact, saying there should be a “root and branch constitutional review to bring people together at a later stage”.

During an interview on the BBC’s Andrew Marr Show on Sunday morning, he said: “I think most Scottish people will make up their mind that in the middle of a virus when you’ve got to heal the virus, you’ve got to heal the recession and you’ve got to look at the whole future of Britain – and the SNP have got to come clean about what it now means for independence, now you’ve got economic changes taking place – I don’t think this is the right time at all.”

He said: “Ian Blackford’s commitment to a referendum a few months from now is not just irresponsible but delusional and shows how out of touch the SNP are.

“The Scottish Conservatives are focusing on fighting the pandemic and rebuilding the economy. That is what people want and expect.

“The fact he feels the need to apologise for not staging a referendum this year as thousands of lives in Scotland have been lost and families continue to mourn is deeply disrespectful but also telling about the SNP’s obsession with independence over everything else.”