He was pictured with his wife watching the women’s singles semi finals match between Tunisia’s Ons Jabeur and Germany’s Tatjana Maria on Centre Court. The match took place on the eleventh day of the 2022 Wimbledon Championships. This came just hours after Mr Johnson announced he would be resigning as Prime Minister. 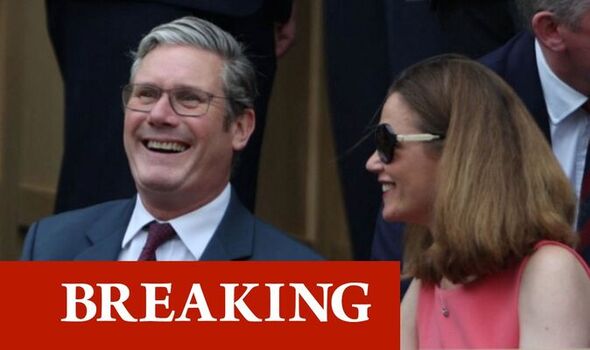 Speaking outside Downing Street, Mr Johnson said he regretted that he was “not successful” in his role as Prime Minister, admitting the “pain” of ending his term in office early.

He said he was sad to give up “the best job in the world”.

The outgoing Prime Minister reminded the country that he was elected with the biggest majority since 1987 and the biggest share of the vote since 1979, saying he is proud of what he achieved in office.

A Conservative leadership race will take place this summer.

A new Prime Minister will be in place in time for the Tory party conference in October but Mr Johnson is expected to continue in his post until the Autumn when a successor is chosen.

He has begun appointing a new Cabinet to serve until a new party leader is selected.

But Sir Keir has hit out at Mr Johnson’s plan to remain in office, saying he “can’t cling on” any longer.

He has threatened to bring a vote of no confidence against the Prime Minister unless he leaves office immediately.

Speaking earlier today before the resignation speech, the Labour leader said: “He needs to go completely.

“None of this nonsense about clinging on for a few months.

“He’s inflicted lies, fraud and chaos in the country.

“We’re stuck with a government which isn’t functioning in the middle of a cost-of-living crisis.”