The Conservative cabinet minister moved to play down concerns that Boris Johnson had left himself vulnerable to being targeted by hostile states and criminal gangs after it was revealed his personal contact details had been accessible on the internet for 15 years. 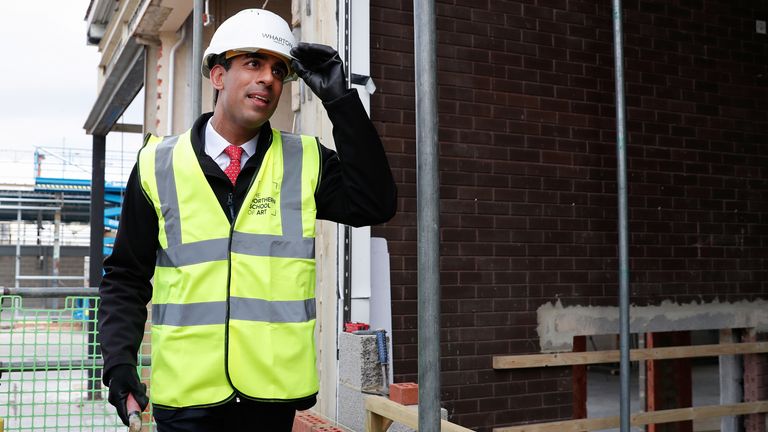 He argued it was “not just about who’s got the number but who’s been using it”, coming in the wake of the lobbying row, when text message exchanges with entrepreneur Sir James Dyson and Saudi Crown Prince Mohammed Bin Salman were leaked.

Downing Street did not deny reports earlier this month that Cabinet Secretary Simon Case advised Mr Johnson to change his long-held number because of concerns over how many people had his direct contact details.

The disclosure about the Tory leader’s phone number comes as he continues to be dogged by controversy about how renovations to his flat in Downing Street were funded.

But speaking on a by-election campaign visit to Hartlepool, Mr Sunak, said: “As far as I’m aware, all security protocols have been followed.

“Part of what makes the prime minister special is that he is an incredibly approachable individual.

It emerged on Thursday that, in 2021, Mr Johnson’s contact number was still listed at the bottom of a 2006 press release dating back to when he was shadow higher education minister.

“It carries a security risk.

“And he was warned about it. That tells its own story.”

He said: “I think a lot of people will be concerned not just about who’s got the number but who’s been using it.

“Because what’s come out in recent weeks is privileged access – those that can WhatsApp the prime minister for favours.

“This all is further evidence that there’s essentially one rule for them and another rule for everybody else.”

Sir Keir added: “I changed my number when I became director of public prosecutions and I’ve kept my number secure since then.”

Lord Ricketts said: “If this same mobile phone number has been used for 15 or 20 years, then hundreds, if not thousands, of people must have access to it.”

He told the BBC: “I know that modern systems like WhatsApp are end-to-end encrypted; nonetheless, I think one would be worried if a hostile state who had sophisticated capabilities had the mobile phone number itself.

“That must increase the risk that they’re able to eavesdrop on some at least of the communications that are going on, and possibly other non-state actors as well, like sophisticated criminal gangs.

“So, there is no way of knowing whether that’s true, but there must at least be an increased risk if the number is widely available.”