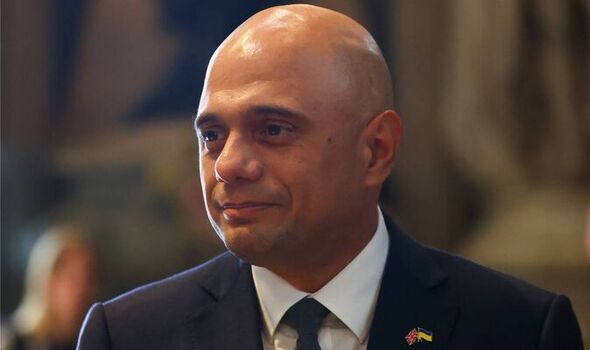 The Health Secretary’s eldest sibling Tariq died in a hotel in Horsham, West Sussex, in July 2018.

Speaking at the London HQ of suicide prevention charity Papyrus yesterday, he set out action to prevent self-harm and urged men to talk about their mental health.

He said several programmes are underway, including a refreshed suicide prevention plan, better services for bereaved families and improved use of tech to understand the causes.

Mr Javid said: “We must treat suicides with the same urgency that we treat any other major killer.

“I’m determined to make a difference on this issue and one of the ways we’ll do this is by publishing a new 10-year suicide prevention plan.

“This is something that is deeply personal to me – there are too many families that are left incomplete and too much potential has gone unfulfilled.”

In 2018, a coroner ruled his brother Tariq, a 51-year-old supermarket chain boss, had taken his own life.

An inquest heard he had left two letters to his partner, telling her to “carry on and enjoy life”, before he booked a room at the South Lodge Hotel in Horsham.

Mr Javid said efforts were being made to engage communities at greatest risk, including those in the most deprived areas.

A suicide surveillance system will be rolled out early next year to look for patterns that put people at jeopardy.

It will also examine the impact of social media.

The Government’s aim is that by 2023/24 anyone can dial NHS 111 to reach a mental health team for round-the-clock support.

Mr Javid said: “I heard heartbreaking tales of love and loss, but also inspirational stories of work to divert people from this painful path.”