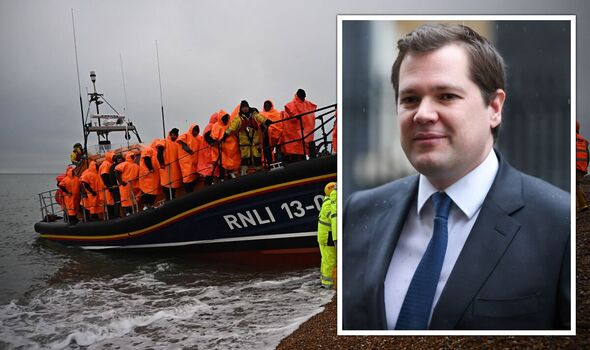 Robert Jenrick insisted “there is a significant difference” between economic migrants and refugees fleeing war and persecution. He said he wants to work constructively with the Albanian government amid a diplomatic row over his vow to clamp down on the arrivals.

Olta Xhacka, the Albanian foreign minister, said Mr Jenrick had declared “open season” on all Albanians in the UK.

But Mr Jenrick defended his actions, saying: “We have to be able to ­distinguish between the Albanian diaspora in this country who we respect and want to work with as closely as we can – British citizens who are of Albanian descent, those who choose to come here legally – and those who are coming here illegally on small boats.

“It is right that the Government takes a very strong line on that. It is a particular focus of the PM and myself to bear down on the phenomena that we saw last year, which was a very large number of Albanians coming illegally. Albania is a safe country.

“There is a significant difference between those people that come to the UK through genuine persecution and human rights abuses and those people who come gaming the system for economic reasons.

“We have to be able to make that distinction in a ­sensible way, or else we will find tens of thousands of people crossing our borders every year.”