Addressing Nicola Sturgeon in the Scottish Parliament during First Minister’s Questions (FMQs), former Scottish Conservative leader Ruth Davidson called on the SNP leader to publish all correspondence between Education Secretary John Swinney and the SQA ahead of the publication of exam results. She said: “The idea that we’re at the 12th of August over a week after results were issued and people still aren’t clear what’s happening with university places, is ridiculous.

“One way to build trust back is to be more transparent.

“When the last SQA fiasco happened in 2000, Nicola Sturgeon was in opposition and she insisted that the then Education Secretary and I quote ‘give the Parliament a categoric reassurance that he will make available all papers and correspondence and notes and meetings and phone calls within his department and between his department and the SQA since the start of this year’.

“The same thing needs to happen now. We know that this Government doesn’t have the best record in making documents available but will she today give that guarantee and will she start by confirming that the Education Secretary did indeed formally back the SQA deeply flawed model?”

Ms Sturgeon replied: “On the issue of university places, in any year the process of university admission goes on for a period of time. 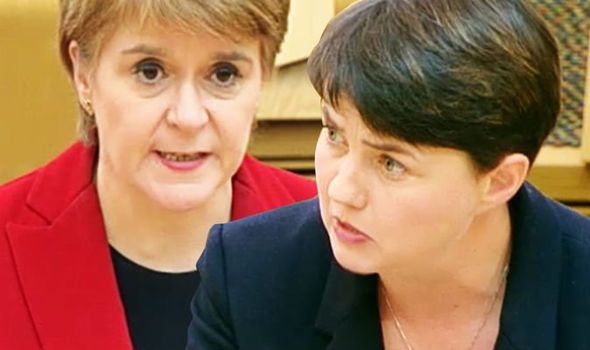 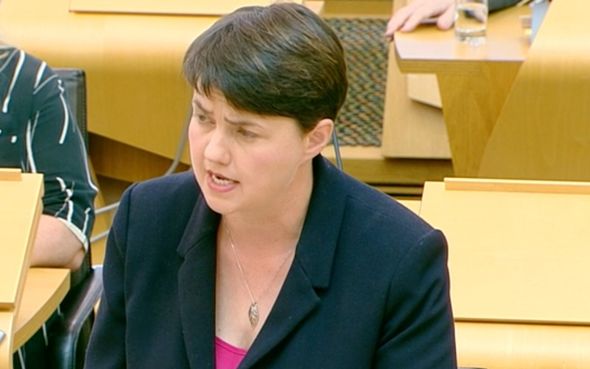 “This year, we’re going to ensure that more places are available for young people and I think that is a good thing.

“That’s a positive thing that should be welcomed across the country.

“In terms of the responsibility of the SQA and the Government, we’ll make whatever Parliament wants available to Parliament.

“But I really don’ think, perhaps the Opposition understandably given the experience with Governments elsewhere, are really struggling to grasp a key element of this.

The FMQs clash comes after Scotland’s Education Secretary, John Swinney, announced that moderated grades would be scrapped following a massive outcry after more than 124,000 results were downgraded.

Scotland’s “perfectly fair model” of exam results was only changed because of the “anguish” coronavirus has caused rather than the disproportionate impact of moderation on poorer children, according to Mr Swinney.

The 124,564 results downgraded by the moderation system requested by the Scottish Government will revert to the marks estimated by teachers after a U-turn by the Education Secretary on Tuesday.

Despite ordering the moderated grades to be withdrawn, Mr Swinney insisted the process was fair and the Scottish Qualification Authority followed his instructions to “maintain standards from year to year”.

Before the U-turn, Mr Swinney and First Minister Nicola Sturgeon had argued the system would not be “credible” if they accepted teacher estimates.

But it was the “heartfelt pleas of young people” about COVID-19’s impact, rather than the disparity in moderation of results between schools in affluent and deprived areas, that caused Mr Swinney’s “change of mind”.

He said: “The approach that had been taken, which was a perfectly fair model the SQA had put in place, emphasised heavily the importance of maintaining standards from previous years to this year.”

“I concluded that we had not taken enough account of the trauma and the difficulty created by Covid-19 in the lives of those young people and accordingly I said that we should respect and apply the judgments made by individual teachers.”