Sir Malcolm Rifkind claimed that President Gorbachev had reached the status of Nelson Mandela because he managed to change the world in a peaceful way. Sir Malcolm highlighted the stark difference between the late president and Vladimir Putin, pointing out “you could trust the things that Gorbachev said”, and explained that you could not do the same with his successor. Mikhail Gorbachev, who opposed Putin’s invasion of Ukraine, died aged 91 on Tuesday,

Sir Malcolm told BBC Breakfast: “He’s off Mandela status, you know he was somebody who changed the world and did so in a peaceful way.

“Just as Mandela helped bring the end of apartheid without a civil war in South Africa, so the Cold War came to an end virtually without a shot being fired.

“And the crucial decision and what distinguishes him from Putin is firstly what I said a few moments ago, that people who trust Gorbachev to mean what he said, which sadly we cannot do with Putin.

“But also Gorbachev took an immediate decision when he came to power, and he was not going to use the Soviet army, the Red Army to impose Russia’s will on its neighbour. 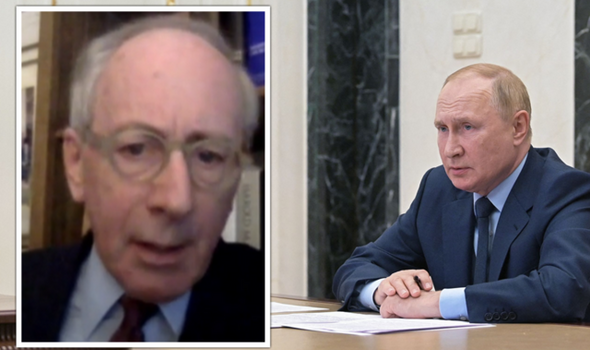 Sir Malcolm added: “So, he refused to send troops to the Baltic states, who were successfully campaigning to break away from the Soviet Union.

“He would not send troops to save the East German communist who were clearly loathed by their own people, likewise Poland became a free and independent country.

“Now these were crucial decisions because it sent a fundamental signal, under Gorbachev at least, sadly not now.

“The people in the Kremlin wanted peaceful solutions and would not seek to deny the right of their neighbours to truly independent countries.

“And if only Mr Putin followed Gorbachev’s lead and not the disastrous way he’s pursuing at this moment.”