Liz Truss was announced as the next leader of the Conservative Party just after lunchtime today, and will succeed Boris Johnson as Prime Minister tomorrow. Her rival, Rishi Sunak, gained the backing of more Tory MPs in each round of ballots in July, but failed to win over the party membership over the course of the summer. Although Ms Truss inherits Boris Johnson’s landslide majority in the Commons, her support among parliamentary colleagues remains unclear, leading many to suggest calling a snap election may be necessary.

Liz Truss has defeated Rishi Sunak in the Tory leadership race, securing 81,326 votes to her rival’s 60,399.

The results were announced by the chairman of the 1922 Committee, Sir Graham Brady, just after midday today, and mark an end to the 44-day contest to take over from Boris Johnson as Prime Minister.

Tomorrow, Ms Truss will travel to Balmoral in Scotland where the Queen will ask her to form a Government.

On her return to London, Ms Truss will announce her Cabinet – expected to feature Kwasi Kwarteng as Chancellor, Suella Braverman as Home Secretary and James Cleverly as Foreign Secretary – and move into Number 10. 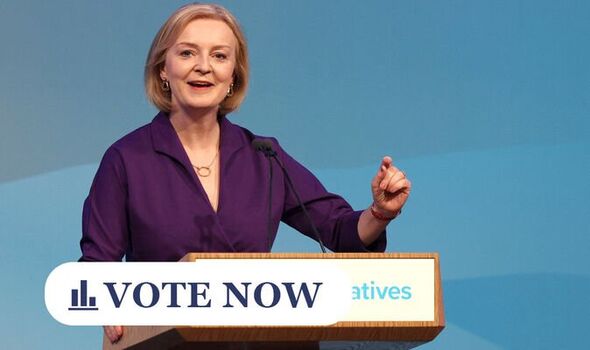 Ms Truss takes office at a moment of national crisis and will face immediate pressure to present her plan of action.

The rate of inflation hit a 40-year high of 10.1 percent in July, as some analysts predict a peak of over 20 percent early next year.

Energy bills – the driving force behind the cost-of-living crisis – will rise by 80 percent when the price cap is raised by the regulator in October, and are widely expected to surge beyond £6,000 a year for the average household come April.

In early August, the Bank of England also forecasted the UK economy was headed for recession in the closing months of 2022, expected to last for the whole of the following year.

The Conservatives don’t face a general election until 2024, but many have suggested that if Ms Truss hopes to secure her own mandate from the British people to govern through the dark days ahead, a snap election may be necessary.

Another reason Ms Truss may be tempted to call an early election is the uncertainty surrounding her support within the House of Commons.

Despite securing almost 21,000 more votes than Mr Sunak among the wider Tory party membership, the former Chancellor came top of all five ballot rounds of Conservative MPs in July.

Ms Truss gained the backing of Nadine Dorries, Jacob Rees-Mogg, Sajid Javid and Penny Mordaunt throughout the summer, but high-profile Tory names such as Micheal Gove, Dominic Raab and Jeremy Hunt sided with her rival.

The latest polling from YouGov reveals the Conservatives are 15 points behind Labour on voting intention if a general election were to be held tomorrow, their largest deficit since 2013.

However, with Mr Johnson now out of the picture – for the time being – the new Prime Minister may carry with her the boost in support from the public needed to make an election gamble worthwhile.

So what do YOU think? Should Liz Truss call a general election? Vote in our poll and join the debate in the comment section below.