Home » Politics » Peston dismantles Starmer’s blueprint for UK recovery – ‘Not sure about his big idea!’

Sir Keir took a major step in his leadership on Thursday as he set out the new policy. But, following his speech, Mr Peston criticised the plans claiming they were not “quite as bold as” Sir Keir has claimed.

ITV’s political editor tweeted: “I am not sure Keir Starmer’s big idea – a special government ‘recovery’ bond to harvest household excess Covid-19 for investment in communities – is quite as ‘bold’ as he claims, unless he is proposing to pay an interest rate well above the near-zero gilts rate, in which case its Government redistributing income to the middle classes and those with more savings and higher earnings.

“Which doesn’t sound like tough political choices being made.

“And it certainly doesn’t sound like tackling inequalities. But let’s wait for the small print.”

In his speech, Sir Keir said his “recovery bond” would help to build “the infrastructure of the future” and could raise billions to invest in local communities. 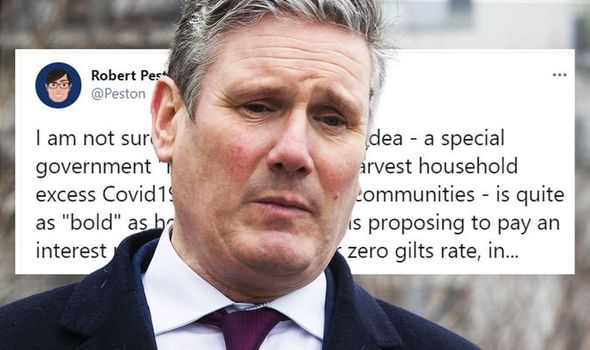 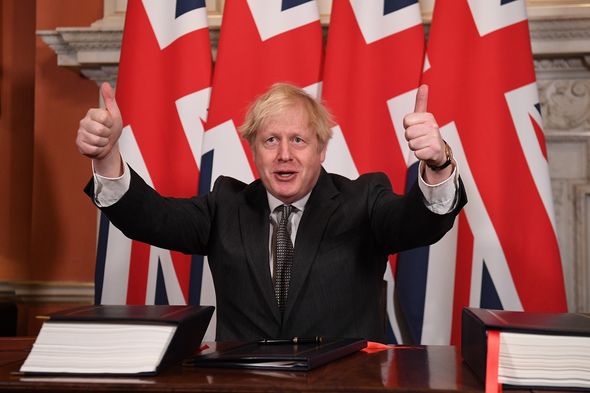 He said: “If I were prime minister, I would introduce a new British Recovery Bond.

“This could raise billions to invest in local communities, in jobs and in businesses.

“It could help build the infrastructure of the future.

“Investing in science, in skills, in technology for British manufacturing. 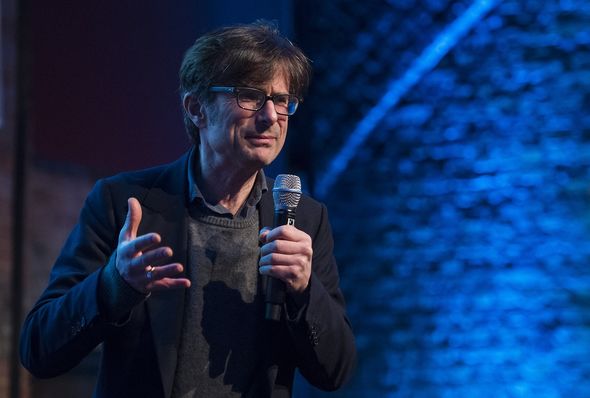 “It would also provide security for savers and give millions of people a proper say in Britain’s future.

“This is bold, it is innovative and it’s an example of the active empowering government I believe is needed if we are going to build a more secure economy.”

He also set the Opposition party on a “moral crusade” to rebuild after a “decade failed Conservative ideology”. 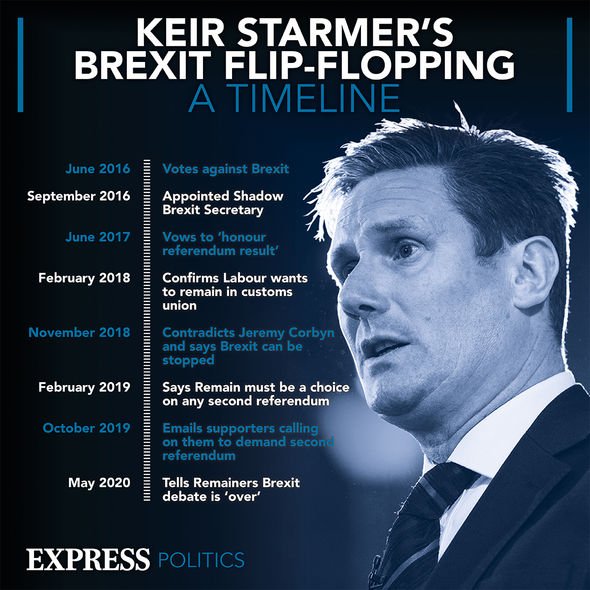 Sir Keir said: “Our moral crusade now is to address the inequalities and injustices that this crisis has so brutally exposed – and to build a better, more secure future.”

He also promised Labour would “begin a new chapter in the history of our country” following the coronavirus pandemic outbreak.

The speech comes ahead of Chancellor Rishi Sunak’s Budget next month.

Sir Keir warned this is “no time for a second wave of austerity – and this is no time for tax rises on businesses on families either”. 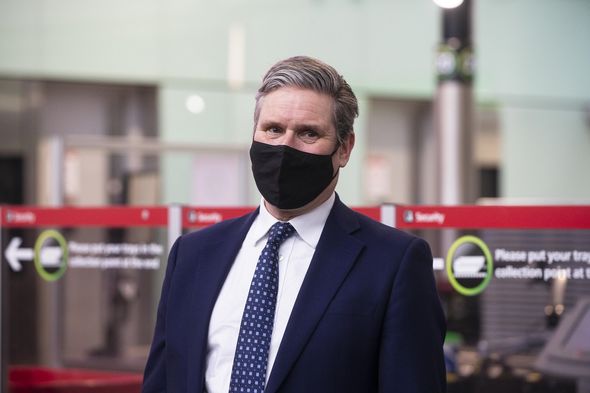 He continued: “They [Conservatives] try to pretend this is a different Conservative Party.

“You could have fooled me.

“If you can’t decide whether to plunge hundreds of thousands of children into poverty by cutting universal credit, you have no chance of mending our broken system.”

He added: “If you vote against children getting free school meals, you’re not going to find the solution to millions of children growing up in poverty.

“If you can’t support three million self-employed people, but you can spray billions on contracts that don’t deliver for our NHS, you’re not going to be able to build the economy of the future.

“And if you freeze pay for millions of key workers you’re hardly going to build the high wage, high standards Britain that we so desperately need.”