MPs are debating parliamentary standards after a U-turn on reforming the disciplinary system for MPs and veteran Tory Owen Paterson’s breach of lobbying rules.

Tories were given a three-line whip to support the proposal to set up a new committee, chaired by a Conservative MP, to draw up plans for a new appeals system.

However, only 250 MPs backed the proposal and opposition MPs vowed to boycott the committee. 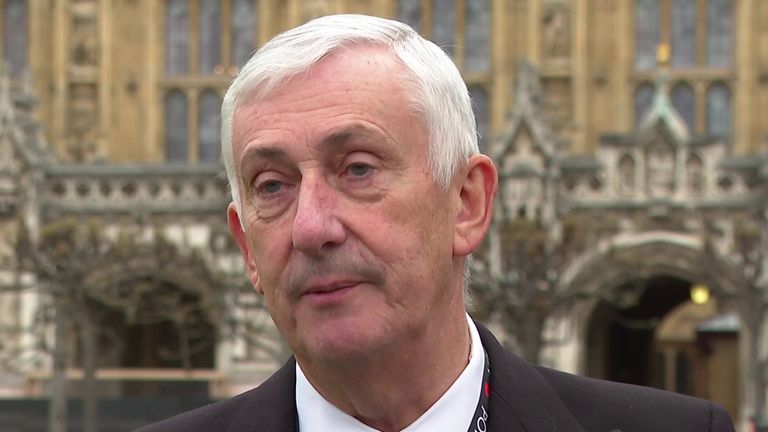 MPs also chose not to back the cross-party Standards Committee’s call for a six-week ban from parliament for Mr Paterson, but hours later he resigned as an MP saying the situation was too much for his family.

Then on Thursday morning, leader of the House Jacob Rees-Mogg announced a U-turn, saying any reforms to the standards system would need cross-party support.

Hours before Monday’s Commons debate, Boris Johnson declined to apologise for his handling of the scandal surrounding Mr Paterson and said it is “very important” to get the standards system right.

The PM is not attending the debate as he had a prior visit booked at a hospital in Northumberland and Chancellor of the Duchy of Lancaster Steve Barclay is responding for the government.

In a sign that the controversy could be affecting support for the government, an Ipsos MORI poll puts Labour on 36% and the Tories on 35%.

Satisfaction in the way the PM is doing his job has fallen five points since September (39% to 34%), while 61% are dissatisfied with his performance (up 10 points in the same time span).

The telephone poll was conducted over the course of seven days. The vote on whether to spare Mr Paterson suspension and the subsequent government U-turn, only occurred in the final three days of the polling period.