Agriculture Minister Edwin Poots has come under fire over the move after he previously declared he had “no intention of facilitating infrastructure at Northern Ireland ports”. The province is gearing up for the end of the Brexit transition period at the end of the year and is keen to make preparations as it goes forward into a new phase.

Under the terms of the Withdrawal Agreement signed by the UK and the EU, the Six Counties will continue to enforce the bloc’s customs rules.

And Brussels’ rules on product standards will have to be followed under the Northern Ireland Protocol.

After the transition period has come to an end, some checks on goods coming into the province from Great Britain will be required. 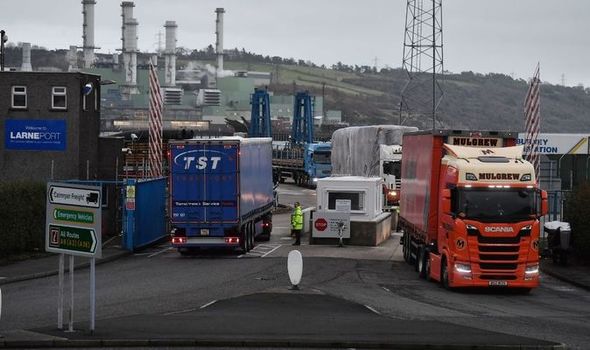 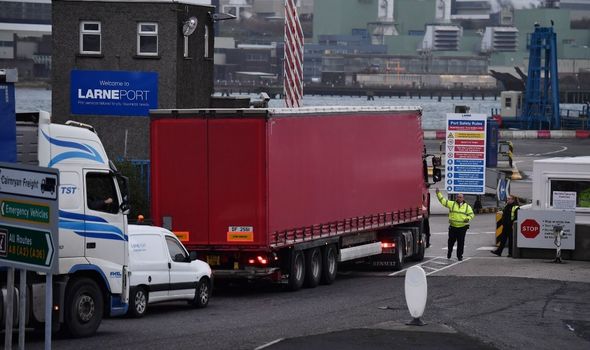 He said: “In March Edwin Poots assured me in response to a written question that he had ‘no intention of facilitating infrastructure at Northern Ireland ports’.

“Yet now the tender for building border control posts has been published via the CCS (Crown Commercial Service) framework.

“Bids have to be in by September 25 and award will be made within a week of that. 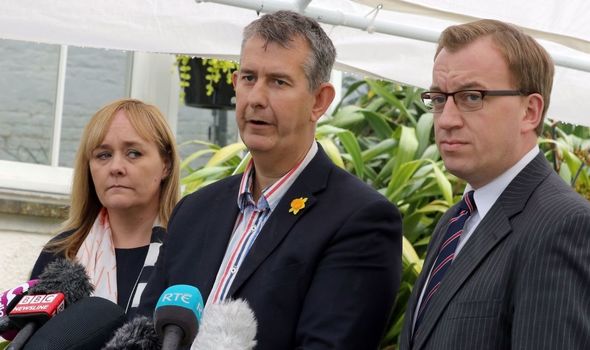 “Far from the Agriculture Minister resisting the imposition of a border he is going about installing one in double quick time.”

Tenders for the work at a number of sea ports in Northern Ireland have been made public.

Bids must be made by later this month. 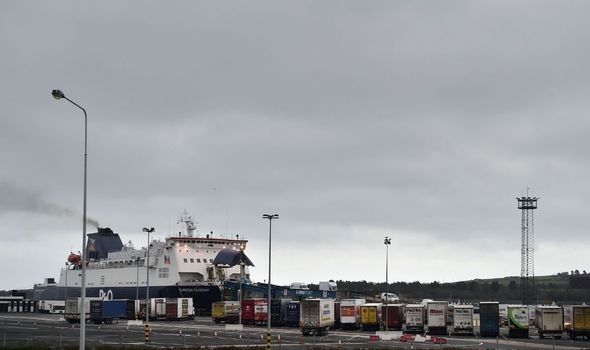 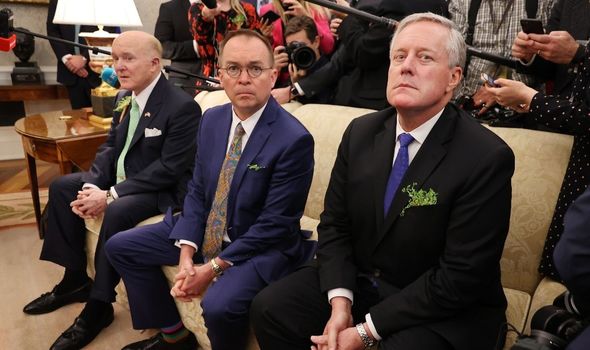 Environment Secretary George Eustice this week reached out to the Department of Agriculture, Environment and Rural Affairs (DAERA) seeking “clarity on a range of issues in order to minimise the impact or any additional costs on Northern Ireland businesses and taxpayers”, according to the BBC.

In a statement, DAERA added: “The UK government have now clarified what is required and officials are progressing work to ensure DAERA implements what is needed to meet those requirements.

“There is a binding international agreement passed by Westminster to implement the Northern Ireland protocol.

“Approved points of entry are a legal requirement for the purposes of protecting public health, securing safe food supply and protecting animal and plant health.”

Donald Trump’s envoy to Northern Ireland last week urged Boris Johnson not to let his Brexit plans result in a hard border in Ireland “by accident”.

Mick Mulvaney voiced his concerns in an interview with the Financial Times. 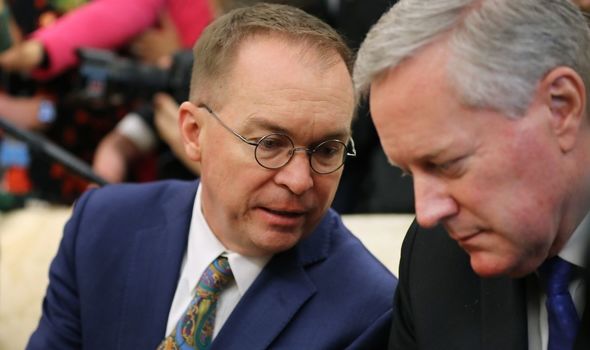 He said: “Everyone assures me that no one is interested in seeing a hard border between the republic and Northern Ireland.

“We appreciate that, we respect that and we agree with that. The one thing I keep trying to assure is on the front of everybody’s mind is avoiding a border by accident.

“The Trump administration, State department and the US Congress would all be aligned in the desire to see the Good Friday Agreement preserved to see the lack of a border maintained.”