HOUSTON (Reuters) – Mourners gathered in Texas on Monday to pay their respects to African American George Floyd, who died in police custody two weeks ago, as pressure intensified for sweeping reforms to the U.S. justice system in the wake of nationwide protests.

Demonstrators’ anger over the May 25 death of Floyd, 46, is giving way to a growing determination to make his case a turning point in race relations and a lightning rod for change in the way police departments function across the country.

Floyd died after Derek Chauvin, the white officer accused of killing him, knelt on his neck for nine minutes in Minneapolis. A bystander’s cellphone captured the scene as Floyd pleaded with the officer, choking out the words, “I can’t breathe.”

In Houston, where Floyd grew up, American flags fluttered along the route to the Fountain of Praise church as hundreds of people waited in line to view his casket, some wearing T-shirts with the words, “I can’t breathe.”

“It’s a great day today. A lot of changes are being made. It’s a tragedy a life had to be taken,” said Perence Mcintosh, a black Houston resident who was among those in line.

Presumptive Democratic presidential nominee Joe Biden, who is challenging Republican President Donald Trump in a Nov. 3 election, planned to meet Floyd’s family in Houston later in the day, according to his aides.

Floyd will be buried on Tuesday. Reverend Al Sharpton, a black civil rights leader, is expected to give the eulogy.

In Washington, Democrats in Congress unveiled legislation that would make lynching a hate crime and allow victims of misconduct and their families to sue police for damages in civil court, ending a legal doctrine known as qualified immunity.

The 134-page bill also would ban chokeholds and require the use of body cameras by federal law enforcement officers, restrict the use of lethal force, and facilitate independent probes of police departments that show patterns of misconduct.

It does not call for the funding of police departments to be cut or abolished, as some protesters and activists have sought. But lawmakers called for spending priorities to change.

“We have confused having safe communities with hiring more cops on the street … when in fact the real way to achieve safe and healthy communities is to invest in these communities,” Senator Kamala Harris, seen as a potential running-mate to Biden in the Nov. 3 presidential election, said at a briefing.

Democrats vowed to bring the legislation in coming weeks to the floor of the Democratic-controlled House of Representatives, where it is likely to face at least some Republican opposition.

House Republican leader Kevin McCarthy tweeted support for the police and said, “Democrats want to defund you, but Republicans will never turn our backs on you.”

The support of the Republican-controlled Senate and Trump would be needed for the measure to become law if it passes the House. Democrats hope public support for the protests that have swept the country since Floyd’s death will propel the bill. 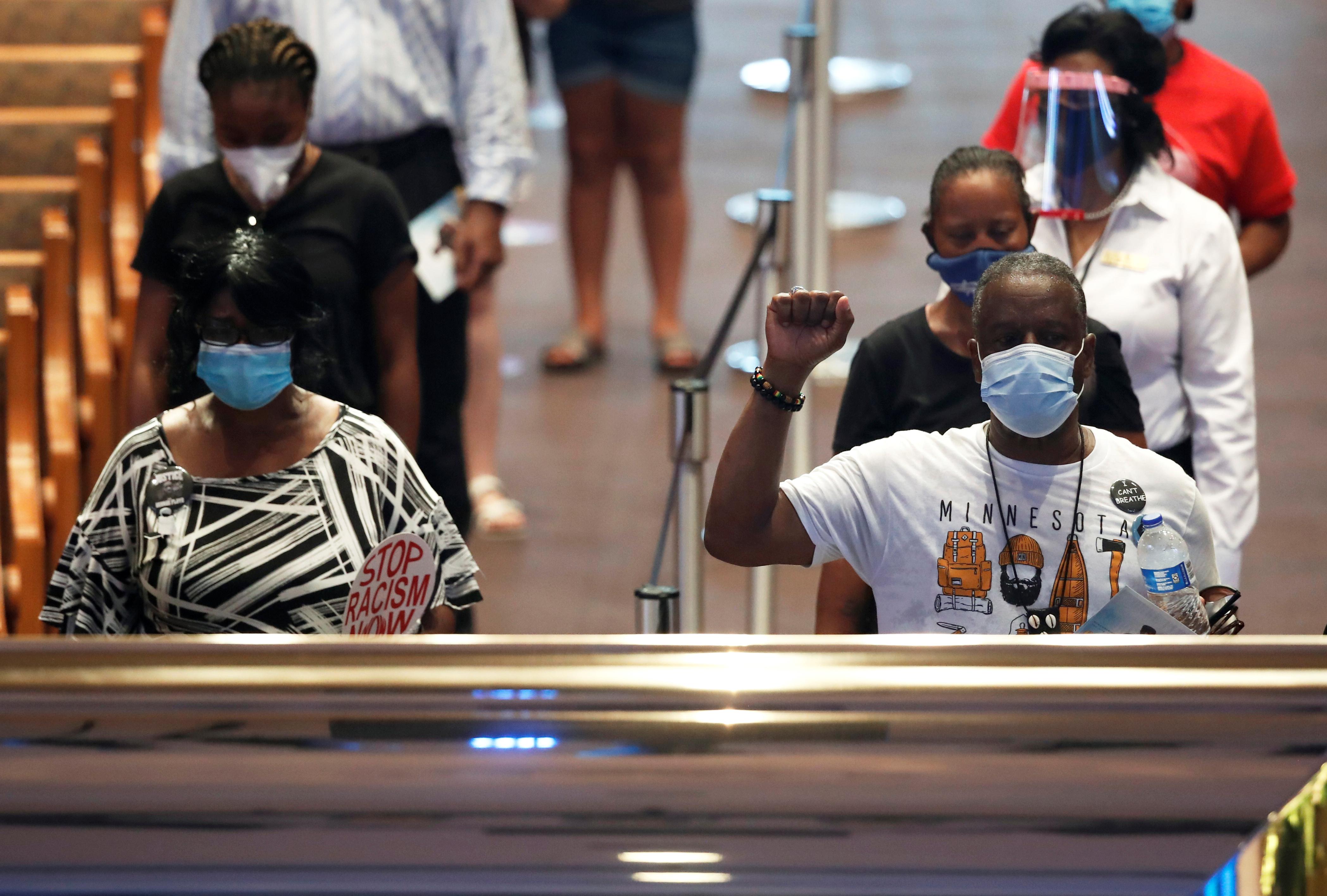 Though there was violence in the early days, the protests have lately been overwhelmingly peaceful. They have deepened a political crisis for Trump, who repeatedly threatened to order active duty troops onto the streets.

Huge weekend crowds gathered across the country and in Europe. The high-spirited atmosphere was marred late on Sunday when a man drove a car into a rally in Seattle and then shot and wounded a demonstrator who confronted him.

Floyd’s death was the latest in a string of deaths of black men and women at the hands of police that have sparked fresh calls for reforms here and renewed calls for racial equality as the United States reopens after weeks of unprecedented lockdowns for the coronavirus pandemic.

Chauvin, the officer who was seen with his knee on Floyd’s neck, was due to appear in a Minneapolis court on Monday. He has been charged with second-degree and third-degree murder as well as second-degree manslaughter.

A majority of the members on the city council in Minneapolis have pledged to abolish the police department in favor of a community-led safety model, a step that would have seemed unthinkable before Floyd’s death.

Minneapolis Mayor Jacob Frey, who ran a gauntlet of jeering protesters over the weekend after telling them he opposed their demands for defunding the city’s police department, told CNN on Monday he was opposed to abolishing the police. New York Governor Andrew Cuomo said on Monday he believed people were asking for fundamental, basic changes to policing and that departments would have to understand that they were operating in a different reality.

“I think you will see a shift all across police departments,” Cuomo said.

New York City Mayor Bill de Blasio announced reforms aimed at building trust between residents and the police, including shifting money out of the police budget and toward youth and social services in communities of color.