The German Chancellor failed to convince, together with President Macron, other EU leaders to agree to the resumption of talks with Russian President Vladimir Putin. Ms Merkel’s proposal was rubbished by seven Eastern European states and was slammed by former Estonian President Toomas Hendrik Ilves.

According to Eurointelligence Director Wolfgang Munchau, the move was the umpteen proof that the German Chancellor lacks the necessary diplomatic skills to be a leader.

Writing in his latest column, Mr Munchau claimed that the German leader failed both at home and within the EU over her 16 years of leadership.

He wrote: “Merkel’s lasting legacy for the EU will be a recognition that strategic autonomy has been tried and that it failed.

“Neither Merkel nor Macron have provided strategic leadership.

“If you look at the field of potential successors, I see no change on the horizon.

“The EU’s future success will depend critically on weaning itself off the illusion of Franco-German leadership. 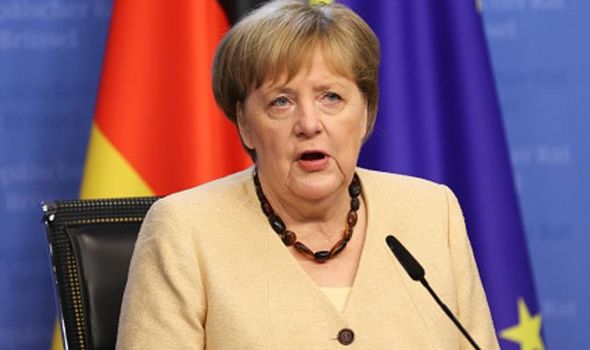 “Any discussion on strategic autonomy should start with strategy, and not with who gets to sit on the chair or the sofa, as it is done today.”

Referring to Ms Merkel’s failure to convince EU leaders on Russia, he continued: “The events of Last week ended another European delusion – the idea of majority voting on foreign policy.

“If majority voting had been in place, a majority of 20 countries would have been able to outvote the seven, mostly smaller countries, who objected.

“The Baltics will stick to the veto because they know full well what happens when they don’t.”

In his brutal take of the German leader’s political career, Mr Munchau added: “The Merkel years were also the last hooray of a bygone, late-industrial era.

“When it ends, people will ask the uncomfortable questions they did not ask during those years: why did a rich country like Germany fail to invest in new technologies? Why did she refuse to lay solid foundations for the euro area?

“Why did she do business with Putin and make her country dependent on Russia’s natural resources?

“Why did she agree to climate change targets and then fail to implement them?

“I concluded a long time ago that Merkel is the most over-rated political leader of our time. Last week a few more people began to see that too.” 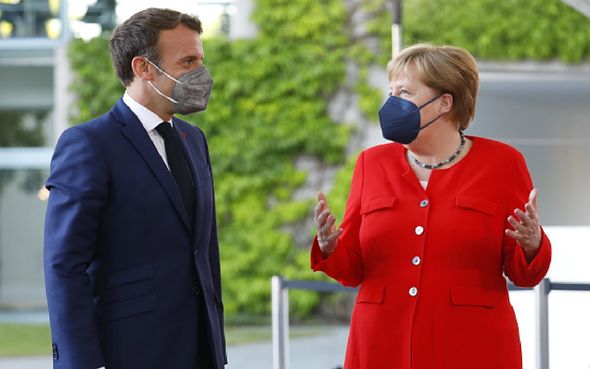 Ms Merkel was also criticised by German politicians in the European Parliament this week.

He said: “Even if Germany and other countries are now criticising Hungary, they are jointly responsible for the dismantling of basic European principles.

“Clear words and action against the weakening of the rule of law and democracy would have been needed much earlier.

“The corrupt conditions in Bulgaria for which the Bulgarian GERB is responsible should now even be rewarded with joining the euro.

“Armin Laschet also remained silent about the rule of law at the meeting with the Slovenian Prime Minister.

“There must be no false loyalties when it comes to dismantling basic European values.”

At the end of last week’s summit, he said: “The whole process of this summit seems to show that the internal state of the EU is getting worse and worse.

“It is very worrying if Germany and France, the two strongest forces in the EU, cannot get their way.”

This is the result of years of serious neglect, said the former EU Commissioner. Germany and the Chancellor also played their part in this: “In the serious crises that have shaken the EU in the last 15 years – financial crisis, refugee crisis, corona crisis – Germany has rather contributed to widening the rifts in the EU.”