WASHINGTON (Reuters) – The U.S. Treasury secretary and the Senate Democratic leader voiced confidence late on Monday for a deal to be reached soon on a far-reaching coronavirus economic stimulus package that had been stalled in the U.S. Senate as lawmakers haggled over it.

Negotiators made great progress on the bipartisan, $2-trillion stimulus measure on Monday, but without striking a final pact as they had hoped, Treasury Secretary Steven Mnuchin and Senate Democratic Leader Chuck Schumer told reporters.

“There are still a couple of open issues,” Mnuchin said, just before midnight. “I think we are very hopeful that this can be closed out tomorrow.”

Schumer said he thought the Senate could vote as soon as Tuesday, adding, “It’s a huge bill of $2 trillion with many different moving parts.”

They gave no specifics about remaining obstacles, but Democrats have said the stimulus plan originally proposed by Republicans contained too little money for states and hospitals and not enough restrictions on a fund to help big businesses.

Two attempts to advance a Republican measure in the Senate failed in the past two days, despite the party’s majority.

In the second attempt, on Monday, the 49-46 vote fell short of the 60 needed to advance, as only one Democrat voted with Republicans.

Congress has already passed two packages of legislation to blunt the economic toll of the pandemic, which has killed more than 550 people in the United States and sickened more than 43,800, thrown millions out of work and led state governors to order nearly a third of the nation’s population to stay at home.

Tempers have frayed as Republicans accused Democrats of obstruction during a national emergency, even as talks continued for days. 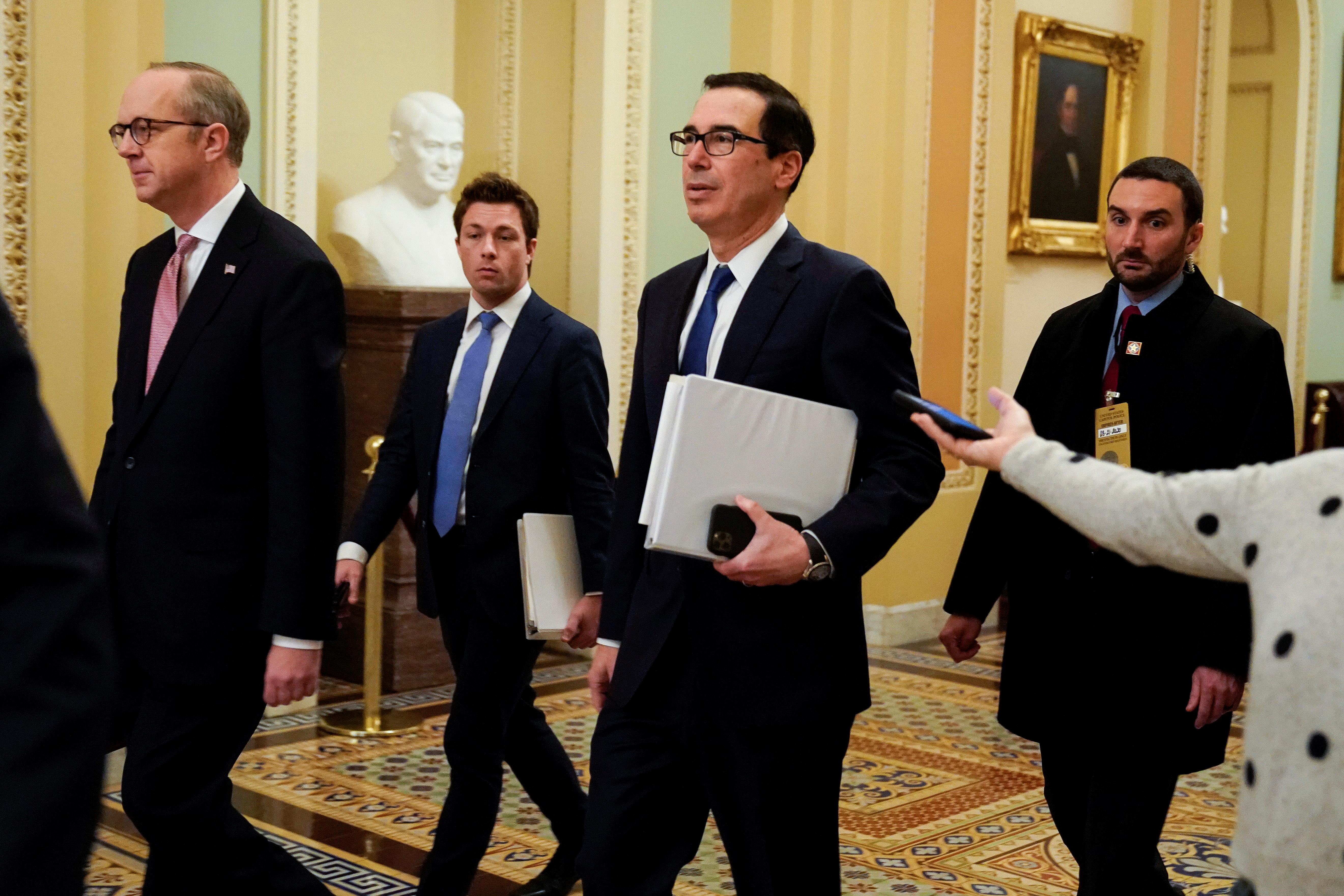 Republican President Donald Trump lashed out on Twitter just as Mnuchin and Schumer spoke, accusing Democratic House of Representatives Speaker Nancy Pelosi of taking an “extended vacation” and then making demands he would never agree to.

“The Democrats want the virus to win?” Trump said in the Twitter post. “They are asking for things that have nothing to do with our great workers or companies.”

Democrats insist any agreement must include more oversight provisions for a $500 billion fund for large businesses, to avoid giving corporate leaders a blank check. Asked about that, Trump responded to reporters, “I’ll be the oversight.”

Mnuchin, the Trump administration’s point person on coronavirus legislation, said he would return to the Capitol at 9:30 a.m. EDT (1330 GMT) on Tuesday to resume discussions.

He told reporters Trump would like to have a deal and was hopeful it could be concluded on Tuesday.

The administration launched a major push last week for action to blunt the economic impact from the pandemic, and an accompanying steep decline in the stock market, after Trump himself spent several weeks dismissing the virus’ risks.

Republicans said Democrats were seeking to add unrelated provisions, such as expanded tax credits for wind and solar power and increased leverage for labor unions.

Democrats said provisions sought by Republicans would exclude nonprofit groups from receiving small-business aid, and extend a sexual abstinence-education program due to expire in May.

Pelosi, who has been involved in the Senate talks, also released her own counterproposal, which would add billions of dollars to help states conduct elections by mail. 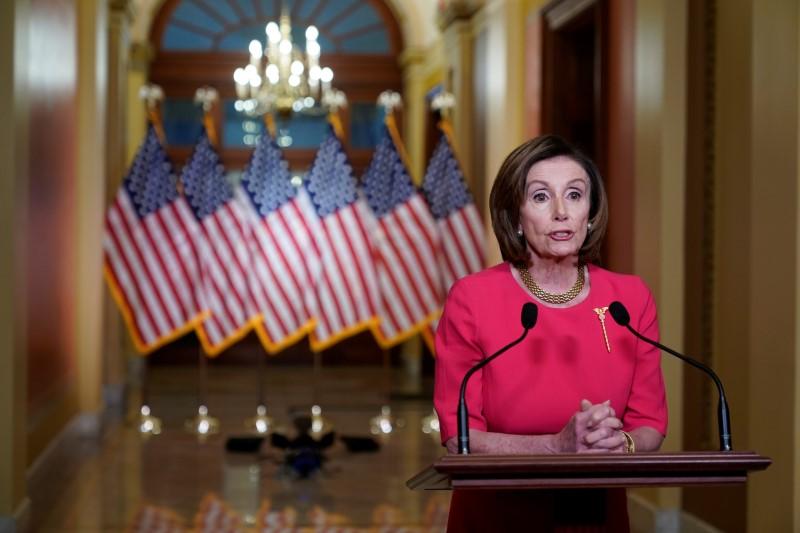 Republicans hold a slim 53-47 majority in the chamber, short of the 60 votes needed to advance most legislation. But the coronavirus has trimmed their ranks, giving Democrats more leverage.

On Sunday, Republican Senator Rand Paul said he tested positive for coronavirus. But since he kept circulating on Capitol Hill after getting tested, three other Republicans decided to self-quarantine as a precaution.