France has rejected the idea of a joint British-French patrol in the English Channel to deal with the rising number of migrant crossing – but said Paris officials are “ready to pursue our operational cooperation” with the UK.

Writing to Boris Johnson, French Prime Minister Jean Castex told his British counterpart that his country “cannot accept” either “British police or military patrol at our coast” as “a matter of our sovereignty”.

A Number 10 spokesperson said UK ministers “stand ready to discuss all options in the spirit of our close cooperation and partnership”. It comes after the UK PM suggested earlier this month that a joint coast patrol of the Channel by both British and French officials could help to prevent the dangerous crossings.

In a letter to French President Emmanuel Macron last month, Mr Johnson said the move could prevent the loss of life.

A total of 27 individuals lost their lives in the Channel last week after their inflatable dinghy sunk off the French coast.

Among the dead publicly identified were a pregnant woman, children and a 24-year-old Kurdish woman from northern Iraq trying to reunite with her fiancé.

It was the worst tragedy since the current crisis began.

Writing a letter to Mr Johnson, Mr Castex said the UK should do more to deter irregular migration, adding that the French cannot be solely responsible for policing people who are desperate to get to the UK who only spend “a few days and sometimes a few hours” in France.

The French PM wrote that Paris cannot accept “the United Kingdom’s practice of push backs”, which, he says, “would endanger the lives of migrants and would not be in accordance with the law of the sea”.

But Mr Castex added that France will continue to co-operate with Britain on the issue of migrant crossings.

“We have always agreed to examine and discuss in good faith British proposals for closer cooperation. We have accepted some, we have declined others.

“There have always been good reasons for this: we cannot accept, for example, British police or military personnel patrolling our coasts; this is a matter of our sovereignty, and I know how sensitive your government is to respecting everyone’s sovereignty. Nor can we accept the United Kingdom’s practice of push backs at sea, which would endanger the lives of migrants and would not be in accordance with the law of the sea.

“Instead, we want to see increased intelligence sharing, including in our Joint Operations Research Unit (JORU), and we continue to deploy an ever-increasing number of reservists to our coastline.” 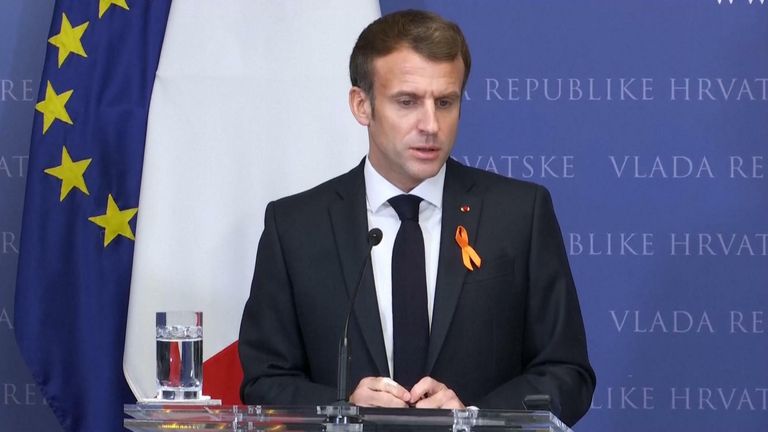 Mr Castex added that France plan to initiate discussions with the UK on a new framework “which could include a mechanism for virtuous transfers between the United Kingdom and the European Union”.

“I hope that our cooperation can continue in a constructive spirit of mutual trust,” he concluded.

A Number 10 spokesperson said: “Last week’s devastating events were a tragic reminder of the dangers of these crossings and like our French neighbours the UK government is determined to prevent further loss of life in the Channel.

“We stand ready to discuss all options in the spirit of our close cooperation and partnership, and as a shared, global challenge it is vital we address illegal migration collectively and urgently.”

The letter comes after a French newspaper reported that President Macron branded Mr Johnson a “clown” in charge of a “circus”, amid worsening relations sparked by the migrant crisis.

The comments were allegedly made hours after 27 people drowned in the Channel. 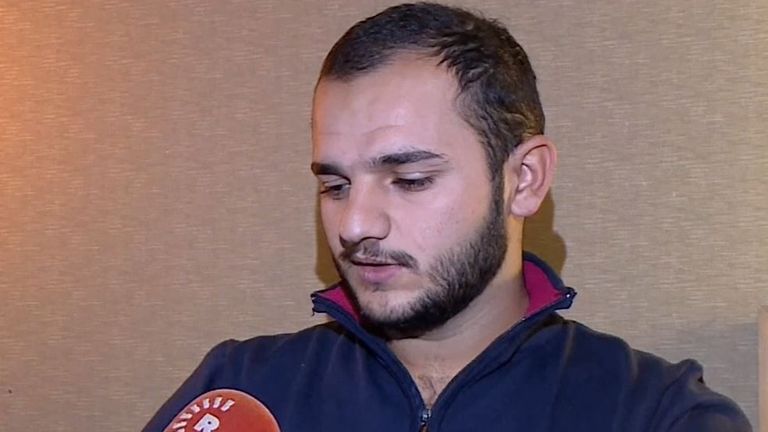 The president reportedly said: “It’s sad to see such a great country, with which we could do so much, led by a clown.”

The disparaging speech came after Number 10 insisted that Mr Johnson and Mr Macron have a close “working relationship”.

It follows a diplomatic spat over how best to tackle the Channel migrant crisis.

Downing Street has continued to insist a returns agreement, as set out by Mr Johnson in a letter to French President Emmanuel Macron last week that infuriated Paris, would be the “single biggest deterrent” to migrants attempting the sea journey.

A returns agreement with the European Union would allow the UK to send people back to the member state where their journey had originated from, such as France or elsewhere, if their asylum claims are rejected after arriving in Britain.

London pushed for such an agreement during the Brexit talks but Brussels turned the offer down.

“Both agreed there needs to be rapid discussion on a new Europe-wide initiative for cooperation to tackle organised immigration crime,” a Home Office statement said.

“They also agreed the importance of returns to third countries and readmission agreements between the UK and Europe as an important part of the overall effort to tackle the irregular migration problem.”

The Nationality and Borders Bill, which contains proposed reforms to asylum and immigration laws, is currently going through parliament.

The Bill would make it a criminal offence to help an asylum seeker gain entry to the UK.